“These two movies — they’re for thinking people.”
Well, THAT’S the perfect way to insult the movie going public WHO THOUGHT-nope, ain’t gonna see some flicker show about politicians and another ass-wipe cook who thinks he’s special.
That’s telling us!

Let’s be frank, an analysis of good and bad scripts suddenly goes out the window with the right actors / directors attached. That’s just true. This has been proven many times over. A Joe Esterhaus script that sold for one of the highest prices ever, was re-titled and an unknown writers name attached. It was lambasted non-stop by readers. The adage that Hollywood is “Who you know and who you blow” is very, sadly true. So Hollywood will look over hundreds of good projects and instead take one incestuously from friends and associates.

S is right – even though it sounds like an obvious comment. The point isn’t that movies need to be good, the point is that there aren’t real any fool-proof movie stars any more. Tom Cruise and Julia Roberts used to be able to open any movie, even if they weren’t good. There’s really no one that can do that any more. People thought Will Smith was the last remaining movie star of that ilk, but that’s obviously far from the truth based on his last few movies. You can take any of today’s biggest stars, but if you put them in a film that’s not well-reviewed (Burnt or Our Brand) or just not appealing (Steve Jobs), then the average Joe/Josephine just isn’t going to get in their car and spend $50. They have too many options.

In terms of “Our Brand…” political comedies rarely, if ever, do well. Speechless, Primary Colors, Swing Vote all appealed to a very limited audience. I think Wag the Dog did OK on the art house circuit. Who is the audience for this? I love Sandra Bullock in everything from “Gravity” to “The Heat” but I’m not about to rush out and see this at the theater. I might sample it on Netflix down the road.

Bradley Cooper? This when is he a star??? Yes, certainly kudos for “Sniper” but there he was playing larger than life. Cooper has yet to prove that he can open film after film on his own—he’s much stronger as part of an ensemble.

Both movies will be blown out of the water when “Spectre” opens next week. Can’t wait. 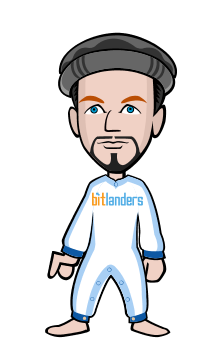