WE ALL SCREAM FOR 'THE SCREAM'

We all scream for The Scream, right? Well, most of us. Edvard Munch’s iconic 19th-century painting, The Scream is one of the most reproduced and highly recognized works of art in our modern day.

We have all seen The Scream and have probably seen it over a dozen times, possibly at the MoMa this past year. But what do you really know about The Scream? 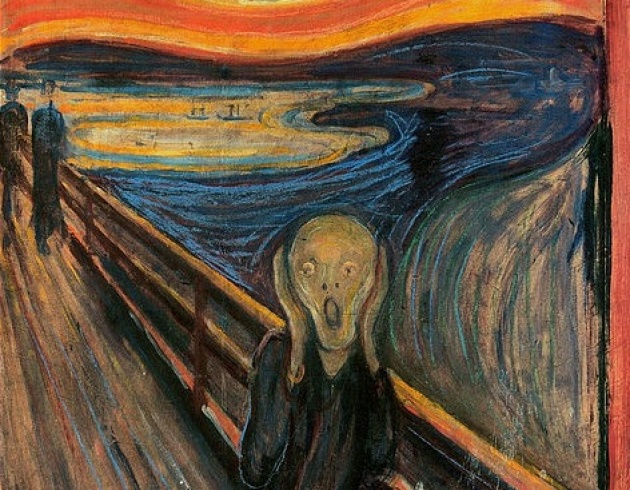 Some questions that I’ve always wondered about this painting is what does the screaming figure toward the center of the painting mean and what was the Dutch artist thinking when he came up with the concept for one of the most famous works of art?

Well one tiny fun fact that many of us are not aware of is that Munch originally created four versions of the same painting in various media. 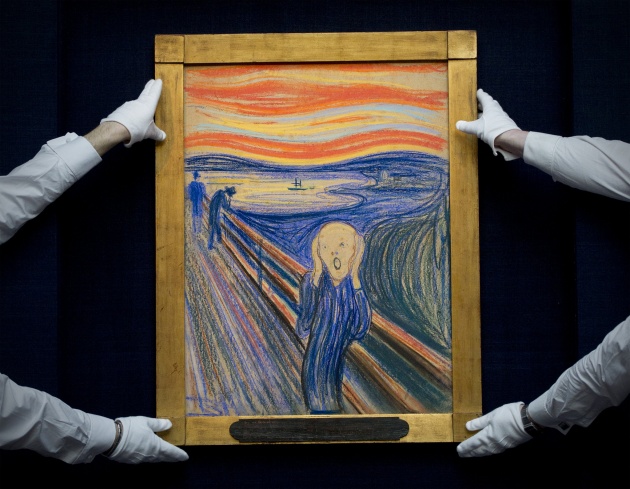 There are two painted versions that he created in 1893 and 1910 along with a pastel version and a lithograph (1893 & 1895) where the pastel was sold for approximately $120 million to financier Leon Black just last year.

So what was Munch thinking? Well, according to a diary entry in January of 1922, he described his inspiration for the painting as an experience he had as he was walking along a path. 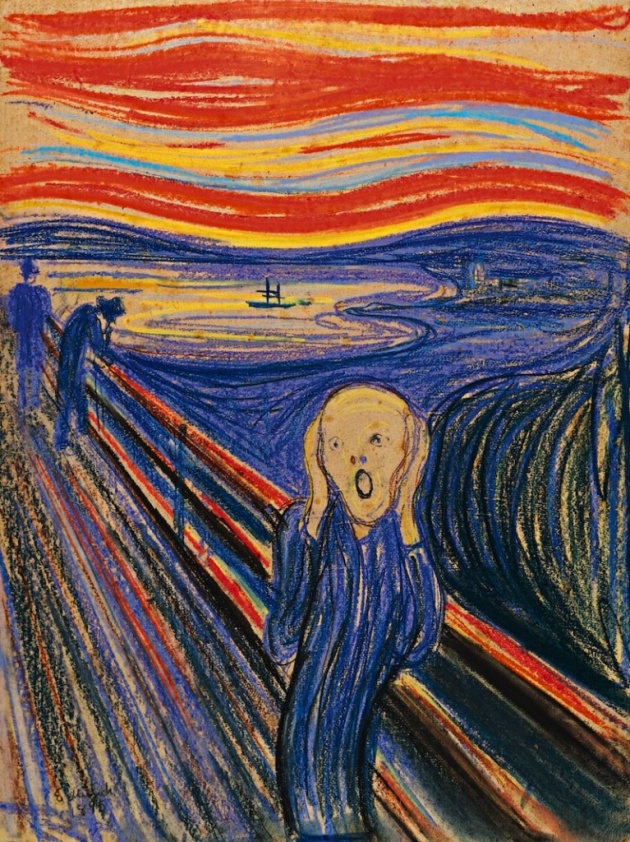 He stated he felt “tired and ill, I looked out over the fjord – the sun was setting and the clouds turning blood red”. Munch said that he sensed a scream and it seemed as though he heard the scream.

So Munch painted the sky blood red, which many scholars have theorized to represent a slaughterhouse in the vicinity of the area shown in the painting; but it remains debatable.

My personal understanding is the figure screaming in the painting represents Munch’s subconscious and innermost feelings that he tried to subdue. Munch struggled with his mental state and believed the painting is “the study of my own self”. 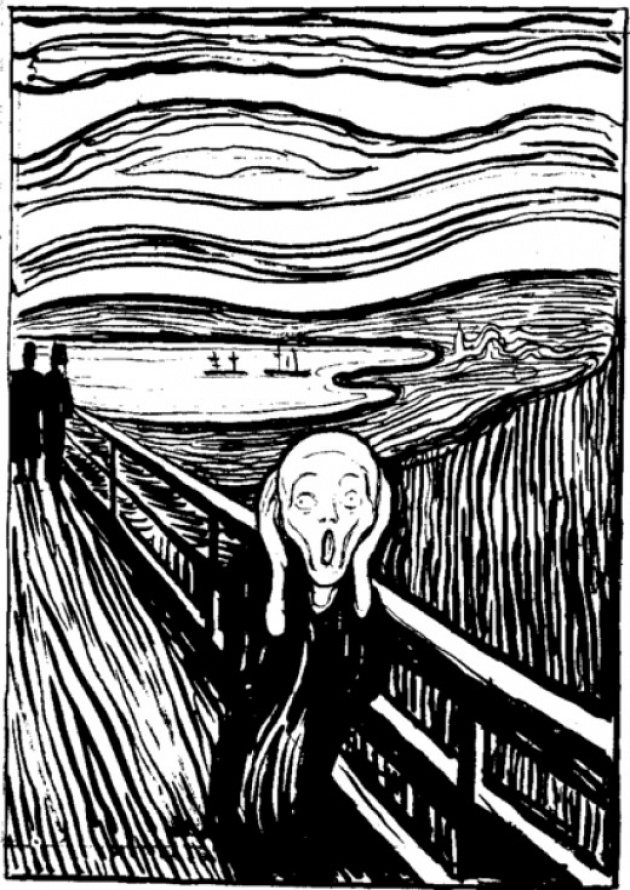 The two dark shadows represent Munch and his friend walking down the path (that he described) that is seen ‘bending over (in pain?) looking into the ‘water’ in one of the versions. I feel the scream represents Munch’s soul rather his innermost repressed emotions.

Overall, The Scream evokes a multitude of reactions within us. The only question left to answer is, how would you interpret this famous work of art?