Housefly are dirty flying insects that often accumulate themselves on dirty places. They particularly enjoy gathering themselves on rotten foods or carcass of a dead animal that are inappropriately thrown into the garbage or properly disposed. 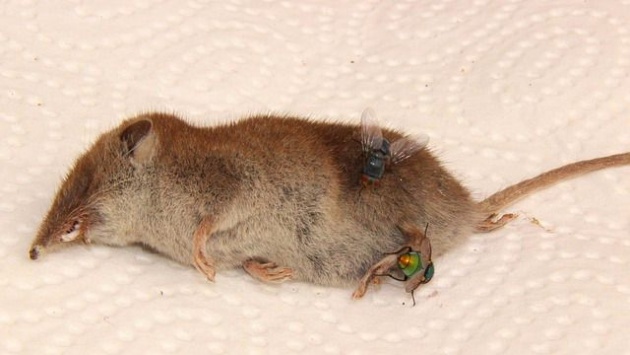 Dead carcass of a rat with house flies starting to feast on it. 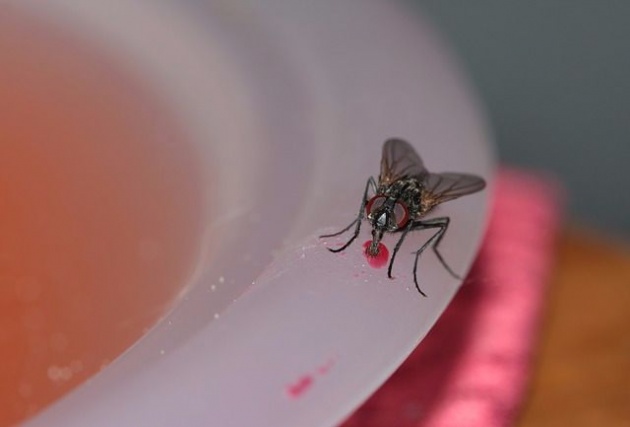 Common housefly feasting on the leftovers.

A large number of house flies flying around your house can be a serious problem. You have to know that these insects carries various forms of bacteria and they can also transmit diseases. This is pretty bad so it is important to get rid of them right away.

According to some scientific studies, a housefly can actually transfer over "100 pathogens" which can induce ailments, typhoid, tuberculosis, cholera and dysentery. These insects are able to collect these sorts of pathogens through their legs and mouths which they usually use in handling their foods.

Other Surprising Facts about Common Housefly

1. Housefly Do Not Have Mouth 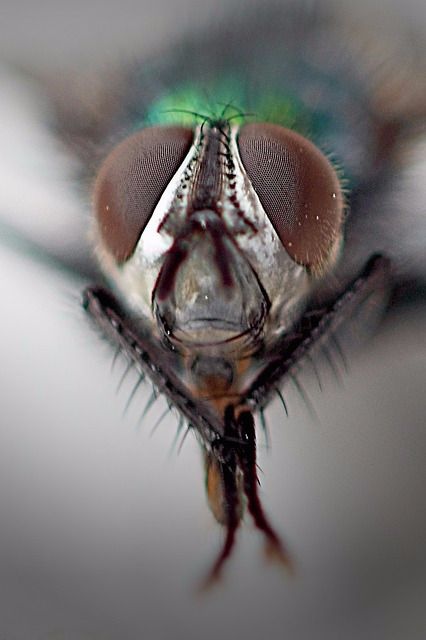 - You may be surprised to know that housefly does not have mouths to chew on their food. Instead, scientists had discovered that they eat their own food through a "tube". So when a certain housefly is about to consume its food, it will vomit some kind of fluid right into its meal. This fluid has the properties to dissolve and absorbed all the nutrients from the food. Once done, the fluid will be sucked up by the insect leaving countless number of bacteria behind.

- Based on some scientific research, a common housefly has the maximum capability to fly at a top speed of 5 miles per hour despite of its wings that only beat 20 thousand times per minute. In addition to this fact, a fly can also travel 13 miles away from its birthplace.

- If closely observed by your naked eyes, you can say that a fly have two eyes. But what makes them a unique form of insect is that, their eyes are actually composed of many tiny lenses. To be more specific, scientists claims that they have around "four-thousand separate lenses in each eye". Thus, they posses eight-thousand lenses which gives them a wide angle vision known as "Omnidirectional". This is what exactly explains why you can't capture a fly by surprise using your mere hands.

- April to September are the perfect months for the house flies to reproduce themselves. And here's the most surprising fact above all others, you may be shocked to know that the descendants of just one pair of flies can produce around "191,000,000,000,000,000,000..." (considering that they all lived and reproduced normally without the intervention of the Pest Control). If this happens then their population are more than enough to cover an entire land area of the world with a depth of 18 ft!

Moreover, housefly are insect-pests that needs to be terminated. As already mentioned above, they are major carriers of various forms of diseases in which they are able to collect through feeding on feces, trash and other decaying materials. Thus, if your house is infested with house flies then you need to seek immediate help from the professional insect exterminators.

Animals | Some kinds of Animals

Credits: Baby First Hello friends, how are you? I am talking here on the topic of Animals. Kinds of…