What's Up with Upshaw? Episode 3

Okay, it's been two weeks, maybe three, and I haven't blogged.  Things get busy.  But here's what's been going on:

Last night I did my usual gig at Paul Henry's Art Gallery in Hammond, Indiana doing caricatures.  Only this week I also let them know I design t-shirts.  Two people wanted my "Shoot for the Moon" t-shirt, and then someone paid me what they owed me from last week, and I did my usual round of caricatures.  Without disclosing any numbers, I made more money that night than I ever did at a PHG gig.  Now that's a confidence booster!

This week I joined a LinkedIn group for small businesspeople, and after introducing myself I've gotten all these comments from other group members.  A woman in Florida named Vanessa wanted to know if I could do a caricature of her for her business.  A former chemist turned entrepreneur (and a Harvard grad, no less) said he "liked" my Facebook fan page (http://facebook.com/Ladytooner).  Someone else said I had great "courage" becoming an online 'tooner.  Another confidence booster!

Finally, tomorrow I'll be at a networking event held at a jewelry store in Highland, Indiana.  It's being given by Renee, the publisher of Single Lifestyle Magazine.  I want to interest other entrepreneurs in using my illustration and animation services for their businesses.  I'll also be doing caricatures and (hopefully) show my latest animations at my vendor's table.  This event is free and open to the public, so I'll be selling my caricaturing at parties, too.  I have a feeling this will be another confidence booster! 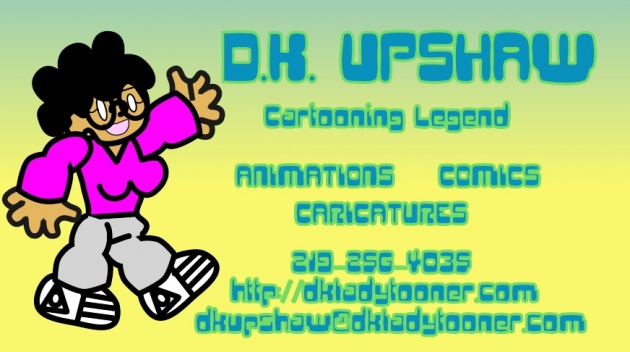 Viberate is one of the best music companies that offers you a very easy way to make money. You can …