Who's Directing the Next "Mission: Impossible?" 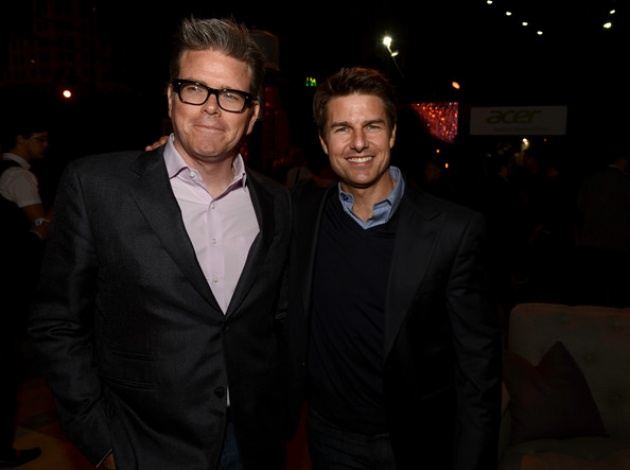 Paramount Pictures and Skydance Productions announced that the "Jack Reacher" writer/director will reunite with Tom Cruise for the next "Mission: Impossible" adventure.

The last "Mission" movie, "Ghost Protocol," earned nearly $700 million worldwide and became Cruise's highest grossing film to date.  It was directed by Brad Bird and I think it was the best "Mission: Impossible" film ever!

McQuarrie, who won an Academy Award in 1995 for writing "The Usual Suspects" may have a few tricks up his sleeve but following Bird's work may be a tough act to follow.

But according to Cruise, his mission is to have a new director for every installment with a new vision.  The actor says, “I began producing the films with the goal that a different director with his own vision would make each one.  Chris is an extraordinary filmmaker who will deliver the heart-pounding action and thrills that audiences around the world have come to expect from the Mission: Impossible franchise.”

The plot and release date have not been revealed yet.  Here's the full press release from Paramount:

McQuarrie will direct from a screenplay by Drew Pearce, with Tom Cruise reprising the iconic role of Ethan Hunt, who was first introduced to moviegoers in 1996.  The project will be produced by Cruise through Tom Cruise Productions, Paramount and J.J. Abrams’ Bad Robot, who served as producers on previous films in the hit series.  Skydance Productions, who served as co-financers and executive producers of the last installment, will work closely with the team in the development and production process.

“I am thrilled to reunite with Chris for the latest installment in the Mission series," said Cruise. “I began producing the films with the goal that a different director with his own vision would make each one.  Chris is an extraordinary filmmaker who will deliver the heart-pounding action and thrills that audiences around the world have come to expect from the Mission: Impossible franchise.”

McQuarrie recently wrote and directed “JACK REACHER” for Paramount and Skydance, with Cruise in the title role, based on the novels by New York Times bestselling author Lee Child.  His screenwriting credits include the upcoming “EDGE OF TOMORROW” and 2008’s “VALKYRIE,” both starring Cruise, as well as “THE USUAL SUSPECTS,” for which he earned an Academy Award® for best screenplay in 1995.

“MISSION: IMPOSSIBLE - GHOST PROTOCOL,” the 4th installment in the globally successful franchise, earned nearly $700M around the world and became Cruise’s highest grossing film to date in his storied career.

The “MISSION: IMPOSSIBLE” franchise has earned more than $2B at the worldwide box office, making it one of the most successful franchises in movie history.