Why are we superior to others? Here are the 9 Reasons That make us Superior to Other Creatures!

Humans always consider themselves as unique creature but scientists every year prove that some purely human traits are found in animals. 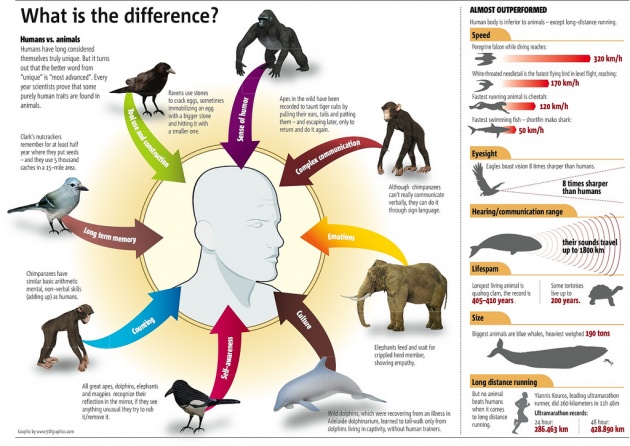 Humans have intellect and consciousness. We can distinguish between good and bad. It is one of the most important reasons for our supremacy. We have the decision making power. We can’t be compelled to do something against our wish.

Humans are the only creature that changes with time. Humans have progressive attitude. A donkey or any other animal of 21st century is same as that of 15th century. But is the 15th century’s humans are comparable to that of 21st century. Certainly Not.  So one of the reasons of our supremacy and uniqueness is our progressive attitude. We have now changed the course of our daily life by inventing useful gadgets.

We are the only creature of the world that has curiosity. We want to know the reasons of every happening. We can’t believe things as it. We are so curious that we have even researched on the smallest creatures of the earth. Take the example of microorganisms. We have researched that how many types of microorganisms are there? How are they produced? How they behave in severe conditions? How they affect human life? How they eat? And many more. Our curiosity never ends; we want to explore the depths of seas along with Height of sky. I don’t think that any other creature would have any researched about us……

Human are the only creature which goes through the process of self actualization. No other creature knows about itself but Human does. Humans do their own accountability. Humans know their worth. Humans question themselves. No other creature does the same.

Humans are social creature. (Not social animal….J). You haven’t seen any two groups of animals living together. Goat and line cannot live in a same cave. In fact all lions cannot live in one place. But we witness everyday that men from different countries, cast, religion and color live and work together.

According to all the religions of the world, prophets and divines are sent to Humans only. A prophet never tried to change any other creature. He was always meant for the humans only. Though, he definitely changed the behavior of the humans towards other creatures.

Humans are only creature of the universe that is answerable for his deeds and acts in this world, and according to religions after death too. No other creature is answerable to any one for their activities. 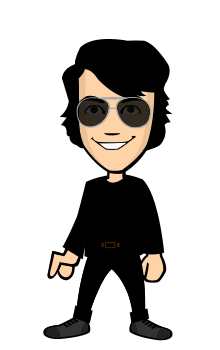 ARTIFICIAL INTELLIGENCE: What is Artificial Curiosity?