Afghanistan is a cold region country that has 4 season, spring, summer, fall, winter. But unfortunately Afghan people cannot enjoying from this blessing, because Afghanistan is a poor country which has been not having any earn and skills, that can use from mines and reserve ,in this cause we don’t have any electricity in summer and winter .

The small chhlh is 20 days, in these two parts of winter, the weather is frigid and cold and very foggy than the other days of winter. And the large chelah begin from yaldaa night that it’s the biggest night in the year, and the big chelah started from Capricorn 1 till Aquarius 10 and this chelah is 40 days. And small chelah started from Aquarius 10 till end of this mouth.These days are very cold and foggy in Afghanistan that coldness and icy reach to highest point. And about this case government don’t have any budgets that spend for import and produce of electricity.

Unfortunately Afghanistan was witness a cold and a peril winter 3 years ago. About 3 years ago an enormous and cold snow falls in Heart city. Approximately this snow was one meter and put on all of land, this snow cause many casualties and damage. 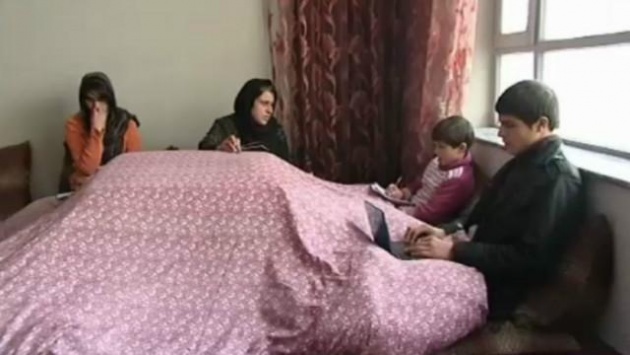 In that year all Afghan people was against with a critical situation. This snow has a lot of loss of life and property, some people loss theirs property and some of the other loss one part of their body. This winter had existed very much coldness and freeze.

Although Afghan people life is very simply, and their house not encounter from warmth center and they haven’t any facility in summer and winter. And government can’t to look after for people. In the last winter some people lose their hands and foots and some of them died. Approximately some of shapes and animals perished, and majority of people lost one part of their body. And it was a hard winter and a bad memory for all Afghan.

Example: yesterday I went to bookstore, I saw a poor boy at the way, he collects garbage, and he wore thin clothes without any coat. Her hands are red and swelling. I was very unhappy and I don’t fell fit myself. I ask from him "why you don’t wear warm clothes? "He said to me "that he had haven’t any clothes, I ask for him "why do your hands are swelling", he said to me "that it has been since 2012 years.I give for him some money that I have in my wallet and I say for him who go with me which give for him some clothes.