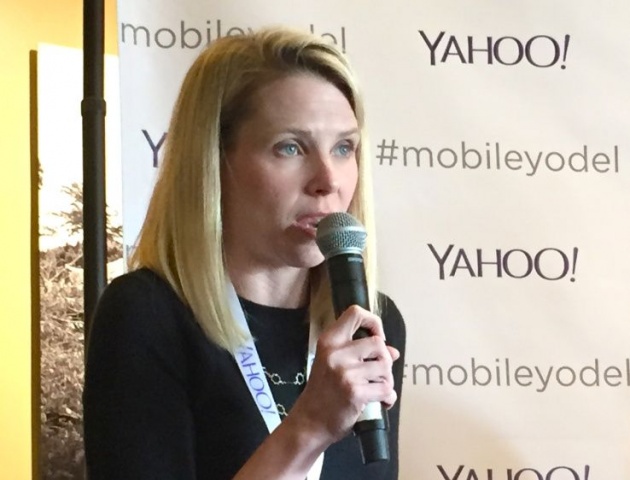 Yahoo CEO Marissa Mayer said at the Bloomberg Tech conference in San Francisco today that potential changes in the way its Alibaba spinoff could be taxed would not be an issue as the company continues its proposed spinoff of its Alibaba assets. Yahoo shares fell sharply in Maywhen there were reports that the IRS could change how it might tax spinoffs. That would affect Yahoo’s planned spin-off of its Alibaba assets.

“We’re proceeding with our plan as proposed,” she said. “It’s based on an understanding of a few key things. I can’t presume to speak for the IRS but given our understanding of that fact pattern, we should proceed with the transaction as planned.”

In January, when Yahoo said it planned to spin off its Alibaba assets, the process was expected to be essentially tax free. Yahoo shares briefly popped 3 percent after she made the comments at the Bloomberg Tech conference.

Throughout Mayer’s tenure, a significant portion of the excitement around Yahoo among shareholders was its large stake in Alibaba, a company worth $215 billion. Shareholders essentially had been salivating over how the company would handle its stake in the company, which rapidly became worth tens of billions as Alibaba continued to grow and eventually went public.

“We’ve also been reassured this isn’t specific to Yahoo,” she said.

“I think it’s too early,” she said. “We’re working with our advisers around maximizing the value of Yahoo Japan. Those opportunities, that’s a thing we’ll communicate with our shareholders in the future. We haven’t made a request for a ruling there, but a lot has to do with the underlying applicable laws.”

Photo Credit: Lost Angeles Times via http://www.latimes.com Hello everyone, Im back for the second …

(image source: itsecuritything.com)Yahoo logo. Hello everyone! Its nice to be back blogging. Ive bee…

The role of QUERLO in the INFORMATION DRIVE involving INTERNET PRIVACY, YAHOO! BREACHES and few of t…