Population refers to the total human inhabitants of an area at a specific time. The study of population as a discipline is known as……

Life in a Village

Life in a village Culturally, Pakistan’s rural folk enjoy a seemingly happy and contented life. Not that they tend to be…… 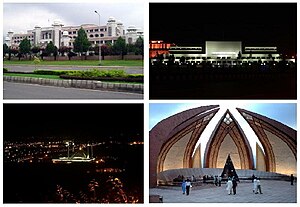 Islamabad From Wikipedia, the free encyclopedia     This article is about the city of Islamabad. For other uses, see Islamabad……

Fereshteh Forough is a founding partner of the Afghan Citadel Software Company (ACSC). Currently she is working as the Central and……

Journalism Gets Professional in Ghor Province

Have you ever heard of this term “haq bakshish”? Well 6 million of Pakistanis also don’t know about this term. Haq……

IN many countries around the world more and more people live in cities. Cities share many characteristics. But are also different……

The  main source of income in the country is agriculture .during its good raining……

Deficiency of Drinking Water in Afghanistan

The Ministry of Rural Rehabilitation and Development states that majority of Afghans don’t have access to drinking water. In……

Introduction:  This is the second in a four-part series of Film Annex interviews with Nancy Hatch Dupree, the American expatriate,……