A Simple Solution to Traffic

You have been living months away from home now. Eventually, you feel the urge of going home. You’ve booked your ticket and bought a souvenir for each of your relatives in your hometown. Then, the day of your flight comes and you’re happy that your plane has finally landed in a place near your home. You’ve excitedly called for a cab and took a long drive back home. But suddenly, you are stuck on a traffic. What a bummer, right? 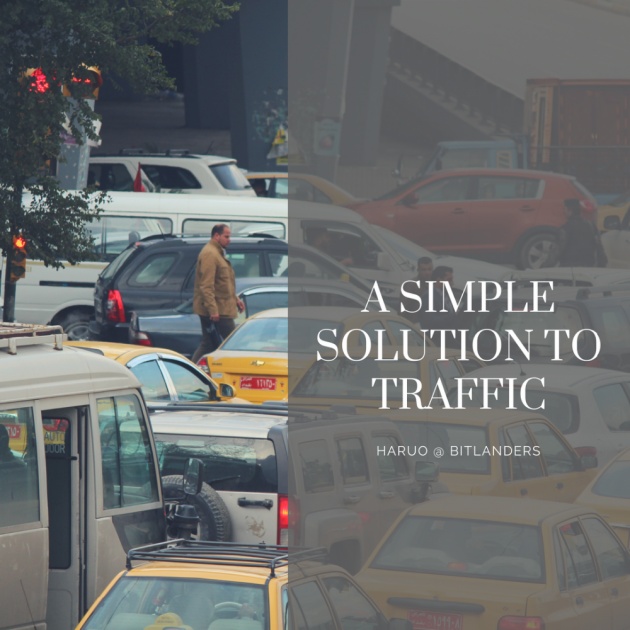 You see, traffic has become a common problem in growing towns and developed cities. Almost everyone has probably experienced their shares of the traffic nightmare. With thousands of vehicles competing in road, whether the road is narrow or wide, traffic exists. The government and other organizations have already proposed countless proposals to lessen the problem of traffic, yet people do not seem to see any change. Why is that so?

The Concept of Traffic

Are cars really the problem in traffic? 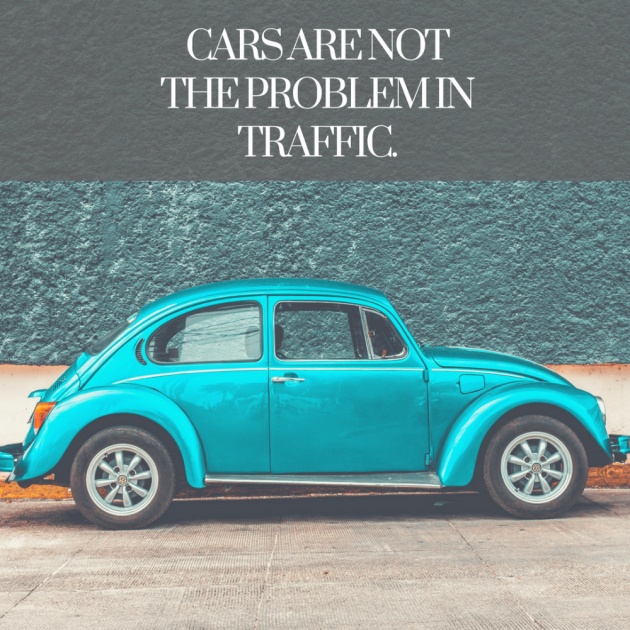 The answer is no. Just imagine this scenario; all people including you drive the same car in an intersection. The traffic light turns green and the people on your lane (you included of course) start to accelerate their cars. Suddenly, the traffic light turns red when you are halfway through the other side. You can’t turn back since the cars are on the other side have started accelerating nor you can move forward given that there are still cars in front of you. This simple scenario demonstrates how traffic occurs.

You might be thinking, “What causes you and the other drivers not to cross the other lane?” 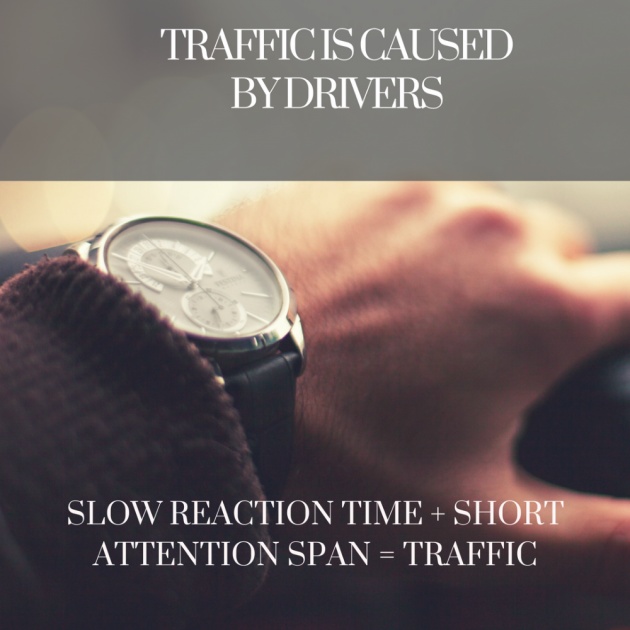 The answer is simple; there was no coordination on the vehicles on the road. Humans have a slow reaction time and a short attention span. Not all drivers can press the pedal of their vehicles at the same time when the traffic lights turn to green (and the same goes for the brakes for the red light). This non-coordination limits the number of cars that could cross the other side of the road and as a result, the lane behind crowds up creating traffic.

A Solution to Traffic: Highways? 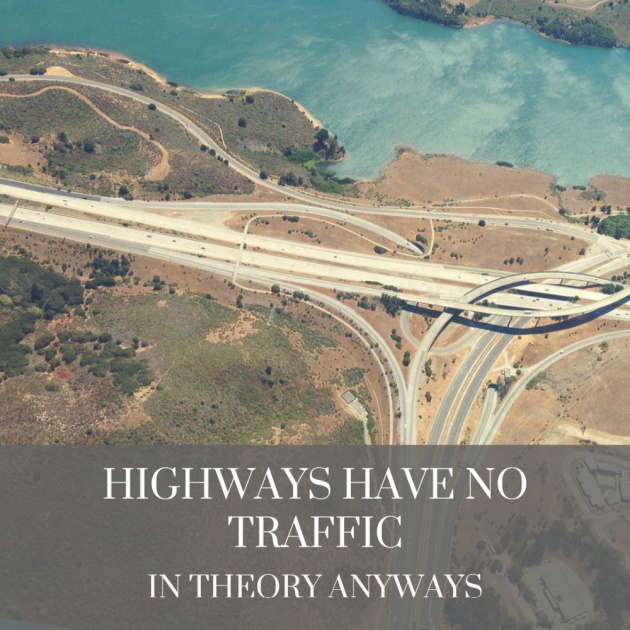 In theory (simply following the general idea of traffic), highways have no traffic at all. Cars can simply move along the lane without stopping. Coordination is not needed since there are no traffic lights. And there should be no limit on how many cars passes by your side or how many is behind.

But in reality, a perfect scenario without traffic is currently not possible, even in highways. Take this for example; cars in one lane are happily driving when suddenly someone came crossing. The first car brakes to prevent the accident. Due to a slow reaction time, the second car behind the first car brakes to prevent another kind of accident. The same thing happens for the next cars behind. The first car eventually starts to go back driving on the road. However, the braking chain-reaction does not stop; it moves all the way to the cars at the back. 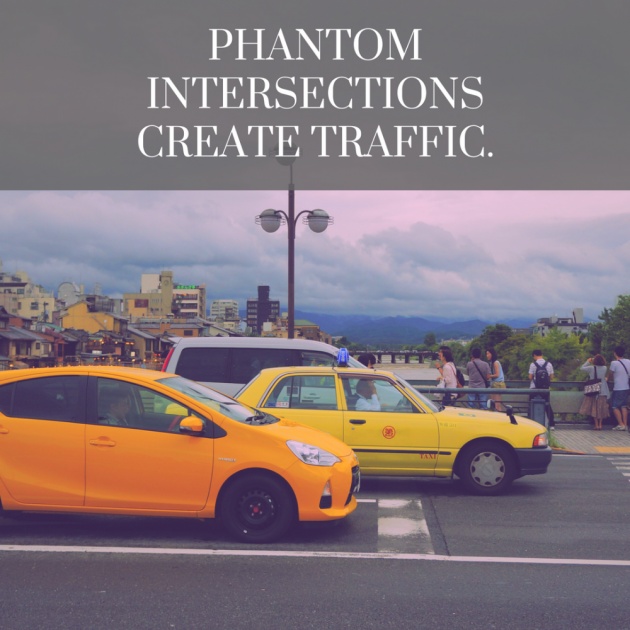 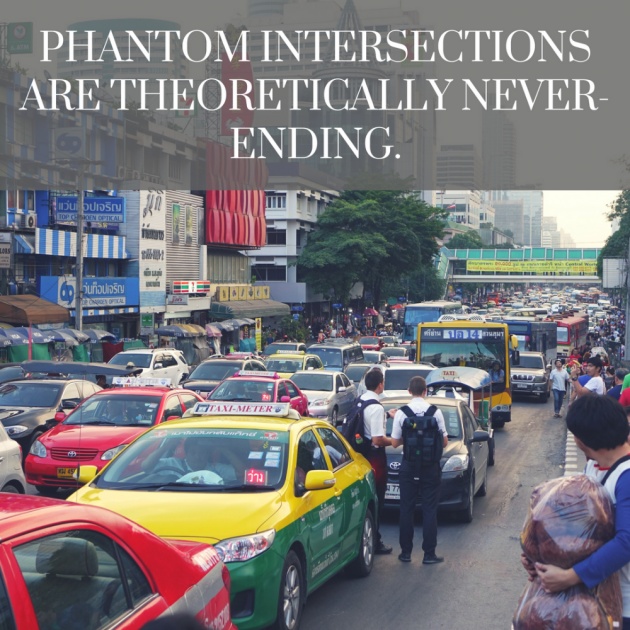 Just imagine a circular road where there is a phantom intersection. The first car stops (then the second, third, fourth, etc.) and starts again only to find it stuck back on a traffic after finding itself behind on the last car. The phantom-intersection literally moves along the road and in this case, it goes on countless of the loop without any means of stopping.

How to Solve Traffic

Phantom intersections can be easily removed with proper coordination of the drivers. If a driver has a fast reaction time and a good discipline especially on how he can slow down and maintain a proper distance from the car in front and at the back of him, there will be fewer chances of a phantom intersection to emerge. Tailgaters, drivers who stick close to the car in front of them, are a headache since there are the ones that could cause traffic on the road. 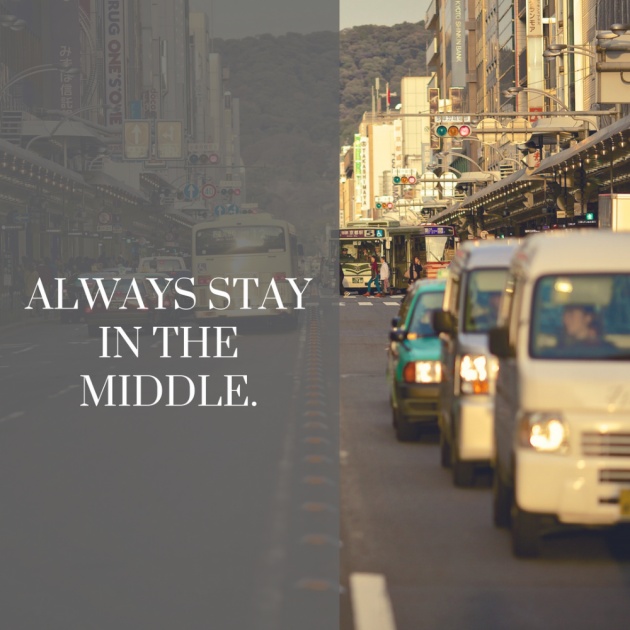 Experts would often tell drivers to stay in the middle. Maintaining a proper distance in between cars gives the has the greatest benefits to all the cars: the middle car can prevent traffic as well as accidents and the car behind a time a cope up with the changes at the front. This rule also applies to, as mentioned previously, to phantom intersections. 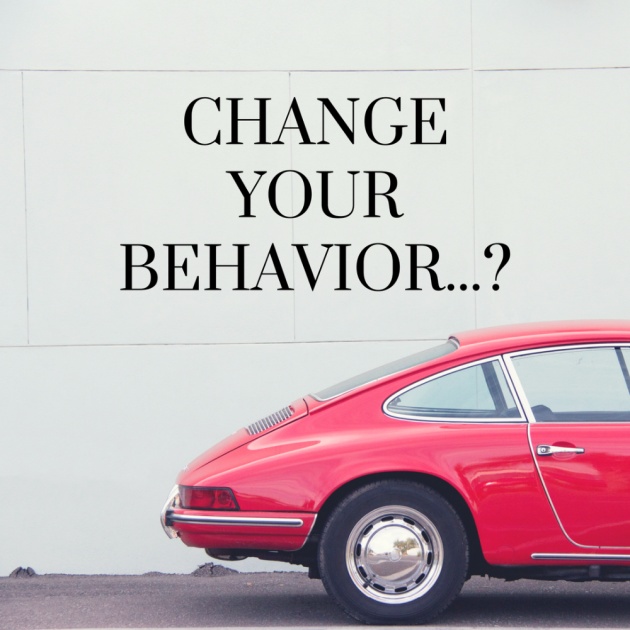 So the point is that by changing the behavior in driving we can reduce the chances of traffic to appear. This also creates a harmonious setting on the road for everyone to be happy about. So try to stay in the middle and everything will be good… or at least that’s what supposed to be.

The Best Approach to Solve Traffic 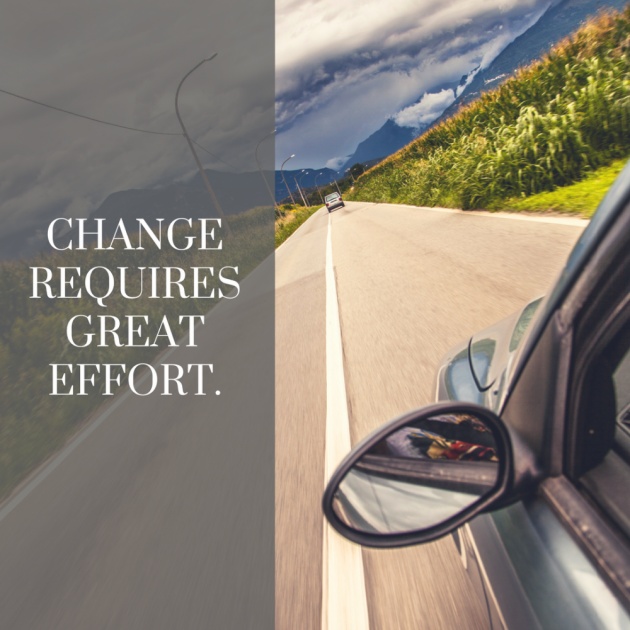 Changing someone’s behavior is similar to changing his or her name on a birth certificate; not entirely possible but would require some effort. And just remember how many people there are on this planet and each of them has an entirely different personality and behavior with each other. Just how much effort do you think we need to change them?

So this simple solution is terrible. What we need is a solution that structurally and systematically made to fit for everyone. 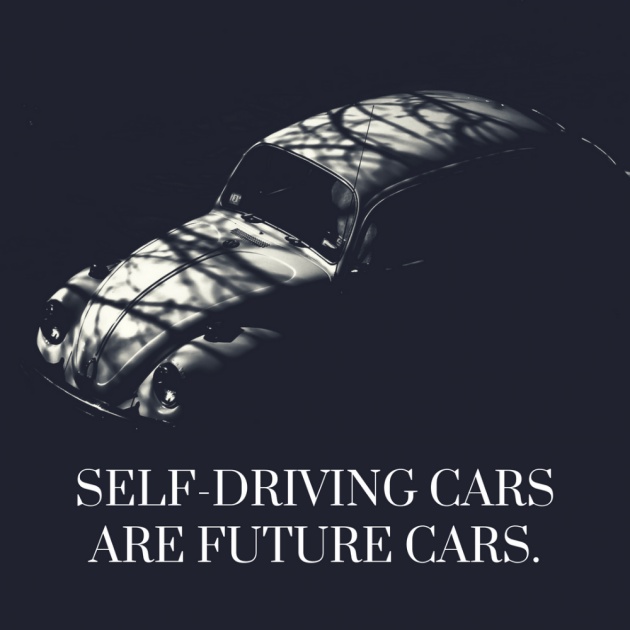 For now, self-driving cars are not entirely possible since the implementation of these vehicles eliminates thousands of jobs (i.e. drivers). Though there are other countries and companies that had already released these vehicles, it’s still in minority. Hopefully, if we can’t implement this solution, we can find other feasible solution to the problem.

Thanks for reading and hope you’ve enjoyed it!

Without traffic, your websiteis an online paperweight We often say that quality over quantity. When …

4 Reasons Why Blogging Is Good For Your Business

4 Reasons Why Blogging Is Good For Your Business video credit: Roberto Blakevia youtube We are blog…

The usual traffic view of Fuente Osmena in Cebu City. Image credits:www.cebucity.gov.ph Too much tra…

I am inviting You Now, to Join for FREE, the World's Largest Straight One-Line of People like I did.…