In the first step, let me say, that Education is the main factor of progression and improvement in a society. So both girls and boys must be educated in order to serve to their nation and people.

As people ofAfghanistanare eyewitness, that 90 percent ofAfghanistanschools for girls “Education” about 5 years were closed during 1996-2001.  Girls were not allowed to go to their schools and continue their studies. Neither girl students could not go to schools, nor all female Teachers.

I want to say, that girls inAfghanistanstudy in separate Afghanistan Schools for Girls. And boys study in boys schools ofAfghanistan.

Boys and girls both play important role in development of aAfghanistan. Therefore both must be educated to get their objectives and fulfill their responsibilities against their country. Unfortunately the doorsAfghanistanschools for Girls were close during the years 1996- 2001. Some of Afghan girls students, who were eager to sontinue their studying. They studied secretly in their homes by female teachers.

Another challenge for Afghanistan Schools for girls was lack of insecurity inAfghanistan. In addition Girls were not allowed go to schools to learn knowledge. Lack of security, poverty and lack of schools or educational services were the main obstacles to girls to enroll in general schools. Female teachers also were not allowed to do their jobs (teaching) in Afghanistan Schools for girls. , so Schools for girls can provide equitable access to quality education for all girls to enable them to actively participate in sustainable development, economic growth, and stability and security ofAfghanistan. The number of educated girls is less than boys inAfghanistanthe answer is clear because doors of schools were not open to Girls for many years successively. Based on statistics report of Ministry of Education ofAfghanistanin last-five years enrolment of girls inAfghanistanschools for Girls has rapidly increased. The number of students in General Education schools has increased from two point three (2, 3) million in 2002 to six point two (6.2) million students and 36% females in 2008. now majority of the families understood, that by sending their girls to schools in the future they would have educated girls to support their parents and take an active part in economy growth ofAfghanistan. Without education the life in meaningless and not useful.

A view of Afghanistan Schools for Girls: 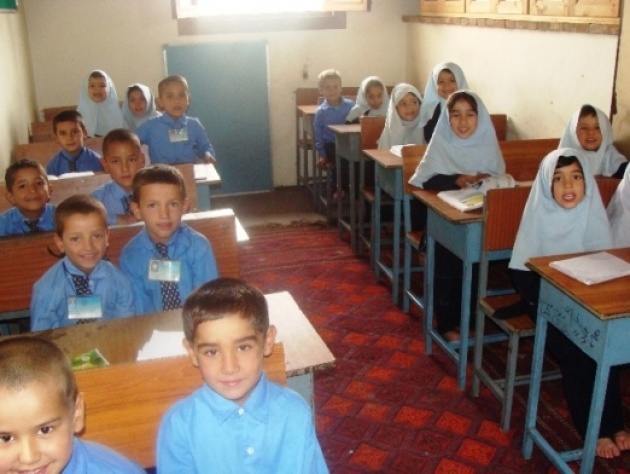 Based on a report, which was released by ministry of Education. It shows, that Moreover, nearly seven million children are enrolled in schools, around (37%) or (2.5) million of them are girls. Also over 4,500 school buildings constructed with active community involvement to provide better and safer learning environments for girl students. Similarly an over eight-fold increase in the number of teachers to 170,000 (30% female) in Afghanistangirls schools.

Nowadays in 2013 there are also some problems like (insecurity, far distances of schools, lack of economy, non existence of School busses )  etc in our society that prevents Girls to go to girls schools. Some people don’t like to let their girls to study.

Percentage of boys’ enrolments in secondary classes is two times more than girls and in high schools is about four times more than girls. Ministry of Education has facilitated by building of Schools for girls in all districts and gross villages of 34 provinces of Afghanistan. In order to increase the rate of literacy ministry of Education has registered some private schools for Girls.

At the conclusion I see the future is bright, because fortunately in all over the country girls have the right of Education to go to Afghanistan girls’ Schools in order to seek knowledge and can be educated like boys.

The Ministry of Education, with the support of some donors like, international community, UNICEF, World Bank and other donors works together to support Afghan children to go to schools. Learn knowledge and play an important role in renovation of Afghanistan.

I am shafiqullah.i was born on 15-Oct01987m in Kabul Afghanistan.
graduated from Shaheed Ahmad shah masoud High school on 2007. under-graduated form Educational Psychology faculty of Kabul University - Afghanistan on 2012. i can speak Dari, Pashto, Uzbakian English and German languages.