I don't literally know them but it feels like i am so close to them. Maybe because they set not only a trend but become an Inspiration to many. And i am an Aspiring Inspirational Author/Person. 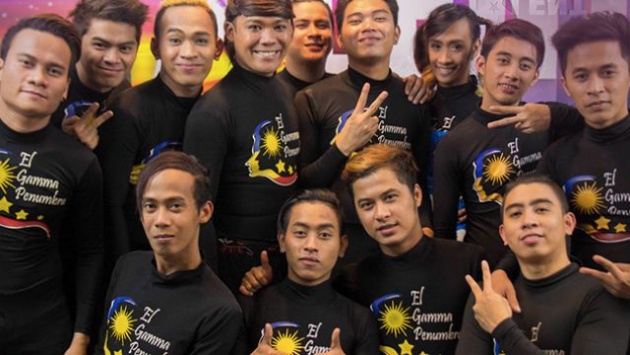 El Gamma Penumbra are Shadow play dancers from Batangas whom makes Inspirational and encouraging themes as they perform. Penumbra from the word Numbra means Shadow. The very first time i saw this talented group was in Pilipinas Got Talent 3. Some says that the concept of Shadow Dancing doesn't originate from them. But for me as long as you can express your talent and Passion to achieve your Dreams it will never be wrong. 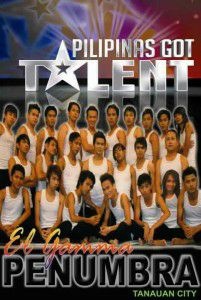 I don't know, but everytime i see them i felt something warm inside of me. The thing they have is not just talent but it is their heart! But sadly they weren't able to win the Title of Pilipinas Got Talent Season 3. Upon witnessing that judgement, it really breaks my heart! How come they didn't won for the first place they should?

Until i heard the news that they Audtioned in Asia's Got Talent in Singapore. And they finally made it!

They able to got a Golden buzzer that enables them to go to the Semi Finals.

Then after the Semi Finals they got another Golden buzzer that made them through the Grand Finals!

And after their Heart melting performance in Grand Finals, one the judges even said that she said to herself whenever El Gamma Penumbra performed she will not cry avain but it seems that she wasn't able to stand what she said.

Then the results night come and they made it up into top 2. But sadly, the power of Internet is Unstoppable because i read an article about the results that El Gamma won! Such a spoiler but still my heart for them never change. 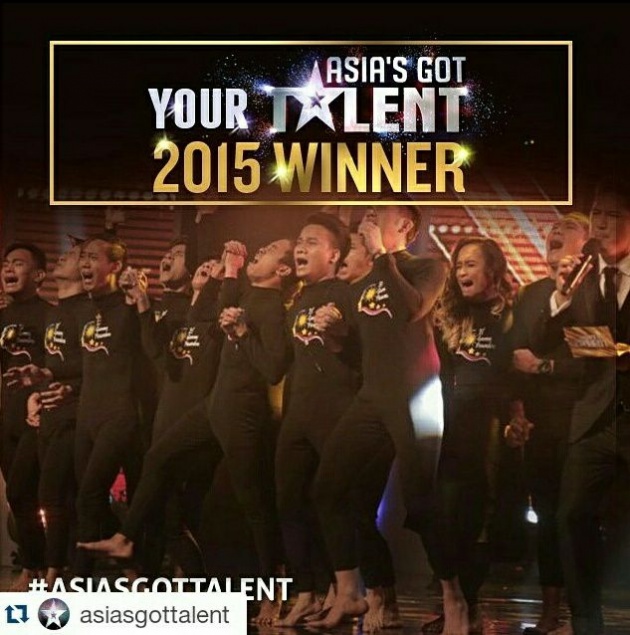 But aside from El Gamma Penumbra i am very proud to other 3 grand finalist.

To Gwyneth Dorado, a 10 year old girl who sangs like a Mature and professional singer in the industry music.

To Junior  New System, so young yet so talented and risk takers dancers!

And to Gerphil Flores, the world will definitely know you as David Foster declared! Even Lea Salonga salute you! You will be soar as high as your voice!

Each of them has a story to tell and it is because of their faith, perseverance and hardwork that they had achieved what they have right now. It is really touching and at the same time amazing that people comes from nothing became significant.

So dream BIG! All four of them weren't able to won here at the Philippines. But because these people never gave up on their dreams, they believed that God has a better and greater plan for them! I got teary eyed already! So if you are dreaming for something great but wasn't there yet, i encourage you not to stop and to continue to make yourself better! Keep the faith because He has a Plan for you!!

Keep it up El Gamma and continue to inspire more people! May the Lord always bless you! I will be always your supporter! :)