Bad news for Bail on CM of bangalore india

BANGALORE: The conviction of AIADMK supremo J Jayalalithaa is based on a "paper trail of money" placed before the special court by prosecutors, in buying the picturesque Kodanad tea estate close to Udhagamandalam, in the Nilgiris district of Tamil Nadu.

The special court, which convicted Jayalalithaa and three others for four years, found this to be "clinching evidence".

According to the verdict pronounced by the special court, the court was satisfied by the paper trail in buying 825 acres of tea estate by Jaya Publications and Sasi Enterprises, floated by the other three convicts - N Sasikala, V N Sudhakaran and J Ilavarasi. The former chief minister was a partner in these two firms.

According to M S Maradi, assistant advocate to special public prosecutor G Bhavani Singh, the trio purchased the estate in 1995 for Rs 7.6 crore. In 2005, Jayalalithaa bought shares of the Kodanad Tea Estate from Ilavarasi and Sudhakaran and became a partner in the estate.

A palatial building with several rooms was also constructed, flouting the provisions of local building bylaws. "The court was convinced the property was bought by the two firms using money from Jayalalithaa's bank account," said Maradi, quoting the verdict.

According to AIADMK sources, Kodanad is Jayalalithaa's holiday destination, with scintillating 220-degree views, tall and dense pine forests and a pleasant nip in the air. It's situated about 20km from Kotagiri, the oldest hill station in the Nilgiri mountains of Tamil Nadu.

This apart, Maradi said Jayalalithaa and her three aides used six other companies to amass 2,926 acres of land, worth Rs 53.6 crore. The properties were bought between 1990 and 1996, Jayalalithaa's first tenure as CM, when her declared income was just about Rs 2 crore.

"At that rate, I guess we could have bought the entire village," special Judge John Michael D'Cunha observed in his verdict. Though Jayalalithaa's lawyers argued she was neither a director nor partner in these companies, the prosecutors produced enough evidence of trail money by producing bank statements and cheques signed by the former CM to prove those charges.

This apart, she also spent Rs 6 crore on the extravagant wedding of her disowned foster-son Sudhakaran in 1996.

The special court directed the government to confiscate these properties and auction them to raise the fine of Rs 100 crore imposed on Jayalalithaa. 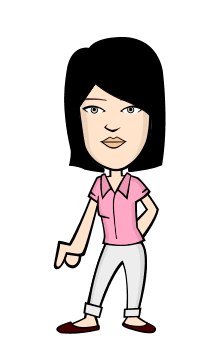 Africa Africa is the world's second-largest and second-most-populous continent. At about 30.2 millio…

Moon (disambiguation) From Wikipedia, the free encyclopedia(Redirected from MOON) Look up Moon, moon…