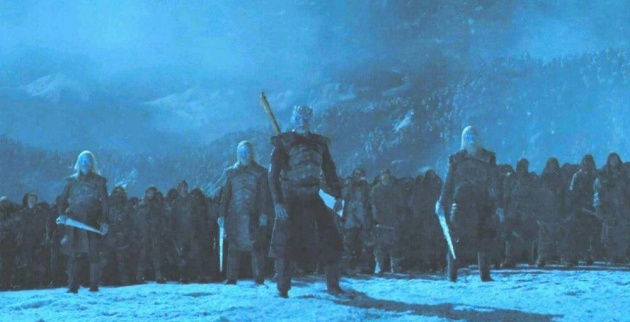 Doom is apparently coming for the living beings of Westeros. A massive army of no less than 100,000 is approaching on the Seven Kingdoms -- and to make matters worse, these army is compromise of White Walkers and Wights.

For readers who are not familiar with HBO's Game of Thrones, these two figures (White Walkers and Wights) are basically what one may call the "Undead". This simply means that the massive army is composed of reanimated corpses that are not only limited to humans. GoT's army of the dead also includes resurrected animals (horses mostly), giants, and a dragon (yes folks, you read that right, a freaking dragon!!!).

Naturally, an army of this magnitude and made up of walking reanimated corpses is enough to send shiver even to the bravest soul in Westeros' land of the living. Even Dany (Daenerys Targeryen) knows that her fearsome army only has a slim chance of winning against the approaching army of White Walkers and Wights. This seems to be the reason why she wanted a truce between her and Cersei Lannister -- so that they can fought a common terrifying enemy whose sole purpose appears to be total annihilation of all living things in the Seven Kingdoms.

Afraid or Common Sense or Both? 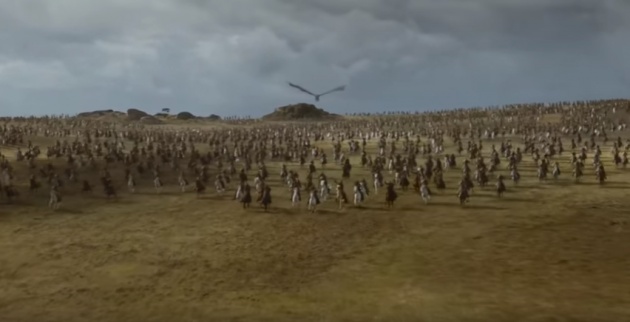 It's understandable for Dany and any Lords of Westeros to be afraid. Seeing a single walking dead person is frightening enough, but a whole army of more than 100,000?! C'mon, anyone who tells otherwise is either a liar or has some loose screws in the nugget.

In Dany's case, its common sense to broker a truce with an enemy that you know you can defeat rather than face two enemy forces as doing so will surely dwindle any percentage chance of victory.

Interestingly, the opposite can be said to Cersei. Although she accepted the truce, her true intention is to not join the big fight but to stay home, conquer the remaining lands that she has no control of, and fight the massive army of the dead with her puny forces.

Some readers are probably thinking in their heads "Wait, Whuuttt, that ain't right?!" That's what I figured to, but as I mentioned on my previous post (The Miserable Development of These GoT Characters) Cersei seems to be devolving in becoming an idiot. Anyway, since I have already explained this one on a previous post, I won't delved on this one too much.

Going back to Dany and her forces, let us just look or run through at the numbers one time:

• Dany's army currently has three main components: the fearsome Dothraki Horde, the skilled Unsullied, and the army of the North

With the descriptions given in the two bullets, Daenerys Targaryen can crush any army the Seven Kingdoms has to offer. Unfortunately, it is not enough to defeat the approaching army of Wights and White Walkers.

Powers and Abilities of the Army of the Dead 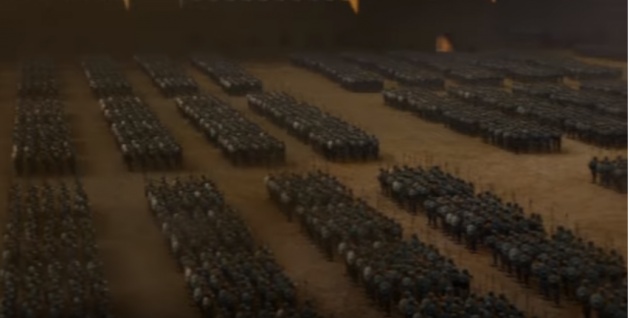 Even with her fearsome army, Daenerys Targaryen's army of the living only has a slim chance of defeating the Wights and White Walkers. This is because of the following reasons:

How to defeat the army of the dead?

Now that we know the terrifying powers and abilities of the Wights and White Walkers, it may seem impossible to defeat their army in combat. However, a good strategy combined with the correct weapons is a good recipe for victory. In this section, we'll look at the weaknesses and how to utilize this knowledge to wipe out the Night King's army.

Just like any other things in the world, for any strong ability, there appears to be a corresponding weakness. Even though Wights and White Walkers are magical beings, they are not exempted from this universal truth.

For readers who are not HBO GoT fanatics, it would be worth noting that there are two ways to kill a White Walker: using Dragonglass or Valyrian Steel (the latter kills the White Walker faster compared to the former). These two materials are molded to swords. Dragonglass is quite rare and can be mined in Dragonstone whereas Valyrian steel is much rarer and can only be utilized properly by swordsmith from the other side of the globe.

However, please do note that these two (Dragonglass and Valyrian steel) are ineffective against Wights. To kill a Wight, one must use fire. Additionally, when the White Walker who created the Wight is killed, all the Wights created by that particular White Walker will be killed as well.

2. Using strategy to win the war against the army of the dead

If it can be killed, it can be defeated. Now that we know that army of the dead is not totally indestructible, one only needs to implement a strategy that will maximize the weakness of both White Walkers and Wights.

One obvious strategy is to use catapults. Also, instead of using normal boulders, simply dipped the boulders in oil, lit it, and then hurl it to the Wight army. Since Wights appear to be dumb and slow and in formation, a single hit from this flaming boulders would do a wide area of damage.

Another good strategy is to use flaming arrowheads. The concept is similar to that of a boulder, but only smaller and much easier to control. A Wight hit by a flaming arrow head would stay down (literally and permanently). 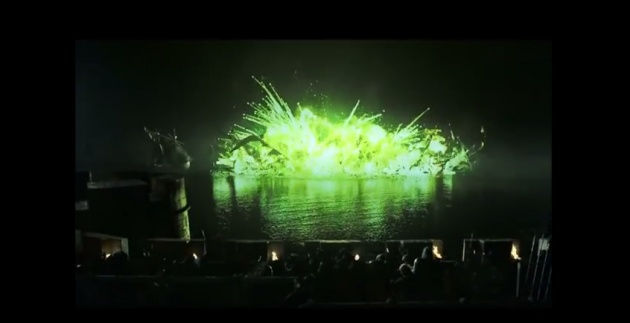 In HBO's Game of Thrones, wildfire is somewhat shown as a life-killer. For instance, in the Battle of Blackwater Bay, it spelled disaster for the forces of Stannis. Wildfire was also used to destroy one of the massive structures in Westeros and all the people inside it (the Sept of Balor). Using wildfire against Wights might disintegrate all those mindless walking corpses.

At this point, we can't really rely on Valyrian Steel as that metal is truly rare. Luckily, the same thing cannot be said for Dragonglass. Beneath Dragonstone are miles and miles of Dragonglass. And thanks to Daenerys Targeryen for using her head, she allowed Jon Snow's forces to mine for this particular metal. Hopefully, they would have enough time to equip their weapons with Dragonglass or create weapons made entirely of Dragonglass.

That's just about it. The army of the White Walkers and Wights sure is frightening. However, with proper defensive preparations and offensive tactics, Daenerys Targaryen's forces might stand a chance on deafeating the massive army of the dead.

I Watched The Worst Witch Because of Lyanna Mormont Have you watched Game of Thrones yet? While the …

The Miserable Development of These GoT Characters

(Photo Credits: booinyoureyes via forums.beamdog.com) Let us get this outright first -- for some int…

(Photo Credits: TAnthony via wikipedia.org) Jon Snow is one of the major characters of the HBO hit t…

Is GoT Season 7 the best season of Game of Thrones yet?