The Game of Thrones TV series is a global blockbuster television series shown by HBO. This American TV series is based on the fantasy drama novels "A Song of Fire and Ice" which is authored by George R. R. Martin.

The show is watched by millions of people and has already received numerous awards in different categories. Just recently, the show's Season Six has ended — and with it, three of what I consider as the most despicable characters in the Game of Thrones universe.

Some People Can Be Despicably Vile

This post will discuss antagonist or villainous characters in GoT. The first ones that will be showcased are characters so vile and hated that their deaths garnered cheers from numerous fans located on different parts of the globe.

It is also worth noting that due to the topic of this blog, it may contain some spoilers. Also, for readers who want to know more information about Game of Thrones, be sure to read What You Need To Know Before Watching Game of Thrones (that is another post that I have written as an introduction of sort to Game of Thrones)

Moving on, if you are a certified GoT fan, then it is highly likely that you will agree with the contents of this post.

(Image Source: Google Images -- photo of King Joffrey pouring wine in the head of his Uncle Tyrion. To make matters worse, he does it in the presence of his two and siblings and Tyrion's wife Sansa)

First up on the list is Joffrey Baratheon. King Joffrey is the evil product of incest between Cersei Lannister and her brother, Jaime Lannister. In fact, I am quite confused what family name to put in the subheading since only a few people knows (aside from his parents, all those that do know are dead) that he is of pure Lannister blood. Even he himself believes that he is the son of Robert Baratheon (the former king of the seven kingdoms).

Anyway, I consider him the most hated character in the TV series. Just think about it, when a child king is unceremoniously killed on his wedding day, people should be shocked and grief-stricken — but interestingly, this is not the case for young King Joffrey. Viewers somewhat cheered and exclaimed that he got what he deserves. This only shows how hated this character is.

By the way, for those who are not aware, Joffrey Baratheon is 13 years old in the books. But of course, HBO will not cast a thirteen year old actor and make him do all of his atrocities in live TV. Instead, of a 13 year old boy actor, the show chose actor Jack Gleeson to portray Joffrey's character. This is actually quite ironic since Gleeson is a lovable and sweet person in real life.

Why do people hate Joffrey?

In the show (and in the novels), Joffrey did various horrible things which is why he is so hated so much. He tortured animals, abuses hookers (he actually shoots one to death with his bow and arrow), publicly humiliates people, and plenty more. The short clip below highlights the terrible acts Joffrey made in the TV show.

Next on our list is a bastard who killed his own biological father so that he can secure the title of Warden of the Northern Kingdom. Aside from murdering his father, he also had her stepmother and new-born step brother (who is the true and rightful heir to his dead father) killed by feeding them to the dogs. Needless to say, legitimate children have more right as successor compared to bastard children which is why he opted to murder his closest biological relatives.

The above unspeakable evil acts are just some of the horrifying actions that Ramsay has committed. Fans hated Ramsay so much that it spilled over to actor Iwan Rheon (the one who portrays Ramsay)

For those who are not that familiar what Rheon / Ramsay looks like, this pic might refresh your memory:

Anyway, just like Joffrey, here is a clip that highlights the despicable acts committed by Ramsay. Yes folks, it is that many that it can be made out into a short clip.

Third on the list is someone who goes by the diminutive "Littlefinger". His real name is Petyr Baelish and is the Lord and only known living member of that particular house (House Baelish). Now some readers may wonder how can this be — truth be told, House Baelish is one of the minor (actually, more like insignificant) houses in GoT. It has no maester, has an scanty origins, and no famous house member.

Littlefinger is one of the most skilled manipulators in the series. Unfortunately, that is the only positive trait that he has — and sadly, he used it to spark and maneuver some of the loathsome things in Game of Thrones.

Nasty things made by Peter Baelish:

(Image Source: Google Images -- one can only imagine what is going on to that diabolical mind)

From this point onwards, I will no longer include vids and will only list what I considered as evil moments done by the despicable characters.

• Slimy and creepy
• Masterminded machinations that resulted the deaths of thousands (even Kings)
• Does not trust anyone aside from himself (apparently)
• Pedophile (he hits on Sansa who is the first daughter of his childhood love – Catelyn)
• Marries Lysa (Catelyn’s sister) just so he can kill her (well, killing Lysa is part of his far-reaching goals)

Next on our list is Walder Frey — head of house Frey, Lord of Riverrun, Lord of the Crossing, and Lord Paramount of the Trident. Unfortunately, just because he holds many titles doesn't follow that he is a good person.

Unlike the first three in the list, Walder Frey does not have much despicable deeds. Sure he was late in providing support to his liege lord and has multiple marriages with women who are young enough to be his granddaughter. However, there is one thing he committed that is so vile earning him a spot on this list — he is one of the co-conspirator of the Red Wedding.

For those who are not aware, the Red Wedding is the massacre of the Stark army during the wedding of King Robb Stark and his foreign wife. The feast happened on Walder's stronghold wherein during the celebration, unsuspecting guests (this includes Robb, his wife, Robb's mother, Robb's unborn child, Robb's army, and many more) are killed and butchered by men of the Freys and the Boltons (House Bolton is under the leadership of Roose Bolton — another co-conspirator). What makes this act more despicable is that both House Frey and House Boltons have sworn fealty or are bannermen of House Stark. 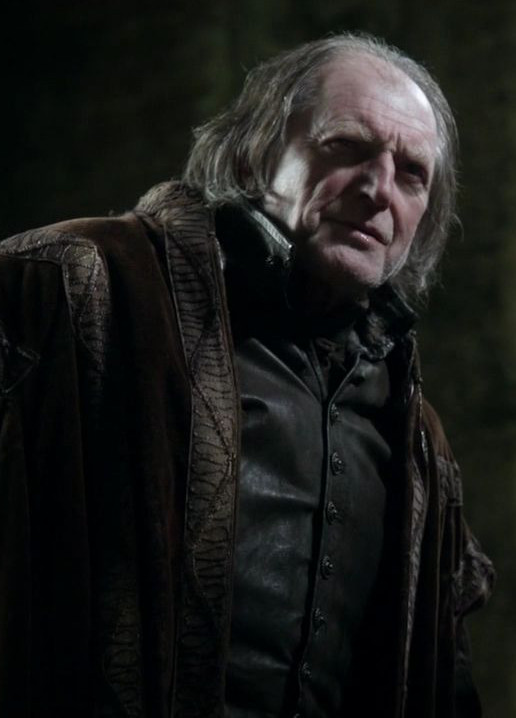 (Both photos are from Google Images)

Putting someone in this last spot is quite difficult since there are many hated characters in the GoT universe. However, I guess burning your own daughter on the stake because it was advised by a priestess is more than enough to earn a spot on this list. Also, I consider it as the most evil and idiotic moment of King Stannis Baratheon.

Stannis is considered as one of the best military commanders and tactician in the series. He was a decorated figure and is the rightful king when King Robert Baratheon passed away (obviously, Joffrey is a bastard and has no claim to the throne).

Sadly, Stannis bitterness get the better of him. With his small army he knows that he cannot grab the throne from his enemies which is why he shamefully turned to black magic to succeed. He became too dependent on black magic to the point that he is blinded by the fact that some of the advise given to him are ridiculous.

For instance, he believes the priestess when she told him that they will win the battle at Winterfell despite the overwhelming odds against them by simply sacrificing his daughter. He also killed his own brother through black magic instead of arranging a logical treaty with Renly (his brother) to regain the throne.

Interestingly, out of all the people in this list, Stannis seems to be the most likable. He is a man of honor and duty despite what the cause. It's just a shame that he was thrown at circumstances that led him to the choices that he did.

(Both photos are from Google Images)