Deep Inside I Go in The Spirits Within

Deep Inside I Go in The Spirits Within

Final Fantasy was Hironobu Sakaguchi's last-ditch attempt in creating videogames. Little did he know that the franchise will be one of the most popular RPGs to date.

It did take his team to develop a movie, after nine remarkable installments (not counting FFX because it was released after The Spirits Within). This decision pushed the movie industry to a whole new level as it was the first to use photorealistic CGI entirely, with prominent western actors dubbing the animated characters.

Sakaguchi was prompted to write something about the afterlife, prior to her mother's untimely demise, wondering what happens after one dies. It then led him to the Gaia hypothesis--more like theory--stating that the earth has a spirit of its own and can regulate itself. And so The Spirits Within was born.

The movie begins with the main heroine, Dr. Aki Ross, scouring around dystopic New York for possible lifeform, after showing us her dreams. The year was 2065, where the earth was "invaded" by invisible monster-like aliens many years ago, called phantoms. Since then, humans lived in barrier-cities, places enclosed in an energy shield to protect them from these aliens, because a mere touch from them and one would give up the ghost, or be infected.

She wandered alone, got cornered, until a patrolling team showed up, led by Gray Edwards, and extracted her out with the lifeform (a plant). They underwent a decontamination chamber, except her, with findings that Gray was infected. Aki cured him in time. Then Dr. Sid appeared, halting Aki's examination.

Aki and the doctor talked while she extracts the biotic waves of the plant. In theory--more like hypothesis, they needed to collect 8 compatible biotic waves from different organisms to cancel out the nefarious "waves" these aliens emit. The plant was already the 6th, so their hopes are up. Aki tells Gray, the captain (also her ex), of the other 5 waves they've already acquired later in the story.

They are summoned by a high council to discuss actions necessary to eradicate these aliens. Hein suggested to hyperbeam them, while Sid raised his theory, which was put into question, but Aki showed the living proof that it was possible.

Aki was now allowed to continue their research, with the captain and his team, Deep Eyes, behind her. She successfully obtained the 7th wave from an ovo-pack teeming with microorganisms. But with the other guards on Hein's side, she was shot and rendered unconscious. A dream sequence reappeared again, but now she understands what it all meant: the phantoms, already dead, are restless and needed respite.

She wakes up, but was arrested together with Sid and Deep Eyes because of the dream recordings she had in which the phantom infected her manifested itself. It was substantial evidence for Hein to accuse Aki of being influenced by aliens.

With them disposed of, Hein began to orchestrate a threat by shutting down a barrier in a sector of their city, thus calling the shots to fire the laser cannon. This proved uncontrollable, as the phantoms infect the other sectors with barriers.

Aki and the rest managed to set themselves free and fly away, but Deep Eyes die in the process, save Gray. Dr. Sid then located the last biotic wave (a phantom) and they flew in there (to the proto-phantom, the source of all phantoms).

As they try to find the lifeform, Zeus cannon was fired straight to their area, and the organism died. Furthermore, the earth Gaia was damaged. Things looked grim for our heroes, but as Aki got knocked out from the consecutive zaps, the "phantom" inside her manifested through a vision and transformed into the 8th spirit.

With the wave pattern complete, all she needed was to relay it to the phantoms. But their vehicle and machine broke down, so Gray sacrificed himself as a medium to transport the waves to the proto-phantom, converting all of the aliens to peaceful energy. As for the Zeus cannon--it overheated and had a blast, literally. 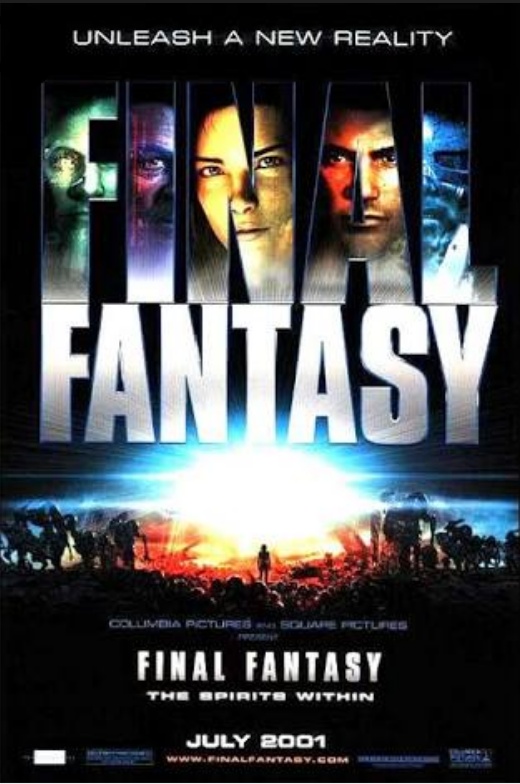 Like all other Final Fantasy series, its universe, storyline, and characters are independent from and non-linear with one another (except on few occasions). But some do share common themes and elements such as the warrior/s of light, magical crystals, gaia hypothesis, magical abilities, airships, weapons, monsters, and the character with the name Cid (Sid, in this case).

The Spirits Within does have similar themes seen in FFVI, FFVII, and FFVIII, but nonetheless feels quite different. The latter three also employ industrial machineries and technologies, and they even have aliens among them, but their ingenuity lies in the existence of magic and beastly thralldom. It's like the mesh of medieval fantasy and modern science.

On the other hand, this first Final Fantasy movie inclines toward the science fiction genre. The protagonists don't shout blizzaga when faced with ghastly threats. Rather, they pull the trigger whenever these creatures block their path.

What's more scientific is the solution to the story's conflict. I even needed a little research to understand how and why do waves behave the way they do. I really dug deeper where most of my findings only addled my mind with dirt, but somehow, as simple as Dr. Sid explained, waves cancel out each other. 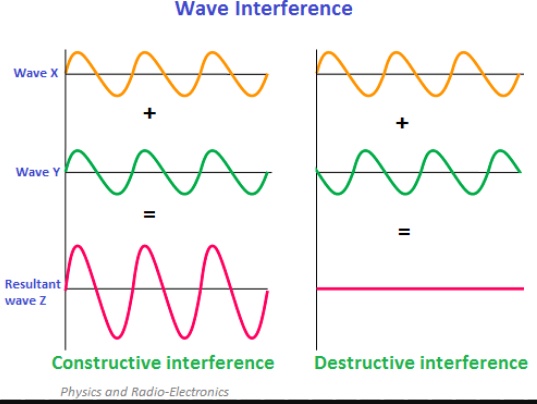 In soundwaves, when 2 equally opposing waves clash at an exact point in time, they produce no sound; in lightwaves, no light. But does that make things null? Non-existent?!

Further readings led me to bio-etherium, wherein negative waves, such as stress, get replaced by positive, harmonious waves using a specialized machine. This is a more fitting explanation about spirit waves cancelling each other out with the threatening spirit converting into harmless ether.

It's also interesting because in the movie, Dr. Sid spearheaded the Bio-etherics Department in which they produce anti-phantom technologies such as guns and barriers. They probably borrowed the term...

But maybe it's the combination of the two theories, as the former deals with palpable traits as opposed to the latter which deals with something abstract. Whichever, I think it's a new one and is exclusively used in the movie.

Some scientists argue that the Gaia theory is evident in nature, that the earth has a mind of its own. It's because different elements, like iodine, sodium and oxygen, are distributed throughout the land and waters at concentrations that are adequate to sustain life. Organisms also contribute to this balance, though the prime regulator is "Gaia."

But the question is: can earth really maintain the balance? With climate change at hand, will earth rebound gracefully? Sakaguchi's inspiration might stem from the spiritual, but the relevant matter is that earth, with our without spirit, must be cared for through non-destructive means. It's possible to do if we nudge our spirit within.

Meanwhile, here's an OST from the movie, L'Arc~en~Ciel's song, Spirit Dreams Inside:

Disclaimer: Pictures and videos are property of Square-Enix. Write-up originally made by lapiz-lazuli. Views and opinions in this blog post are truthful but subjective and are not influenced by sponsorship of any sort.