Before hitting it big in the mid 90's with the mega bestseller A Song of Ice and Fire Saga (A Game of Thrones) and the following HBO series of the same name, George R. R. Martin wrote a number of wonderful novels and short story collections, not to mention serving as a major creative force behind The Beauty and The Beast (1987), one of the best fantasy series ever put on TV.

But to many, the jewel of his output in the 1980's was the novel Fevre Dream (1982), a unique, humane, and infinitely compelling novel of the dark fantastic.

The story is deceptively simple: in pre-Civil War America, Abner Marsh, an ugly, down on his luck owner of a steamboat business, strikes a bargain with the mysterious Joshua York, a seemingly ageless man of pale skin and white hair. Marsh agrees to build York a luxurious steamer to take them on journeys unknown, therefore realising Marsh's dream of mastering the fastest steamer on the Mississippi river. But the more time passes, the more mysterious and threatening York is revealed to be. And who are those companions of his? The ones with the pale, beautiful faces, who only come out at night?

On the surface, Fevre Dream seems to be a historical vampire novel with plenty of style. But Martin has much more in mind. Fevre Dream is a dark fantasy novel, a meditation on the horrors of slavery, and, most of all, a touching tale of friendship between two very different men.

Yes, there are plenty of vampires, scary sequences, and atmosphere to burn. But Martin's rich yet readable prose, the tight plotting, and the thrilling and moving climax, put the novel in a league of its own. A must for fans of vampire fiction, dark fantasy, or just plain old marvellous storytelling. 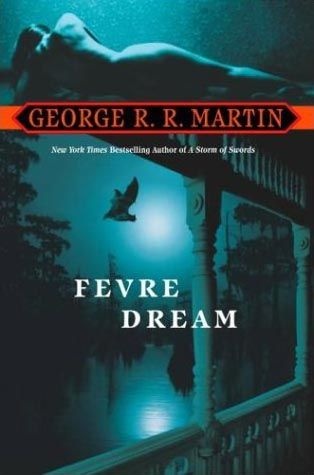