What film do you remember touched you profoundly, perhaps as a child or teenager, and made you go beyond film as a form of passive entertainment and turned it into a committed love?

The film that changed my life was a very strange Australian/ British film called “Walkabout” (1970 Nicholas Roeg) though it was probably the late 80s when I saw it on public television, a dismissed and forgotten box office failure. It was about a couple of white kids lost in the Australian desert who are saved by on Aboriginal kid on a long walkabout. It had few words and amazingly artistic cinematography that for the first time that I’d seen capture the vastness and brightness of my homeland. A review of this film years later would also be my first published article too.

Here are some films that changed the versions and pathways of some great Hollywood directors making movies today.

First up,the film that most influenced Steven Spielberg’s, “Lawrence of Arabia” (David Lean 1962) has something to do with mine. The cinematographer of Lawrence of Arabia, Nicholas Roeg was making his directorial debut in my profound film “Walkabout.”

Spielberg was still  in high school when he saw it, “I wasn’t able to digest it in one sitting. I actually walked out of the theater stunned and speechless. It wasn’t until months later that the impact of that one film began to sink in.”[i]

“The person that probably stopped me in my tracks as a child….was David Lean with Great Expectations (1946). I thought everything was somehow better than most of the other movies in terms of the way it looked the way it was dramatized and the way it was photographed. In fact, he was detailed from corner to corner and that is what I picked up with John and then Kurosawa, then Carol Read and Michael Powell.[iii

James Cameron was so affected by Stanley Kubrick’s 2001: A Space Odyssey that he saw it 10 times. It inspired him to experiment with 16mm filmmaking and get into model-building, all of which built towards blockbusters like Titanic and Aviator, and change the course of film history 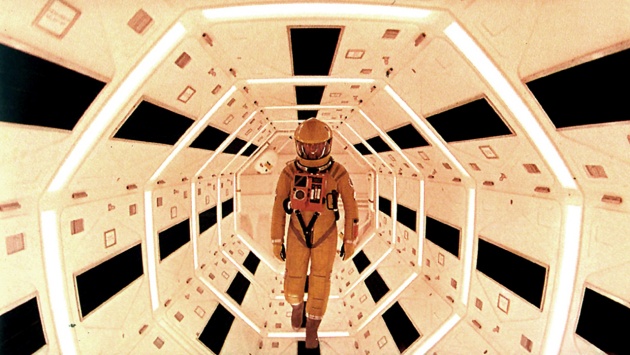 Lord of the Rings and Hobbit director, Peter Jackson told Australia’s ABC recently that he didn’t have a lot of film classics in his life as a boy in New Zealand. “But I did love TV. I loved 'Thunderbirds'. I mean, 'Thunderbirds' was probably the first influence, I guess. I knew it wasn't real.” [ii]

So, what movies changed your life and made you want to be involved in film?