Five Natural Spot Not to Miss When in Candijay Bohol 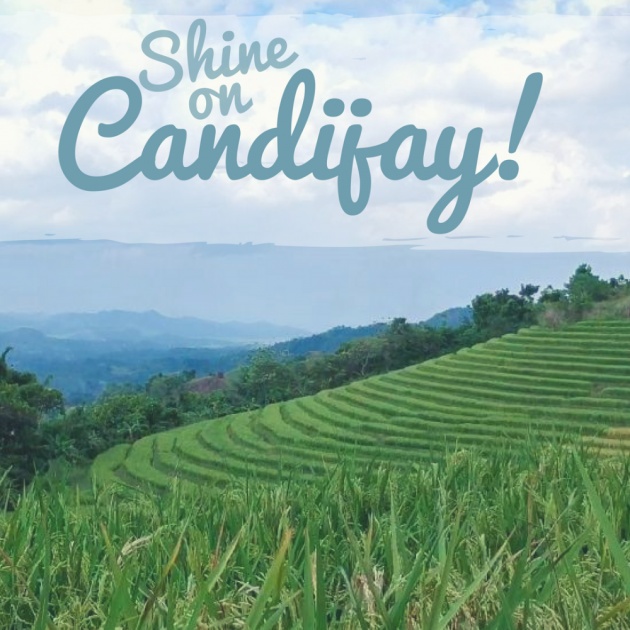 Looking for the next getaway to Bohol, Philippines? Don't miss out on the simple rural town of Candijay! This is one emerging tourist attraction that offers no other than pure natural destinations!

Categorized as a fourth class municipality of the province, the population of this town was recorded at some 29 thousand from the 2015 census. It is also a home to a public university for education and fisheries of which most of the young adults within this area of the island are enrolled. 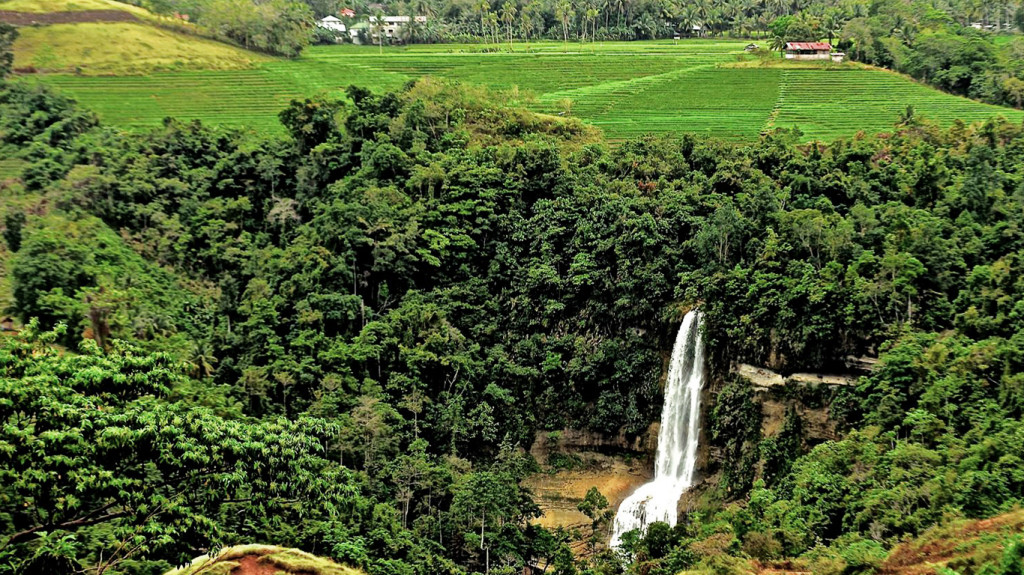 Candijay, although a sleepy town, simple, raw and is still developing had started getting recognized around two to three years ago when the Can-Umantad Falls was being shared over social media. Before, when searching for the town's name, it will return only Wikipedia and a few universities and local government unit news but today, the search engine provides a variety of blog contents talking about what, where and how to get here.

But the town has more to offer rather than the waterfalls. Today, let me share with you more about the town, here are the natural spots not to miss when visiting Candijay, Bohol, Philippines.

Perhaps the oldest destination amongst the rest within the town. This is only well known to locals before. A long time ago, the ones swimming here are just the children who live in the vicinity but now, more and more tourists are also getting interested in touring it.

Canawa is derived from the local term "cawa" which literally means pan for the reason that the spring had bloomed into a circular shaped container. None had actually measured its depth and so some locals believe that there are elements unlike the humans protecting or guarding it.

Such belief is very common on the island and is true as well in the different parts of the country. But it is respected and being well protected by the surrounding ancestors which have been also passed on to their next generation.

Today, the deepness of the said spring is still unknown, no one had ever dared to do so after a few failed attempts in the past. Even the main source of the spring still remains a mystery until this day. 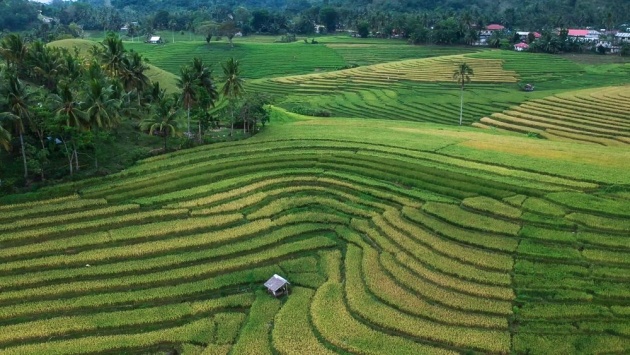 Rice terraces aren't just a thing of the northern Philippines. In the Visayas, this is also very evident from what can be seen when traveling across the island. There are areas along the road which has been formed into elevated ricefields but the most interesting of them all is that of Candijay.

It is referred to as Cadapdapan from the barangay's name itself. This was taken from its root word "dap-dap" which means coral plants. The history wasn't really established in words but for me, I believe the mountains and hills here are full of plants and shrubs.

The ancestors, just like in Batad, Ifugao who made the famous Batad Rice Terraces, had also exerted efforts in creating these slopes by hand I suppose to create this wondrous beauty.

From the bird's eye view, the amphitheater looks stunning especially when it is planting season. The ambiance and beauty are equally glorious during the harvesting season too! 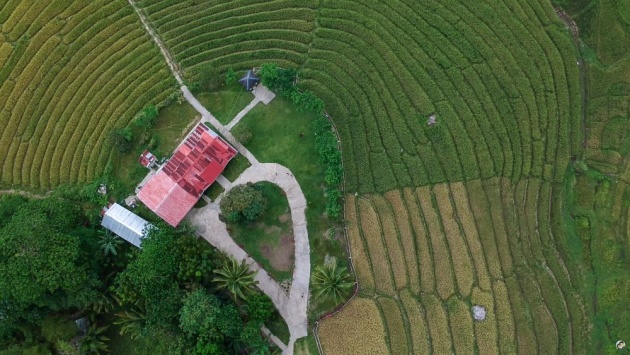 According to the locals, the green color during the months of June to August symbolizes hope and its golden yellow us a reminder of the treasures like this farmland that they had left for the new generation. 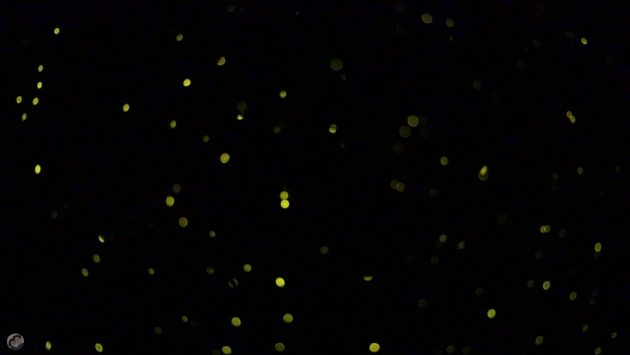 If there's an underrated spot in Candijay, that would be the firefly watching. This will surely "wow" your eyes and brighten up your senses!

The activity doesn't start until twilight when the blinking lights of these tiny creatures started to become visible. The unique river boating experience offered across the Lungsodaan River after or before a sumptuous dinner at their floating restaurant will let you appreciate the simplest things in life like the fireflies.

For an hour, guests will be treated to an informative journey of the mangrove forest which provides the notion of a balanced ecosystem. Fireflies again remind locals here that someone or some other elements live around that is also the reason why they keep it as solemn and peaceful so as not to disturb these creatures.

Just like the neighboring major island of Bohol like Cebu and Negros, the province itself has its own sandbars. One of the many is Candijay's pride, the Kawasihan Sandbar. It flaunts a white sand shore which is a perfect spot for sunbathing, snorkeling as well through the diverse florals and faunas at the coastal spot of Cogtong Bay.

What made it quite popular among the neighboring towns is the fact that the seafood offered here are delectable and they can be ordered as well as prepared at the Municipal Tourism Port at a very low price.

Boat rental going to the sandbar costs only Php 600 which is very much affordable compared to the other sandbars. 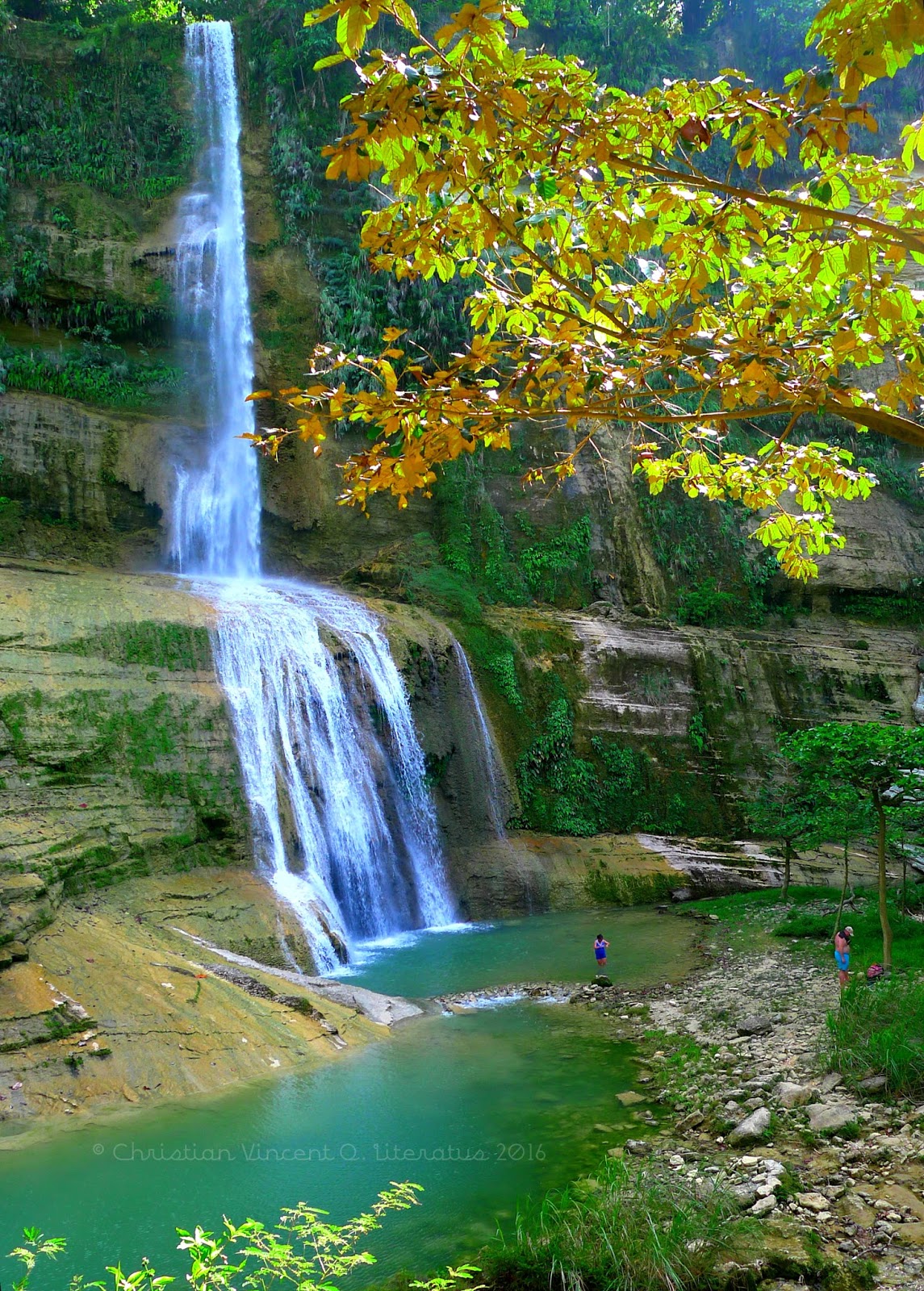 Of course, we won't end this blog without including Can-Umantad Waterfalls on this list. From the term "Can-uman" which means 60, the waterfalls was named as such because of its height which is 60 local fathoms or 261 ft.

Dubbed as the tallest waterfall in Bohol, the route going to the waterfalls can be a little challenging but it is manageable. From the main highway, tourists need to travel 14 to 15 kilometers to reach the destination. Visitors have the option to take the route from the Cadapdapan Rice Terraces or take the main road instead.

The rushing sound of water falling at that high can already be heard from afar. In fact, when in Cadapdapan, one can already hear the water flow coming from the waterfalls. As soon as one reaches the spot, the high and splendid view of the white but sometimes murky water will meet you. When it is windy, the spills will reach a distance, so it is advisable to always bring waterproof containers to keep your stuff dry.

The best activity to do here is to enjoy the water, either swim at its base, feel cold by its captivating waters. The best thing? It's not touristy, so there are days when there are no other visitors around so you can definitely have your me time, perhaps a little meditation, rock balancing is also a good idea and just appreciate natural beauty and God's gift to humanity!

How to Get to Candijay, Bohol?

Driving from Tagbilaran City where the island's only airport is located, it would take around two hours to reach the main town while it would only take 40 minutes if one is coming from Ubay port for those who are coming from Cebu or Leyte.