From Film Annex to the Newspapers and Learning Inside the Community

On Film Annex, you can find a very active core of filmmakers who upload videos and blog regularly. The first advantage is that they are rewarded based on their BuzzScore. It also gives them a place to showcase their work. But it doesn't stop there. Being on Film Annex can also be a learning experience, a place to exchange with other filmmakers, and also a springboard towards fame!

By being on Film Annex, filmmakers learn to assess their own skills and how to improve them. They learn about filmmaking and animation thanks to the other filmmakers' blogs and videos, and about social media promotion with the BuzzScore. A few months back, filmmaker Kevin Parry mentioned in one of his blogs: "I’ve discovered that the effort put into ‘staying on the list’ not only benefits my revenues on Film Annex, but also has a positive, reciprocal effect on my involvement in social media, and in the film world in general." Kevin also mentioned that, to be featured on the Annex Press, he researched about several topics covering filmmaking, social media, and the film industry, and therefore, learned a lot on his own approach of filmmaking and distribution process.

Inside the filmmakers' community

Film Annex welcomes filmmakers from all over the world with a wide variety of professional backgrounds, from documentary filmmakers to fashion, animation or narrative film directors. By browsing the Community section that organizes them by countries or roles, connecting with each other, reading each others' blogs or watching films, filmmakers are able to engage in conversations, share their experience, and create useful contacts within the industry.

In another blog, Kevin Parry adds : "I’m actually connecting with other filmmakers and discovering new content daily.  Where I think Film Annex is succeeding at building a filmmaking community is by first attracting users to individually want to return and increase involvement (more activity equals more revenue)." We recently launched a LinkedIn group to gather our filmmakers and use as a "mirror" to our community on the platform. Filmmakers can use it to share their blogs and films on a larger scale and get feedback from one another.

Fame is around the corner

Film Annex isn't the only place where our filmmakers can get recognized for their work. From Film Annex to social media, and then the newspapers, there are only a few steps. In a recent blog, filmmaker Tom Chimiak explained how "Film Annex has been vital for exposure on projects (views, likes etc) and approaches from film festivals about submitting work." He gave the example of one of his short film presented in a festival which was promoted on social media by his school program and himself. It led to him being contacted by a local newspaper for an article and later on for a press release by his University, to be promoted again on Twitter to reach out to a new audience. The cycle was complete. Mark Kuczewski is another of our filmmakers who had several articles about his work in newspapers in the UK, where he is from. The articles mentioned Mark's budget-free film Living with Someone and his experience with the Film Annex platform. 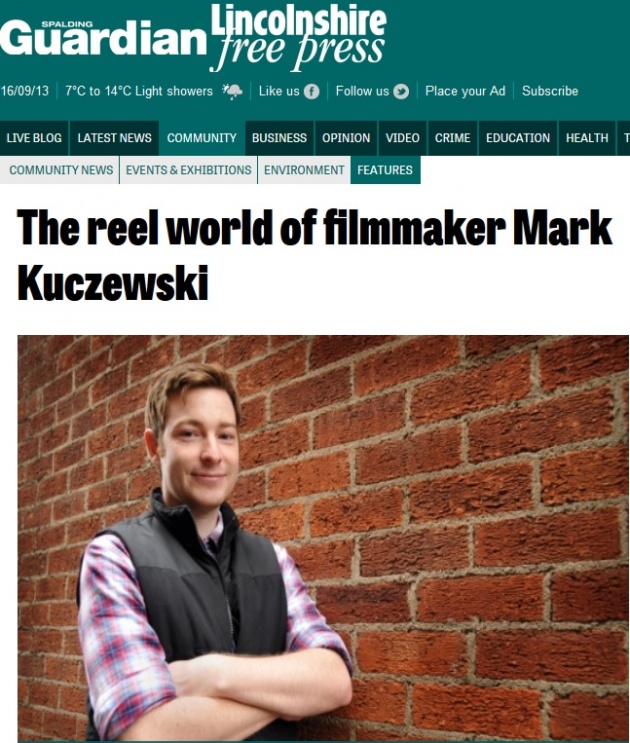 Whether you have been on the platform for a while or are a newcomer, those are examples on how to take full advantage of your film experience on Film Annex. Contact us with any questions or comment below!