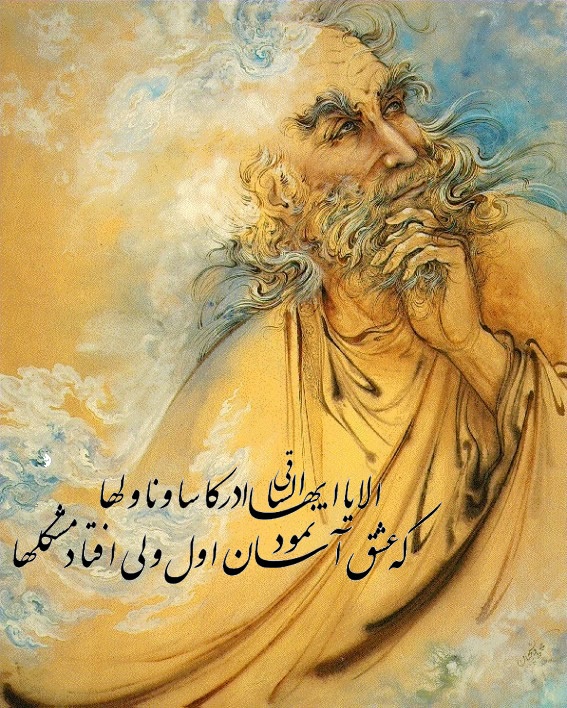 By the time he has 30 years old‚ hafiz had become a famous professional poet. It is said that he has made his living by writing poetry until the end of his life. 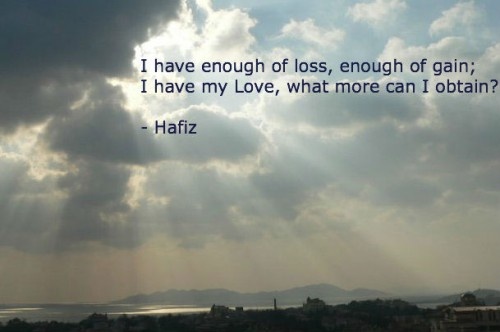 His verses sometimes were addressed to the rulers of his time‚ special the Muzaffarids‚ who held power in the Fars region after the falls of the Mongol Ilkhanid government. He was also banished to cities of Isfahan and Yazd during his life. By the time he was in the middle life. His fame had spread both to India and Arabic-speaking territories. He was deeply attached to his native city of Shiraz and he spent almost all his life there. 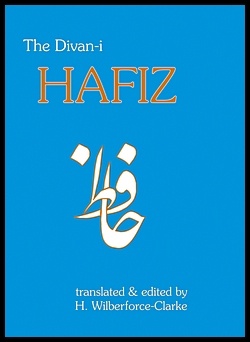 Sheikh Mohammad Shamsoddin hafiz of Shiraz was one of the greatest lyrical poets of all time. He led Persian poetry to the height of its development up to that time. His favorite form was ‘’Ghazal’’ in which he shines‚ because of the perfection of his diction rather than the novelty of his ideas. He freely uses the imagery of mysticism to dress worldly emotions. He may have deliberately phrased verses so as to permit a worldly and a spiritual interpretation of his love poems. 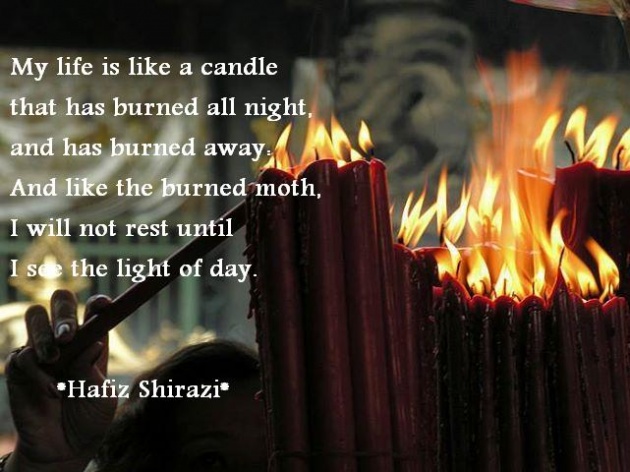 Hafiz’s fame rests mainly upon his ‘’divan’’ an anthology of lovely poems. It is said that his divan was edited and collected after his death by Mohammad Golandam who was one of hafiz’s close friends. Of his divan there are now hundreds of manuscripts‚ over thousands printed editions and a great number of translations in different languages. The most reliable copies of hafiz’s divan contain about 500 poems.

Hafiz was a great linguist. He raised the Persian poetry to a very high artistic level. He passed away in his native city of Shiraz in 1388 A.D and was buried there. His beautiful tomb is known as Hafeziyeh. 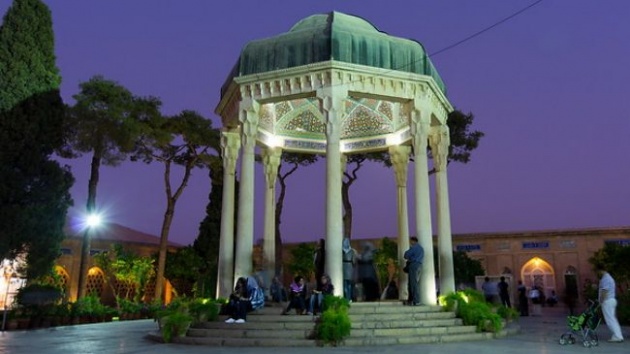