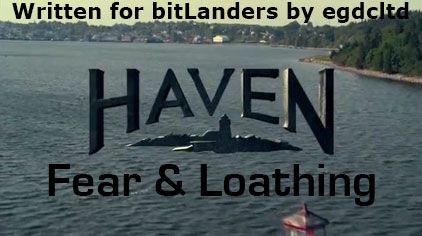 "Fear & Loathing" is episode two of season two of Haven, a supernatural drama series loosely based on Stephen King's The Colorado Kid. In this episode, Parker 2 tries to find out the turth about Parker 1's Howard and people start reacting in total fear to something nobody else can see. 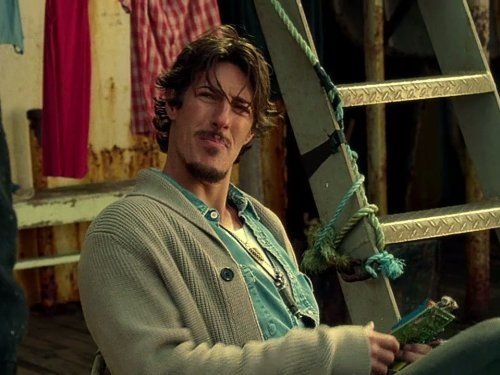 In the previous episode "A Tale of Two Audreys", Parker 2's boss, Agent Howard, arrived at The Grey Gull with other FBI agents. This Howard is a different person to Parker 1's boss, meaning that things are definitely more complicated. Both Parkers have identical memories, as a result of which Parker 2 didn't shop Parker 1 to her boss. Was Parker 1 truly working for the FBI? Why are there two Howards? Why do the Parkers have identical memories? It's becoming increasingly likely that Parker has Parker 2's memories, rather than vice versa, and that her Agent Howard is not part of the FBI. Parker 2 is staying in Haven in order to try and find out the truth about Howard, and seeks out Duke for his help.

The memorial for the chief, who died in the season one finale "Spiral", is finally being held (although most don't know how he died), and during it Nathan starts to feel things again. Meanwhile, Duke goes into a grocery store and all the people in it - including Duke - start reacting in total fear. Each of them is seeing a completely different thing. A friend of Duke's also wants his help with something. 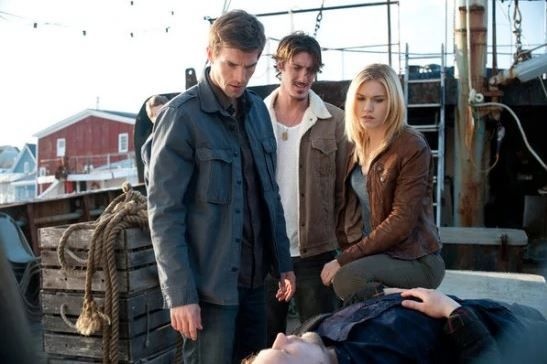 Parker 2 is Affected But Parker 1 is Not

The fear thing is very quickly tracked down to a girl who makes people see the things they are most afraid of. Parker isn't affected, but Parker 2 is. Very quickly - there's more going on than just her affliction. It's not a huge surprise when a connection to Duke's friend is found out, as otherwise that looked completely separate from the rest of the episode.