How Mauricio Vargas Built a Little Film Annex and Monetized It 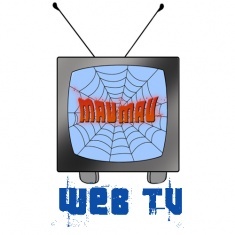 Mauricio Vargas made $1,900 without even having his Web TV or any of his movies featured on Film Annex's homepage. How did he do it? He created a little Film Annex himself on his Web TV: http://webtvs.filmannex.com/maumau.

We often send out e-mail blasts and social media alerts about our new features. For example, our open film library has over 4000 films, and the Web TVs are customizable. We have a blog section, photo galleries, etc. But not everybody puts these features into use. Apparently, Mr. Vargas does. With only a handful of original films, he started curating his Web TV. He later added public domain and Creative Commons licensed films to it from our open film library. Moreover, he requested the permission of other filmmakers to see if he can present their films on his Web TV as well. Some of them said yes, and I'm sure some of them denied the request. Nevertheless, Vargas managed to create a Web TV with 11 channels, including "short films," "DIY filmmaking," "full-length films," "Chaplin films" amongst others.

He put flashy widgets on his channel that he created and wrote a concise description that summed up his mission pretty well: "Maumau Web TV now features 11 channels with the most interesting movies from around the world, full length films, short films, web series and much more! Check out Blog Posts for the latest news and trailers from movies coming soon! Follow Maumau Web TV on Facebook and twitter for more movie news and trailers! Check the links below to watch all the best movie content in WebTV Channels altogether only on Maumau Web TV!" But, that's not it. Vargas also became an avid blogger and started bringing us news from Hollywood as well as independent film circles. And the traffic kept growing, the revenues started increasing.

Now, we can't sit here and argue whether Vargas is a great filmmaker or not, but we can surely say that he knows one thing or two about marketing, social media, the internet, and most importantly how Film Annex works. And we take our hats off to that.