Life on a Backpack of a Minimalist Videographer and YouTuber

It's crazy knowing someone living such a way that his life doesn't depend on a lot of things. Today, I was introduced to Kraig Adams and I thought he is the perfect subject for a blog feature especially that it's been a while since I had shared someone else's life on writing. Who was the last one? I can't figure it out until I do my own scrolling on my blog list which I have no intention of doing as of the moment.

But just the thought of being a minimalist sounds a little scary but exciting at the same time, at least for me. I have reckoned I won't be able to live as such because I am overly attached to a lot of my stuff at home, talking about my journaling books, my pencils, pen collection and a bunch of books which I still have not read, plus I am overly excited about changing mattresses every now and then. But it is good to find someone who has not many but is completely okay and content with his lifestyle. By the way, this blog is about Kraig Adam's life as a Travel videographer and Youtuber.

According to his social media page, Kraig Adams is a nomad filmmaker, photographer, podcaster and minimalist. He is currently based in New York City and he was part of the team founding the online community Wedding Film School.

Twenty-seven years old as of this writing and he has a passion for minimalism. As per Kraig himself, minimalism is eliminating distractions to focus on what's truly important. 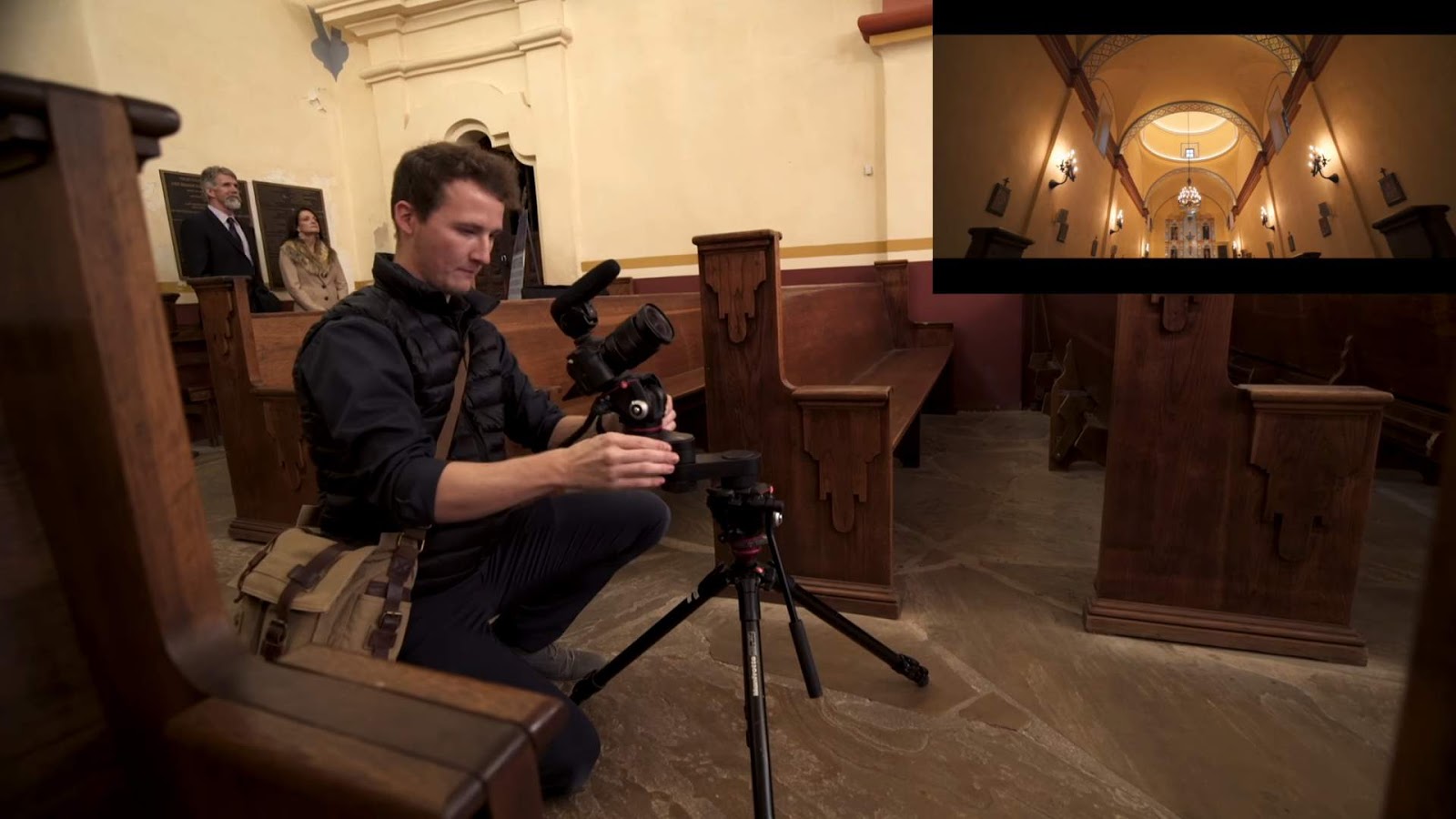 He started embracing minimalism for more than a year now and he had been successful so far with that, he gave away a lot of things on his shelf, sold some and while others worried about his situation after, he felt it was the best thing until he moved in with his girlfriend which is a different story now. He is still a minimalist but his house has obviously more stuff now compared before.

Although his minimalism strategies have declined at home, he still continued to be a minimalist while on the road. Because of his job as a travel videographer, he is always en route to somewhere. He had labeled himself as a nomad minimalist filmmaker, the description follows below.

What Does Nomad Means?

My ever reliable friend Mr. Wikipedia said a nomad is someone or people without fixed habitation. This means such is a member of a community of people who regularly move to and from the same areas, including nomadic hunter-gatherers, pastoral nomads (owning livestock), and tinker or trader nomads. - wikipedia

I have a couple of friends who label themselves as nomad too. Most of them are freelancers who love traveling too where they go to different places, stay for a couple of weeks and then move to another interesting spot or province. Some may stay in the country while others prefer going to another country.

It feels good to see their feeds, experiencing a different culture and season and I thought it would be also a good thing to be in that kind of situation perhaps. But I am not sure if I will fit into that category. I always miss home and miss my own privacy too plus its quite a pain bringing with me my backpack most of the time.

His personal description of minimalism sounds really great! Distractions are a pain for those who want to do a lot of things but has limited time. Of course, distractions come in different form and they differ depending on a person. Some may be able to work in the midst of a chaotic, messy and noisy place while others just can't move on with anything when they see something distracting.

Another explanation he gave on one of his YouTube videos was this line:

"Minimalism is not just about owning less stuff, its more about re-evaluating what you value. Developing a good filter."

I never thought everything that one needs can fit in in a backpack. Nonetheless, Kraig Adams showed and proved that he can survive with such little things.

However, note that although he has only a few things, at least to what most adults do, these are his most needed possession. Minimalism had indeed grown into his veins that he had live to this lifestyle for quite a while now.

To set the record, Kraig Adams travel a lot. Like literally a lot, as he has travel projects and clients, he is normally on the road. Also, he is a travel vlogger and Youtuber at the same time so it is given that he owns what most travel vloggers own as well.

First, his backpack is a 45 Liter type which has an outer sleeve which can easily be made open to give way to his one smaller camelback water backpack. The backpack was intended that way because it can fit a lot of things and can also just fit on an overhead storage in an airplane! Say goodbye to check-in bags or items!

He is very lucky he's a man, if he's a she then it would be a different story. Being a man has its own benefits, one of that is the fact that they keep a very little number of items for toiletries. With his clear containers, he can keep everything visible, his toothbrush which is foldable, his razor, soaps, and other stuff are kept organized in those clear containers.

Aside from that, he has an ultra-portable microfiber towel for drying off. This towel dries pretty fast and it includes a nice little bag.

For his footwear, he carries an ultra-lightweight travel sandal for warm weather walks and for keeping feet clean and protected while taking showers in hostels, it folds up extremely small and compact. Then he usually has a single shoe too for walking, hiking and running. He got three socks too, thin ones.

Kraig Adams only got one pair of Do-In-Anything "DIA" shorts, three compression shorts which he uses as underwears, a pair of blue jeans with a belt and a single running shorts. For shirts, he has three pairs of Uniqlo AIRism black crewneck short-sleeve t-shirts. A black cap, a black hoodie for cold weathers, and one raincoat in case it rains.

As a filmmaker and YouTuber, the most essential thing for him is his camera gears. Being a traveler, it is hard to bring a lot of stuff while on the go so he had brought with him his favorite ones.

Rode microphone for great audio especially when recording podcasts. A Joby rig and an ultralightweight tripod for shooting, a drone which is a Mavic 2 PRO with a Hasselblad lens and extra battery help a lot when traveling. Extra batteries, extra SD cards, and travel adapters too. Plus, a 2016 MacBook Pro with a mouse and thunderbolt and of course headphones.

Additionally, he also keeps a sleep sheet which he uses to get protected from dirty hostel sheets, it includes a nice little carrying bag too!

TSA lock for locking his stuff when in a hotel, can opener, a single gel pen, and a small paper pad. The pair of sunglasses is also there to keep his eyes protected from the sun on a sunny day while running. All of this stuff fit into his 45-liter backpack which is pretty cool! He usually washes his shirts and undies over a sink and they are pretty thin and dries quickly.

Being a nomad and a minimalist is surely challenging but as what Kraig Adams said, it is all about being intentional and filtering out those that won't help you with your productivity.

I am not sure if I can survive the same lifestyle but it is doable! Anyone who wants to live the same way, I salute you all. It might be fun to be that person, someone, too!

What do you think of minimalism and being nomadic?

Live Streaming: The Future of Vlogging

Today, I just realized that there's someone out there much famous than my favorite YouTuber, Peter M…

Image edited on Canva credits: Jean Beltran via bitLanders YouTube, Vloggers and all those trending …

How to Get More Views on Your YouTube Channel !

Greetings Bitlanders! Hope you all are doing good! And if not then grab a cup of coffee because I am…

Why I Believe Alex Gonzaga is Philippines' Next YouTube Sensation?

Last night, while I was about to sleep, my husband James had his YouTube playing on our television. …