'when a storyteller dies, a library burns'

Well, can't agree more to it, and it wouldn't be wrong as well if I were to say, 'it's election week in Kabul'. The historic elections, the elections with the most voting cast ever in the history of Afghanistan, it's the topic of every gathering, every night, and everyone's bragging about their favorite candidate while expostulating the others.

I believe these elections have created such a big fuss both among the Presidential candidates and their supporters, that none even bothers about the laws of the country, rules and regulations are nothing but some words written on a paper destined to be torn apart, both using media for their purposes, spending millions of dollars for their political campaign, the level of agitation is so high, that Dr. Abdullah Abdullah's 2nd Vice President 'Muhaqiq' even indicated expectancy of another civil war if they weren't to win, to whom Dr. Ashraf Ghani's 1st Vice President, General Dostum gave a very satisfying answer.

'Unless all the charges are proven against Dr. Abdullah Abdullah, none has right to talk against him, he is innocent and has no hand in the civil war and the genocide of Pashtuns'

Never mind, during my Kabul visit, an elder person who was resident of Kabul at the times of civil war told me a story of the situation in Kabul. He began by stating himself as a sinful eye witness to the event during the early 90's when, in the leadership of Burhanuddin Rabbani, the late-Ahmad Shah Massoud took over Kabul by using all the weapons in their hands against the people of capital and opposition leader Gulbuddin Hekmatyar. In their struggle for Arg, the whole Kabul suffered and suffered well. 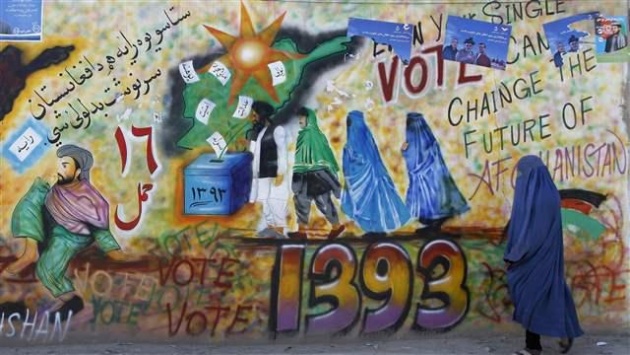 'An old man with 14 members of his family that included women and children were sitting around a lunch-mat all together in their hajra beside the yard, having food and discussing the rocket fires, the genocide and worsening of situation in Kabul, during the process of talking the head of the family went outside towards the well to wash his hands, when suddenly, fighters of Northern Alliance came to the community in their cars and started firing rockets after rockets at houses, at people and every possible target they could see, at this moment, one of the rockets hit right in the middle of the lunch-mat.

This was probably the 2nd rockets fired among the 100's, and none of the 13 members had barely moved from their places when the fired rocket came buzzing in, leaving the whole places ruined and affecting the surroundings as well. The sound of the rocket blast this near was so huge, one could not even come back to their senses for minutes, all the members of the family were dead except the old man who went towards the well to wash his hands. After minutes of the blast, when all the sand and sounds had perished, the old man rushes to his hujra.

realizing the death of all his family all sudden, the old man screams and screams high, so high for minutes that the tears covers his whole face, the man then starts hitting the ground then hitting himself, then cursing the northern alliance fighters and their leaders and finally curses the whole civil war, the illiterate Afghans and Afghanistan and screams again. Minutes after his cries, some of the local members from the community gets the dead bodies from his home and towards the yard near the well, the old man being fainted for some times wakes up again. Seeing all the community members inside his home near the dead bodies, he cries with so much pain, cursing himself loudly and the whole lot again.

After some years, there wasn't a home in the community that wasn't destroyed, the home and hujra was claimed by his relatives, the old man was mentally ill for some time and then got completely mad. This was a Pashtun (Pathan) community where both sides residents were Pashtun families.

The person who told me this story was the neighbor who witnessed the whole scenario. This story came to my mind today when Abdullah Abdullah blamed others for everything and considers himself as innocent for all his crimes in the past 25 years after the Soviet's withdrawal from Afghanistan.