The plan for the day was for the cast and crew to meet at my house (expenses paid of course), there we were to get taxis to the location, a pub called ‘The Grays Corner’ situated approximately 5 minutes drive away.  I was to meet the pub owner at 10.30am who was going to us in to set up and start shooting. However, as soon as I arrived at the pub, I was rang by the owner himself who informed me he had forgotten our previous arrangement about me using his property on that day. He proceeded to say that he would get to us as soon as possible, leaving the crew, my actors and me waiting with all the equipment for 45 minutes until he eventually arrived. Frustrated and a little angry, I was unable to complain to the owner as I was now 45 minutes behind schedule. So we set up as quickly as we could, and were forced to make up the time by rushing through a majority of the second scene set in the toilets on location. This was obviously regrettable but at the same time, unavoidable; I made the decision that the most important thing was to shoot everything I had planned in the first place (since we were only allocated one day of shooting).

The rest of the day went fairly smoothly and the actors were all very professional and easy to work with, making directing them straightforward and enjoyable at the same time. 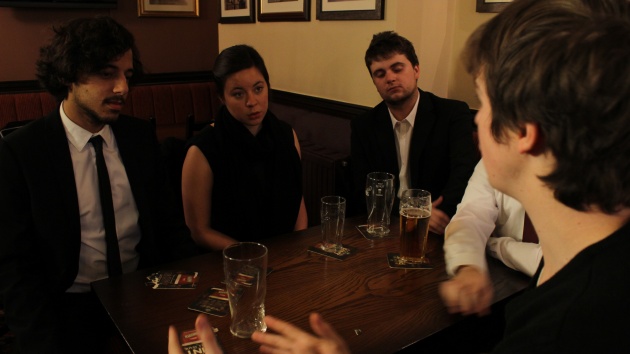 Having shot my film in the first shoot week (of two), I had a little more time to edit. I used this time to label my clips and audio carefully, and organise them into different folders to help me when I came to start the first rough cut. Editing is not something I really look forward to. I’ve always struggled to get my head around the computer software, so the process for me is extremely wearisome and boring. The main problems I noticed with the footage when I reviewed and started putting it together were the evident lighting changes between the wide shots, which I filmed in the morning, and the individual close ups which I did in the afternoon. In addition, because I had to rush for most of the shoot, my crew and I did not white balance properly for a few of the camera positions. To battle these issues I attempted to adjust the brightness and colour correct the aforementioned shots. This meant I had to leave a lot of time at the end of my editing schedule to sort each clip and therefore, in the end was forced to resort to finding a medium colour temperature for all the shots. I don’t think works at all well unfortunately, and it does deter the viewer from the action on screen a little. Reflecting on my first individual University project I strongly feel I have learnt a lot about what to do and what not to do when writing, producing and directing a short film. 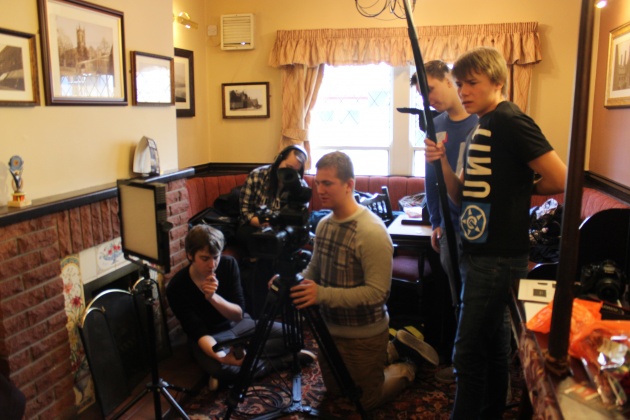 Overall, I am not happy with the final outcome of my film, this is mainly due to the colour problems I had and the performance of the equipment I was using. For example, the EX3 camera was very restricting and although it is very effective for advertising and commercial projects, I feel that it is not very useful for dramas. Despite keeping the subjects in focus and lighting them strongly the image came out very dull and full of grain. To avoid these problems reoccurring I am not going to use the EX3 again. Having said that there were parts of the production where I could have been a little stricter with the actors and a little better explaining the visual style to my DOP which along with the poor performance of the EX3, was a contributing factor to the unattractiveness of the final films visual look.

Although I dislike my first individual film, I can take a lot of positives with regards the experience I have gained from it. Realising that film-making is a huge learning process, and as long as I learn from the mistakes that I’ve made and never make them again, I can remain confident about my future projects I take on, both at University and in my future career. 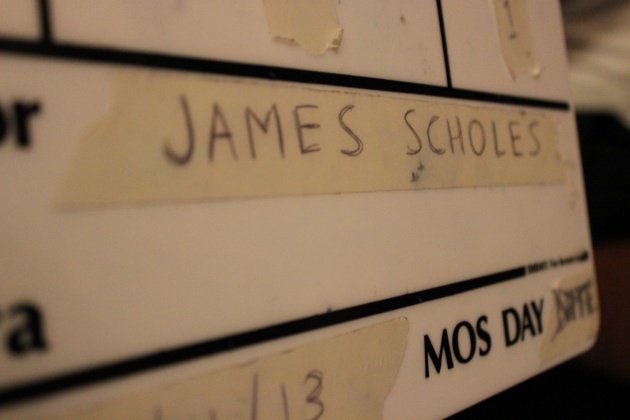 Crewing for others: Assistant Producing Part 2

After the casting process was underway, David (the writer/director) needed help with finding the des…

Crewing for others: Assistant Producing Part 1

Crewing for others: Set Design

I have to admit, and this will sound crazy coming from a film student but.... I've never been very e…

At the beginning of my second year at University, my peers and I were offered the chance to apply to…

Foot in the door: Getting work experience!

Although I feel I've developed some fantastic skills during my time at University, I admit I have ne…