Marriage in Iran: An Analysis of the Roles of Women

Like those from other countries, modern Iranians tend to marry for the same general reasons. Gender-divided responsibilities between spouses are also similar in respect to many other cultures. However, given the distinct political, religious, cultural, and economic situation of such country, some aspects of marriage in Iran remain considerably different from the west. Increase in girls’ education has resulted in an all-time high enrollment of female students in Iranian universities. With more women joining the workforce, although undoubtedly with hindrances, the roles and expectations of women are slowly changing, and these effects are not excluded from marriage. Iranian women are pushing for basic rights and individual freedoms, concepts that transcend the boundaries of marriage. I was able to gain a deeper understanding of Iranian women’s lives through interviewing a native Iranian student. 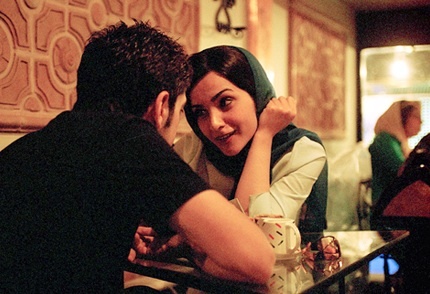 Despite the fact that Iranian women are voicing their opinions more than ever, a society built upon Islamic laws and principles still limits the actions of women. I asked my interviewee, Aly, a twenty seven year-old single Iranian male from Tehran, what he thinks is the primary reason both Iranian men and women choose to marry. Aly expresses that for women, “Today I think the priority is finance. They always say the first priority is morals, but in reality, money is important than other things, especially for young girls. I saw that they even marry with old men…if they are rich, then it is not a problem.” While this statement neither extends to the entire population nor is limited solely to Iran, it still contrasts what Aly believes motivates Iranian men to marry. He claims, “Some of them do not know what marriage is – some want to prove that they have become perfect men, especially after doing their military service. But I think men over thirty want a normal life and to have children.” Although it is fairly common for a number of women marry for financial stability, it remains true that Iranian women often must depend financially on men despite their credentials and willingness to work. Gender bias in the labor market has contributed to a disproportionately higher unemployment rate among women. Unfortunately, “success in higher education did not bring educated women better job opportunities or access to decision-making positions” – (Rezai-Rashti & Moghadam 2011:8). Since 1998, female enrollment has surpassed male enrollment in universities; yet women are often blocked from careers that are viewed as traditionally male-dominated. When I asked Aly, however, if Iranian husbands allow their wives to work or if they prefer them to stay at home, he replied, “In the past, about thirty years ago, it was very common that women stayed at home, but today, no. Today’s economic status is not good, and women should be bread winners too.” This seems to suggest that an Iranian wife’s work is viewed only as a last resort solution to help relieve her husband’s financial burdens that, in recent times, have been caused largely by sanctions. The incentive for husbands to encourage their wives to work is to earn more money, not necessarily to promote gender equality. 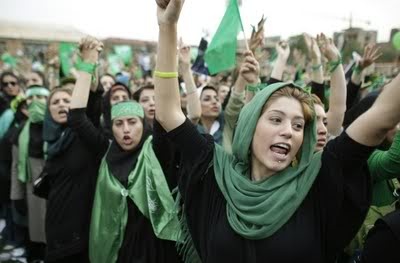 In Iran, a wife generally enjoys fewer rights than her husband. I asked Aly if he believes Iranian women have the same important decision-making powers as their husbands. He responded, “For rich families, I think that women do not have any problem. I can also say that all parents would like their daughters to go to university. But most husbands limit their wife from going to university because they think going to university disturbs the balance of life.” While Aly only discussed one example of how Iranian wives often are subject to follow their husband’s requests, their limitations usually extend to matters beyond their own education. “Women play no key role in important decision-making in family. Their power of making decisions is restricted to trivial matters including choosing the decoration for the house, color of the car and the kind of cooking” – (Kiani 2012:425). This naturally prompted me to ask Aly if a divorce is more difficult for a wife to obtain than for her husband.  Unsurprisingly, he answered, “For women, it is more difficult unless the man is sick or uses drugs. If a woman can prove that her husband hits her, she can divorce easily.” The sexist bias of Iran’s legal system is evident, even through Aly’s perfunctory phrasing of “if a woman can prove…” Proving domestic abuse, or any legal allegation, for that matter, is unfavorable towards Iranian women as a woman’s testimony is worth half that of a man’s. Therefore, “although education and occupation have increased among women, the traditional style of household chore division and decision-making are still dominant in the family” – (Kiani 2012:425). 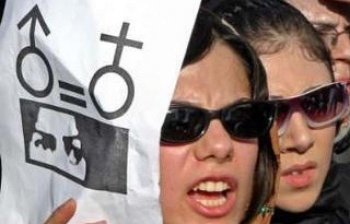 There is, however, an Iranian bride price known as a mehrieh, which sometimes serves to help a woman financially should her husband file for a divorce. Despite mehrieh’s decline in popularity just some decades ago, mehrieh has been steadily regaining prevalence after the 1979 revolution and is viewed by some as “a strategy to counter the legal discrimination and risk of divorce that women face under the provisions of Islamic family law” – (Rezai-Rashti & Moghadam 2011:17). It has been met with criticism as well, as some Iranian women believe mehrieh encourages women’s dependence on their husbands. Women commonly hold off receiving mehrieh until their husband’s death, or in some cases, until they get a divorce. Nevertheless, if a woman is found to be “guilty” in the case of the divorce, the mehrieh must be relinquished. I was curious to hear Aly’s own opinion about mehrieh and asked him if he believes mehrieh protects women after a divorce.  He responded, “No, not at all. Mehrieh makes a lot of problems and eliminates the trust between the husband and the wife.  Most men are in prison because they can’t pay the bride price.” Aly further explained that mehrieh is typically high for young and beautiful brides, sometimes reaching 500,000,000 tomans, the equivalent of roughly $4,100 US dollars.