Hello everyone! Last time, I told you about Bravame.com. Today, I will tell you about Comediaty.com. What was my experience with it and all? You will know here!

Comediaty.com is one of the webTVs introduced by Bitlanders. According to this channel, it is where you can watch comedy and animated films made by independent film makers. Below is a video on how to use this channel: 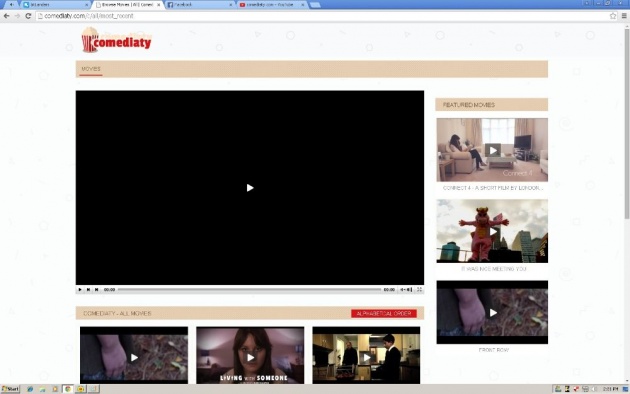 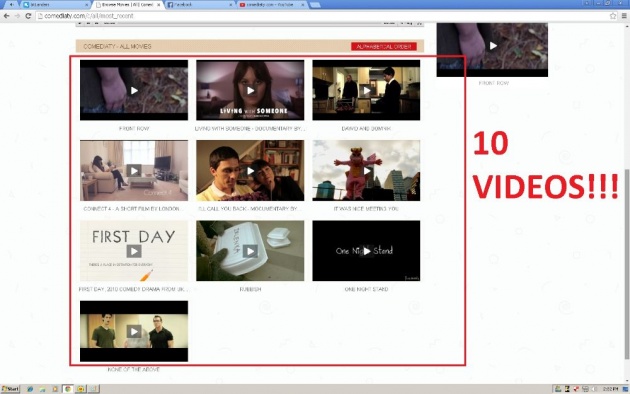 The movies shown are:

II. Living with Someone

V. I'll Call You Back (Mocumentary)

VI. It Was Nice Meeting You

X. None of the Above

To be honest, I think that this WebTV is very easy to use. Well, in terms of usage, it is good. Even an illiterate person can easily understand on how to use it, so there is no problem to it.

Now, as I have done watching all of the videos, let me give you my reviews on each video. I will also be ranking the videos from 1 to 10, with 10 being the least interesting and 1 being the most interesting. (TAKE NOTE: This is just from my own perspective and it may be different for you.) 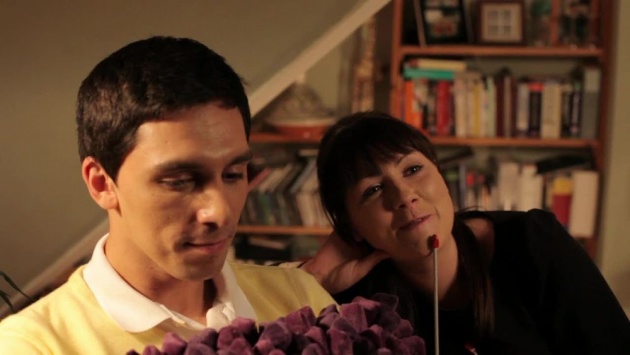 (c) I'll Call You Back (Mocumentary)

A short documentary film made while shooting "I'll Call You Back". The aim of the video is to show what happened behind the scenes and how funny the actors can be in real life. It was done to help promote the film.

Movie Reaction: At first, I thought the film was VERY BORING. Maybe because I didn't watch the main film first (Main movie title is 'I'll Call You Back'). I couldn't relate to the actors. I really thought that the actors were very serious and the type of people whom I don't want to have a conversation with. BUT when I watched the main film, it changed everything. I APPRECIATE this film now. That is why my tip for you is to watch the main film (which is displayed above) first before the documentary.

A young girl tells us what happens next after she dies in a world where the dead is not "dead". 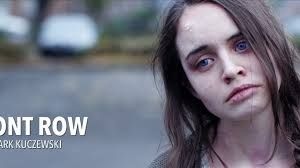 Movie Reaction: This film is not really funny at all and I don't get it why it was put on Comediaty.com. Maybe because it was meant to be funny? But it really isn't funny. However, if you are fond of watching "zombie" films, then this is for you. It is a serious movie.

Alice dreams of becoming a singer someday. Filled with her grandparents' and boyfriend's affection while working as a projectionist at a local cinema, Alice lives a simple life.

BUT THE STORY DOESN'T END THERE...

(C) Living with Someone

Not also funny, but it's a bit interesting for me. When you see this video, you will enter into the world of someone with "psychological" issues and be brought into the eyes of that person.

I just have some questions: Why was the video put in this channel when it is not even funny? Is it to make fun of people with psychological issues? I hope not BECAUSE IT IS NOT FUNNY TO BEGIN WITH. NOT EVEN A SINGLE DROP OF HUMOR.

The day after a "one night stand". 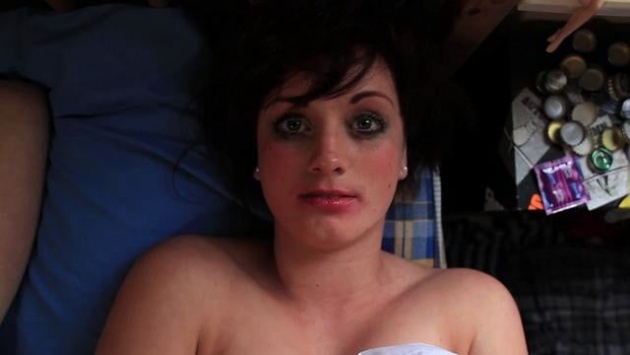 To the director, pardon me for not getting the message of the story right away. But after researching google, I now got it!

For this video, I have only one line: "Regret doesn't come at the start but ONLY at the end, so think twice before doing something."

The story centers on an old man who keeps complaining of the trash continuously left outside a garbage can. He becomes very determined to know who the real culprit is behind the "trash leaves" to the point of using chalks and signboards. Until one day, he discovers something that will change his mind.. 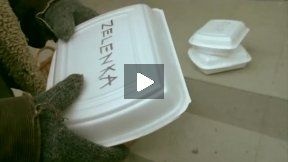 The movie is a semi-silent type of movie but there are other characters present in the story aside from the old man, so it shows some side stories. An example is that of the "couple". A few might consider it as funny, cute and touching at the same time.

#5 NONE OF THE ABOVE

After dying from a car accident, a "pretentious" christian tries to earn a spot into heaven. 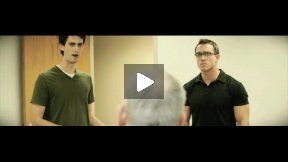 The protagonist's actions are fun to watch, like you would really see his effort. There is a sense of challenge. It is a fictional movie but gives you moral lessons. Kids should definitely watch this!

Dawid narrates his story as he tries to find the perfect woman for his father, Dominik. 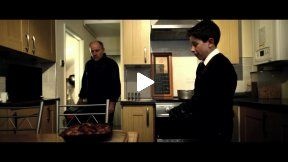 Photo courtesy of "Dawid and Dominik"

The movie is cute! I never imagined that such kid can do "those" things for his dad. The funniest part was the "searching phase". How shall I describe it? I've got mixed thoughts about it. It is cute, ticklish, and makes you SMILE in pieces. :)

#3 IT WAS NICE MEETING YOU

A cop attempts to save a 'broken' lady from committing a perfect crime on the top of a building when.... 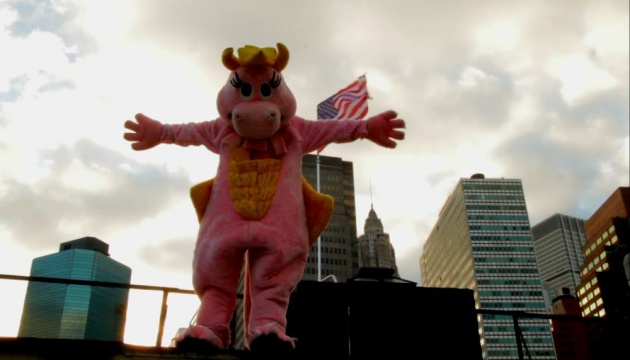 Photo courtesy of "It Was Nice Meeting You"

I think I've already given a lot of spoilers in the description. Just my words are JUST WATCH IT. Funny and shocking! Just watch it!

Ever heard of the board game Connect 4? This movie tells a story between a young lady and her opponent playing Connect 4 together.

A young lady is relaxing on a couch while reading when someone starts a game of Connect 4 on a table in front of her. The game board has already been set up with a piece already in it. She takes her turn and puts a piece into it. To her amazement, someone REALLY did play against her as another piece is now placed! And now, the battle begins between her and an unknown opponent! 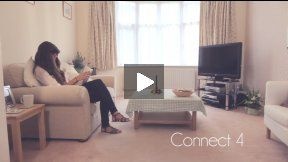 The story is unbelievably creative! At the first few seconds of the video, it made me curious. The ending has left me hanging and I guess it would be great if it had a sequel. I believe that there is more to this and that people will be expecting a part 2!

Directed by Anderson West, it is a comedy drama filmed in UK.

Oscar, a school kid who received detention on the first day of class, got late for his detention with Mr. Davis, the very strict Science Teacher. But how did Oscar end up in detention? How did he end up in this mess? 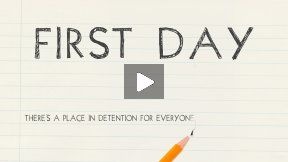 I died out laughing watching this movie! I didn't expect the story would turn out to be that way! A hundred percent funny and boisterous! The concept was unique and I appreciate the directors, writers, and everyone who created the movie. Never did I regret watching this!

MY OVERALL REVIEW OF COMEDIATY.COM!

Basing from the videos (Because again, I highly believe that the videos are the life of the channel), I can say that Comediaty is an 'okey' channel. It is not really 'funny'. Half of the videos are funny and half are not. But regarding the creativity of the videos, I have my hands down to that. To everyone who wants to see the site, I recommend you pursue it but don't ever get your hopes high that you will find every video worth the laughter. Again, this opinion is just my own opinion and we are all entitled to our own. But who knows? You might have a unique say of yours when you check this site, and I definitely recommend that you go and see it for yourself. Enjoy! :)

Pictured: Pamela (Bronagh Gallagher) shows off a cake whilst hiding her bun in the oven in 'A Bump A…