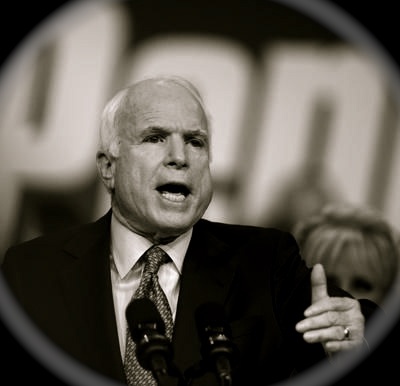 CNN Crossfire, I was Bosnian Ambassador urging US action and Senator John McCain was strongly opposed: “We (US) has no dog in this fight.” Pat Buchannan as moderator reinforced Senator McCain’s point. My argument was that US did though have an interest, recalling the heady days of transition from the Iron Curtain to a free Europe and the risk of ethnicity/religion employed as pretext by old authoritarian regimes to perpetuate hold over power and citizens. Bosnia’s unique situation as Muslim majority but also multi-religious society perhaps is even more important when now seen as precedent in context of today’s conflicts from Syria to war against Taliban. As I spoke I used the term “we” to also refer to us as Americans, part of my cultural and political identity even as I served as UN Ambassador for Bosnia & Herzegovina. Senator McCain interrupted, and somewhat brusquely asked “what is this we stuff?” I responded by pointing out that I was both American and Bosnian. My view was that our dual ethnic/national identities were a positive for America, as has been advocated by Jews, Arabs, Indians, Irish, Italians etc. It was a means for US values of pluralism, democracy , open societies and free economies to be shared with many states and cultures particularly then at critical cross-roads. Senator McCain did not respond. He was in Washington while I was speaking from CNN studios in New York. After the program concluded, I received a phone call. “Senator McCain here. I want to apologize to you for questioning your American identity.” A US hero had called me to acknowledge my right to same American status in country he had fought for and suffered years in a Hanoi prison. Will never forget nor allow my respect/appreciation to recede for Senator McCain or the country he represents and I love. It is the greatness of America. It is also possible though that our exchange also had some profound impact on Senator McCain. He has become a good friend of Bosnia. He is an advocate of oppressed and victimized people including most notably Syria and Libya. Perhaps even though not likely to win Republican primaries in today’s environment, John McCain sees all as global citizens with hunger for freedoms that Americans endear. By Ambassador Muhamed Sacirbey – Follow @MuhamedSacirbey Facebook = Become a Fan at “Diplomatically Incorrect” Twitter – Follow us at DiplomaticallyX See more at our Popular Video Blogs & Current News Event Articles at diplomaticallyincorrect.org/c/war-crimes-justice