In the year 2500, the transport ship Hunter-Gratzner passes through a comet tail near a desert planet while on autopilot with its crew and passengers in cryo-stasis chambers. Richard B. Riddick, a notorious criminal and escaped convict, gives narration about the passengers in cryo-stasis. While passing near a desert planet, a cometetary debris cloud ruptures the hull, killing the captain and some of the crew. The rest of the crew, including a docking pilot, Carolyn Fry, and her co-pilot Greg Owens, attempt to land the ship on a nearby planet. As the ship starts to rupture and fall apart from meteor damage and the heat of re-entry, Fry is forced to jettison some of the sections of the ship to give them a chance of a safe landing.

Fry, in a moment of desperation, tries to dump the passenger section of the ship to reduce their weight, intending to kill 40 people to save herself. Owens, shocked by her lack of morality, locks out the releasing mechanisms to stop Fry from killing the passengers, but dies in the crash landing. Fry joins the surviving ten passengers, among them an Imam, a law enforcement officer named William J. Johns and a young boy named Jack. Johns was taking Riddick back to prison.

The group gathers up supplies and begins exploring their surroundings. Tension runs high after Riddick escapes and Johns warns everyone that Riddick may kill them all. The group soon notices that the three suns surrounding the planet keep it in perpetual daylight and they begin searching for water. One of the survivors goes missing and while searching for him, Fry accidentally discovers photosensitive creatures underground that are swift hunters. The group decides to walk across the desert looking for water and supplies.

They come across an abandoned geological research settlement, with supplies of water and an emergency dropship with drained batteries. Inside the settlement, they discover more creatures and one of the imam's children is killed. The group also discovers a model showing that very soon the planet will be eclipsed and the creatures will be free to hunt above ground. Riddick rejoins the group, belying Johns' prediction, and they all agree to go back to the crash site and retrieve the power cells from the downed ship, which will then be used to power the escape ship. Riddick talks to Fry privately and reveals that Johns is not actually a law officer but a morphine-addicted mercenary who is here to collect a bounty on Riddick.

The group reaches the wreckage to collect the power cells but the eclipse begins before they can return to the settlement. The creatures begin pouring out of the ground, killing another survivor. The rest of the group hole up in the wreckage and plan their next move. Inside, the creatures kill another of the children. The group decides to salvage any light source they can and create a caravan to return to the dropship. Riddick agrees to lead them, thanks to his surgically-modified eyes that allow him to see in the dark.

After the imam notices they have crossed their own tracks, the group stops and Riddick reveals that the creatures hunt by blood and that Jack is bleeding. The others don't understand until Riddick reveals that Jack is female and the scent of her menstrual blood has attracted the creatures. Johns pulls Riddick aside and offers him a deal; if Riddick kills Jack and uses her as bait to lure the creatures away, Johns will report that Riddick died in the crash and let him go. Riddick, who actually has a high sense of ethics and morality, and concludes Johns is lying, severely wounds Johns and uses him as the bait, seeing Johns more amoral and opportunistic than himself.

The others make a run for it, but only Fry, Jack, Riddick and the imam make it to a cave near the ship. Riddick seals them in with a large stone and takes the power cells to the settlement. Inside the cave, the light goes out but they discover bio-luminescent worms, which they stuff in bottles to use as light. Fry leaves the cave and finds Riddick powering up the ship to leave without them. She pleads with him to help her rescue the imam and Jack but instead he offers to take her with him. Ultimately, they retrieve the imam and Jack and take them to the ship but Riddick is separated from the group and is wounded by two of the aliens. As Fry returned to help Riddick she pulls him back to his feet and helps him walk, telling him that she would be the one to die for the others, not him. Suddenly, just meters from the skiff, one of the indigenous predators impales her with its tail and rips her away from Riddick, flying off into the rainy darkness as Riddick shouts "Not for me!" Riddick then returns to the ship where Jack and the imam await. In orbit, Riddick tells Jack to say that 'Riddick' died somewhere on the planet below. 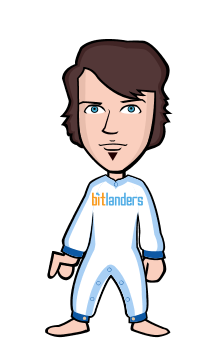 Hey guys! Kiran Abid is again here. I hope all of you are good. This blog is one of the most awaitin…

Hello Bitlanders friends. This is Ehtishami.Today i am Introducing Fast and Furious ( All Series ) i…

Hey guys!, this is Wayeez from Bitlanders.com today i am introducing you the most thrilling and the …