Relations of the Republic of Indonesia-Israel Public Unknown

RI public does not know that often deal with israel even though did not have diplomatic relations. Here I reveal some scandalous relationship between Indonesia and Israel are not on the public know.

Operation Alpha code "Pigeons" purchases 32 fighter planes A-4 Skyhawk. Major General Benny Murdani that time that led the operation immediately. Murdani words when briefing is: "The mission was a secret mission, then in doubt, please go back now. If this mission fails, the country will never recognize your citizenship".

Yes, when it does Indonesia have to face the continued military operations in East Timor and the shortage of fighter aircraft. Scenarios that time they were pretending to practice in America when they fly to the base of Israel. In Israel, the base has never had a definite name. Base name just a number and can be changed.

It could be the name of the base is the base number nine in a given day, but the next day could be replaced with other numbers. During the 4 months of the ten pilot training activities in order to implement the AU is able to control the A-4 Skyhawk aircraft. They were trained by Israeli pilots Air Force (IAF) to be able to operate the A-4 Skyhawk as a tool of war! Flight training ends on May 20, 1980 in the presence of the Indonesian military officials in civilian clothes.

Quite strange is not it? To state that there are no diplomatic relations but several officers could be present in Israel? Completed education in Israel, they do not immediately return to Indonesia, but was flown to New York first. The Air Force pilot deliberately sent there to be able to erase the memories of Israel. 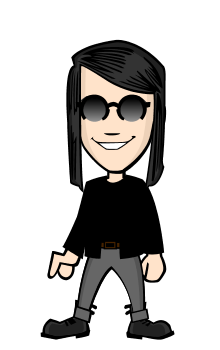 When I was 5 years old, my mother always told me that happiness was the key to life. When I went to school, they asked me what I wanted to be when I grew up. I wrote down 'happy'. They told me I didn't understand the assignment, and I told…