Role of Health Care for a Country's Development

Generally health care refers to managing a medical condition, both physical or mental, by diagnosing, treating and preventing it to spread. Health care is being ensured by certified practitioners worldwide in many areas, e.g. dentistry, medicine, nursing, midwifery, surgery, pharmacy, etc. The service is technically harnessed in three hierarchical levels, viz. primary care, secondary care and the tertiary care in addition to public health sector. 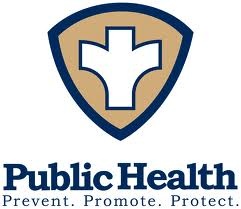 The availability of health care services by the masses in a given area varies from place to place depending upon the system of governance and economic conditions of the region, be it a country, state or a cross-section of a population. In some countries the delivery of health care services may be entrusted to private enterprises while at other places it may be ensured by central government or by relatively coordinated groups. Whatever the case may be, as per rulings outlined by WHO (World Health Organization), ... 'the delivery of health care services required an efficient economic backbone for sustained delivery, well-versed and well-equipped health care staff who is well-informed of the policies and objectives of the government, and above all the favorable environment providing essential logistics and support to ensure a quality health care program to be materialized in accordance with the vision of the initiating authority' ... 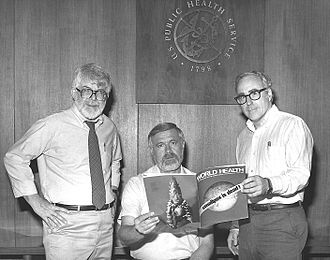 (Three former directors of the Global Smallpox Eradication Programme read the news that smallpox had been globally eradicated, 1980: courtesy of wikipedia encyclopedia)

Health care sector has lot to do with the economy of a country. For instance, during the year 2011, 34 members of OECD countries consumed over 9% average GDP in health care industry. Moreover, the life expectancy of the OECD countries exceeded 80 years for the first time during the year 2011 which is about 10 years larger than the one recorded during 1970. All the OECD countries, with the exception of the US and Mexico, have secured universal health coverage so long. 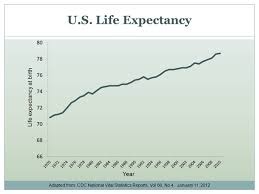 On a general scale, health care is regarded as an important parameter to promote and secure the physical, mental and environmental well-being of human beings in any part of the world. A glaring example highlighting the practical achievement of WHO regarding implementation of its global healthcare programs is that of the worldwide eradication of the contagious disease, smallpox that was declared to be effectively eliminated from by the world by the year 1980. 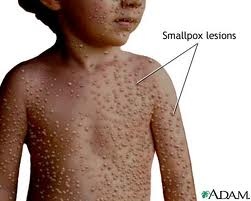