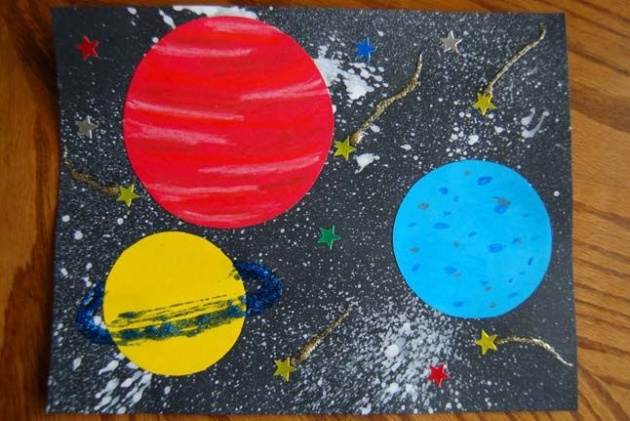 In Space and Solar System Saturn is the second largest planet. Saturn is on sixth number from the sun. Saturn is famous for its rings, because it has the different rings which surrendered the Saturn. Firstly rings seen in 1610 by Italian scientist Galileo and identified as rings by Dutch astronomer Christiaan Huygens in 1655. The rings contain more than 100.000 individual ringlets. Saturn has 18 confirmed satellites and as many as 14 others proposed but unconfirmed. 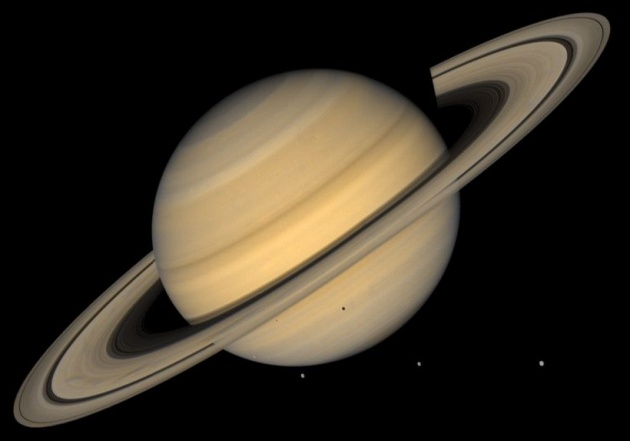 Saturn is mainly composed on hydrogen and it also has some amount of helium. Saturn atmospheric weight causes pressure to increase rapidly toward the interior, where hydrogen condenses into a liquid state. Close to the centre of the planet, hydrogen is compressed into metallic hydrogen, which is an electrical conductor; Electrical currents in metallic hydrogen produce the planet’s magnetic field. Centre of Saturn consists of heavy elements which have probably settled into a small rocky core with a temperature close to 15,000 degree centigrade. Saturn’s gravitational contraction causes it to emit three times as much heat as it receives from the sun. 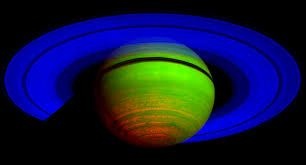 We have already that Saturn’s atmosphere is hydrogen which is 88% and helium is on Saturn is 11%, with traces of other gases. The temperature of Saturn’s cloud tops temperature is approximately -176 degree Centigrade which is very cold and on the other hand it goes about 27 centigrade lower than such locations on Jupiter. The period of rotation of the atmosphere near the equator is about 10 hours 11 minutes. The body of Saturn rotates with a period of 10 hours 39 minutes 25 seconds. The difference indicates that Saturanian equatorial winds have velocities close to 1700 km/h.

We have study that Saturn is having very importance due to its rings. The visible rings stretch out to a distance of 136,200 km from Saturn’s centre, but in many regions they may be only 5 m thick. The rings are thought to contain rocks, frozen gases, and water ice in lumps ranging from less than 0.0005 cm to about 10 m in diameter. One of the rings is dense enough to block sun lights. The apparent separation between to two most visible rings is called Cassini’s division, after its discoverer, the French astronomer Giovanni Cassini. It contains five faint rings. 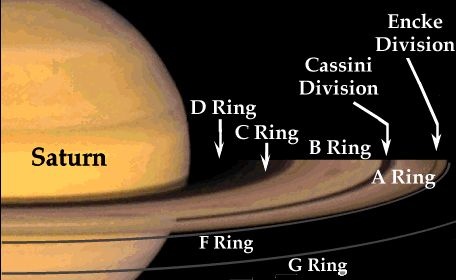 Today we have study about the Saturn and the Rings System. We also study the importance of Saturn rings and its importance due to the rings. In the next lecture we will discuss about the Uranus and Neptune.