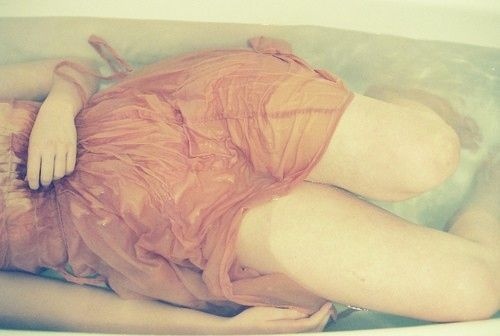 The first time I masturbated I was 12 years old. I was in the bathtub, helpless to a steady stream of warm water cascading down my lady parts, while the most intoxicating buildup brought me to my first orgasm. Nothing in my upbringing and innocent friend circle had prepared me for this earthshaking experience, equal parts pleasure and shame. I didn’t know what I stumbled upon, only that it felt scary and wrong, but I tried not to care. No longer would I be crushed out on Eddie Vedder or Chris Cornell. H2O had stolen my heart.

Thoughts of the acrobatic arrangements of flesh and dirty talk filled my mind all day long. I daydreamed constantly. I started and ended my days with orgasms. There was always time and a clip I hadn’t yet seen.

I was proud when I talked to boyfriends about my kink. See how edgy I am! How open-minded! Whether I was in a relationship or not, my bond with porn never waned. Tuning in and rubbing one out always sounded like a good idea. It didn’t matter how late it was. It didn’t matter if I’d already had two or three orgasms that day. I could be in a great mood, a foul mood, angry, sad, bored — whatever was going on, I knew I could top it. Heaven was literally at my fingertips, just a click away, and mine for free whenever and however I wanted it.

This went on for years. A decade. Almost two.

Then one day, I found myself clicking through gang bangs, but bored by the number of men I saw. Six in this one, eight in that one, 10 in the other. Usually gang bangs were a sure bet to getting off, but not this time. I kept searching, clicking through endless galleries of flesh, waiting to be impressed. Finally I found it. One that gave me that body-tingling, heart-racing, sweat-inducing rush of excitement. It was an older clip, late ’90s, but it was perfect. More than 500 men.

The Houston 500 stars the buxom blonde Houston, born Kimberly Halsom, taking on a reportedly 620 men in an uninterrupted frenzy hosted by Ron Jeremy. The filming was done in a garage, showing men taking turns mounting and finishing while the ticker goes up and Houston makes history in what was considered the world’s biggest gang bang. She is shown laughing a lot of the time, feigning ecstasy other times, and understandably exhausted toward the end. I know this because I watched it until the end. I watched the fluffers on their knees getting star-struck men ready for their big shining moment. I watched condoms get pulled off just in time for these men to erupt all over Houston’s oversize silicon breasts. I watched Ron Jeremy finish her off as lucky number 620.

I got off once, then twice, then three times, and saved it for later use.

The videos I had been watching recently shared common themes. Most were big on degradation. Many had violence. I needed more people in them each time. More close-ups. If the girl looked sad, even better. If the men berated her, I adored it. Girls with collars and leashes? Yes, please. Girls in cages? Sure. Drunk, semi-conscious girls? Of course.

I’d invent stories in my head. This girl probably wanted to be an actress, but couldn’t make it. This one is supporting her children. The more pitiful the story, the more I was turned on. But what did it all mean? What did it mean that my escape method was someone else’s supposed misfortune? It didn’t matter if the stories I invented in my head were true. I hadn’t a clue what compelled these actresses to pursue this line of work. What mattered is that I was getting off on their — real or imaginary — pain and subjugation.

I realized that in order for the videos to keep their charge, their intensity and their effectiveness, I needed them to induce shame in me. After all, that’s how I found pleasure — in that bathtub at 12, submerged in fear and confusion and the belief that I was bad — and that’s how it had to remain. I’d wired the neural networks in my brain so well that it had become impossible for me to feel sexually turned on without feeling horrible about it. No longer was there enough shame in simply watching porn. I needed darkness. To be disgusted. To be traumatized. 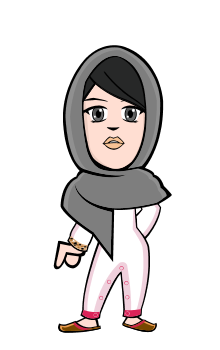