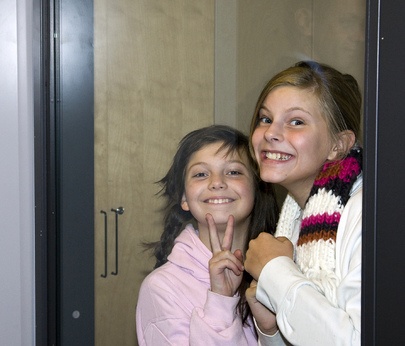 While officially described as minimal, deeper analysis in recent study suggests problem is deeper and wider, particularly in quality. From Bosnia & Herzegovina to Armenia, the problem is under-reported according to study performed through Columbia Universiy Teachers College and led by Professor Gita Steiner Khemsi. Underreported? “The first thing the teams found was that, although national statistical offices in the region typically report minimal teacher shortages, in fact, there was a serious dearth of highly qualified teachers in some subject areas. “Officially, they say there is only a small teacher shortage—0.2 percent,” Steiner-Khamsi explained. “But if you look more closely at the school level, especially in rural areas, that percentage is much, much higher, ” according to Patricia Lamell who authored the below linked article on the subject. Low Teachers Salaries: Some other perspectives in brief: “In that part of the world, “even qualified teachers are teaching subjects which they are not qualified to teach,” Steiner-Khamsi says. At the root of the problem, they found, is low teacher salaries.” Teaching Students Going on to Do Something Else: “The problems begin with the recruitment of college students in the region into teaching. The study, published in late 2011 by the regional field office of UNICEF, examined teacher-education programs in all six countries and found they have low admission requirements, attract masses of students, and provide a disproportionately large number of scholarships compared to those in more rigorous academic programs. “It is assumed that a great number of students enroll in teacher-education studies because they were turned down by other degree programs and because funding was available,” the report says. Even students who graduate don’t always end up teaching. Some land higher-paying jobs, and some—especially women of childbearing age—decide not to work. In Kyrgyzstan, only 17 percent of graduates from teacher-education programs—including those who receive publicly funded scholarships—end up in a classroom.” Also Read: - "My Book & My Heart Must Never Part" - diplomaticallyincorrect.org/films/blog_post/my-book-and-my-heart-must-never-part/45684 Poor Quality of Teacher Preparation? Another problem is the poor quality of teacher preparation, the researchers reported. In all six countries except Uzbekistan, public funding for professional development programs for working teachers has been discontinued and supplanted by private funding from philanthropists such as George Soros. This has improved the quality of training for teachers who are already launched in their careers, but it also has highlighted the shortcomings of publicly funded teacher preparation programs. As a result, universities are under pressure to catch up to professional development programs in the areas of standards, curricula, student assessment and textbook development in teacher preparation programs, the researchers found. One question to follow up on this study: To what degree can social media compensate and/or augment? Or, is social media/technology the viable alternative. The United Nations has recently joined in several programs to promote more inclusive education and techniques. Also Read – “How Free Marketplace of Ideas Wins” - diplomaticallyincorrect.org/films/blog_post/how-freedom-wins-free-market-place-of-ideas/45229 LINK to "Hidden Teacher's Shortage in Eastern Europe & Central Asia" by Patricia Lamiell www.tc.columbia.edu/news.htm?articleID=8386 By Ambassador Muhamed Sacirbey - FOLLOW mo @MuhamedSacirbey Facebook Become a Fan at “Diplomatically Incorrect” Twitter – Follow at DiplomaticallyX