The @HappyHourGuys On Their Experience with @FilmAnnex Online Video Platform

"Thanks to Film Annex's ease of use (both with uploading content and connecting it to social media), as well as the revenue stream, we've been able to push the envelope of our production work in ways that is really satisfying to us, and we hope, to our audience and fans worldwide." - Jimmy Ludwig 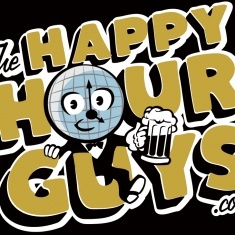 Jimmy Ludwig and Mark Aldrich are The Happy Hour Guys. Because they love History, Drinking, and the History of Drinking, they go around the world and through time to discover the most historic bars, the best Happy Hours, and the greatest drinking stories.

The Happy Hour Guys are in the top users with the highest BuzzScores on Film Annex. They regularly upload videos or their trips and blog about their activities.

In the interview below, Jimmy Ludwig comments on his experience with Film Annex compared to other video platforms. He also explains how he has been using the revenues generated on Film Annex, gives his feedback on the new beta, and share his favorite feature about the platform.

Film Annex: How would you describe your experience using Film Annex?
Happy Hour Guys: Jimmy Ludwig here, one-half of The Happy Hour Guys. Mark Aldrich and I started producing our show on a shoestring in 2008, and just completed production on our 250th video episode. That's a lot of content! And much of it wouldn't have been possible without our association with Film Annex. Thanks to your ease of use (both with uploading content and connecting it to social media), as well as the revenue stream, we've been able to push the envelope of our production work in ways that is really satisfying to us, and we hope, to our audience and fans worldwide. Our Twitter followers (@happyhourguys) passed 10,000 recently, and we are certain that a portion of that push comes from Film Annex.
FA: What do you like about Film Annex that isn't on YouTube or Vimeo?
HHG: It has always seemed to us at The Happy Hour Guys that Film Annex has much better footing worldwide than does YouTube or Vimeo. And while we do carry our stuff on those platforms, it's Film Annex where we feel like we're getting the furthest reach. Recently, we've had a number of subscriptions from the Middle East, which we think is beyond cool. More great stuff coming! Stay tuned!
FA: What features on Film Annex do you like the most?
HHG: Ease of use on the platform for us is a number one priority. And the Film Annex folks continue to make their platform better and better. The new beta looks like it's going to put Film Annex at the forefront of things in terms of online video, which is really saying something. 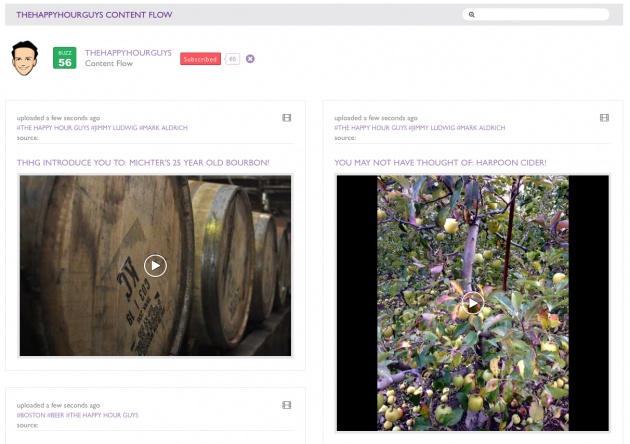 FA: Has being on Film Annex change the way you promote and make money with your work? How?
HHG: We can definitely report that the Film Annex revenue stream is our most consistent source of ad revenue. Because of this, in terms of our commercial reach, we tend to 'lead' with them over YouTube and Vimeo when possible.
FA: How do you use the revenues you are making on Film Annex?
HHG: At this point, pretty much every dollar of our Film Annex revenues gets reinvested in the show. We've recently upgraded and expanded our production equipment, which is showing in the quality of our work. We now also have dual camera 'rigs' that are both of equal quality, so when doing a big 2 cam shoot it's very easy to have great angles and amazing footage. We really couldn't have done that without our association with Film Annex. Look for better and better stuff from us in the coming months, and we'll be placing it with Film Annex, coupled with social media, whenever and wherever possible.