The Images Are The Message in Battleship Potemkin 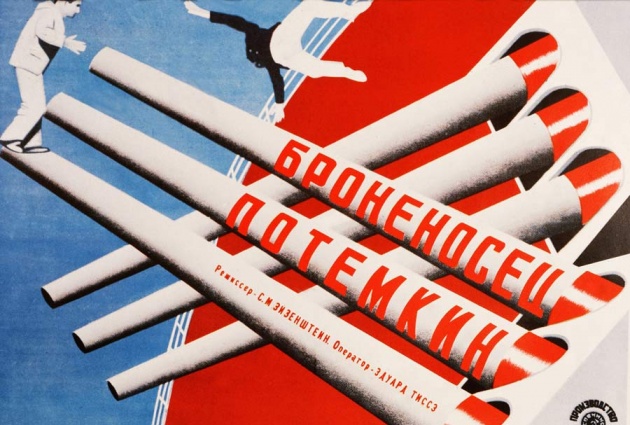 Sergei Eisenstein's "Battleship Potemkin"(1925) is widely accepted as one of the greatest films of all time. First and foremost, it is another propaganda film and the second feature film by Sergei Eisenstein, who was commissioned by the Russian government to shoot this specific film after the success of his previous work "Strike" (1925). The propaganda film demands a certain consistent message which is best delivered cinematically through images, perhaps more than any dialogue or subtitles (in the case of silent films). Eisenstein was pretty much the founding father of this kind of film and created tons of lasting images in his movies and this film has no shortage of powerful images that would inspire and be emulated throughout film's history. 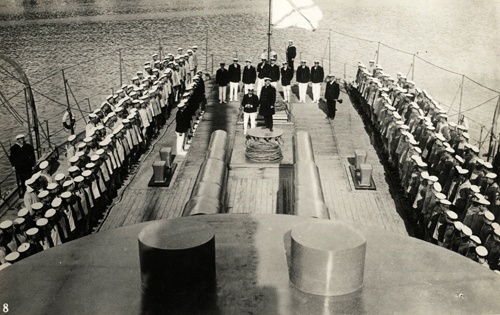 The mostly factual story of "Battleship Potemkin" is about the crew of the titular ship that decides to join and support the workers' revolution against the tsar's regime in 1905. The sailors are made to eat maggoty meat in their borscht which seems to be the final straw. There is even a closeup of the maggots writhing around in a side of meat, which the ship doctor pronounces fine and that the fly larvae can be washed away with brine. Sure, simple enough. The crew stages a mutiny after the ship's captain orders all those refusing the borscht to be shot on the spot. The guards responsible for the shooting join the mutiny. The ship and its crew becomes a symbol of revolutionary hope and later comes to the aid of the people of Odessa, the local port, when the tsarist guards stage a brutally violent crackdown on decent. 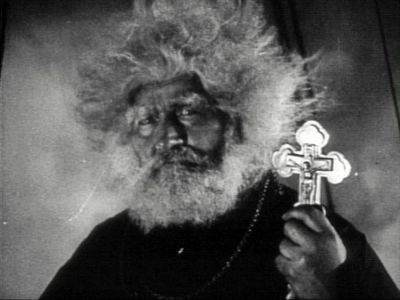 The will of the people is what's on stage here. There is no individual that means more than another, and Eisenstein selected non-actors for their looks for the most part. The Tsar's military regime, the elite, and religion are shown to be the enemy. The only religious man in the film, the ship's chaplain, looks like a lunatic and is called a 'sorceror' by one of the sailors and is shown to be a coward when the fighting starts as he fakes being shot. So monarchy, the rich and religion: bad. The collective will of the people: good. 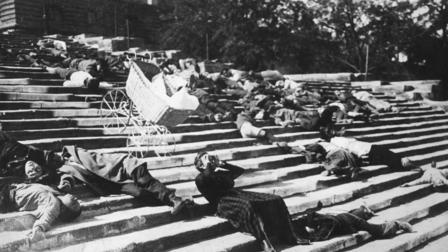 "Battleship Potemkin" is divided into five chapters with Part 4: The Odessa Staircase being arguably, the most impressive and powerful display of images. Ironically, it is a scene which Eisenstein made up for the film. Eisenstein was groundbreaking in his use of film editing and montage (which would earn him a chaperon later on, as mentioned in my blog for "Alexander Nevsky"). He uses closeups, long shots, birds eye view shots, a moving camera down the stairs and everything in between  to accomplish a roughly six minute sequence that gives us the image of a young boy getting shot and trampled, women being shot, a mother being shot who falls back on her baby carriage that then rolls precariously down the steps, and the brutal guards marching in unison down the steps continuously shooting into the scattering crowd. The Irish painter Francis Bacon claimed the image of the woman with the broken, bloodied eyeglasses a catalyst for his work. Homages to the scene can be viewed in Terry Gilliam's "Brazil," Francis Ford Coppola's "The Godfather," and Brian DePalma's "The Untouchables" to name a few. 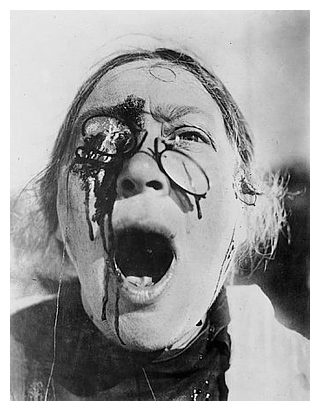 It is a silent film and I know that's hard to swallow for the casual film viewer but "Battleship Potemkin" and the cinema of Sergei M. Eisenstein is so rich with powerful imagery that even a casual appreciator of art in general should check it out. Perhaps it's because I've been a film fan throughout my life but when I watch the films of Eisenstein, it is amazing the amount of images I've seen somewhere else before. This is a truly influential film from one of the best film directors that ever lived. You may not be a socialist, a communist or a fan of what's going on right now in Russia, but put politics aside and watch this awesome movie! Check out "Battleship Potemkin" below or through BaxterMartinWebTv.