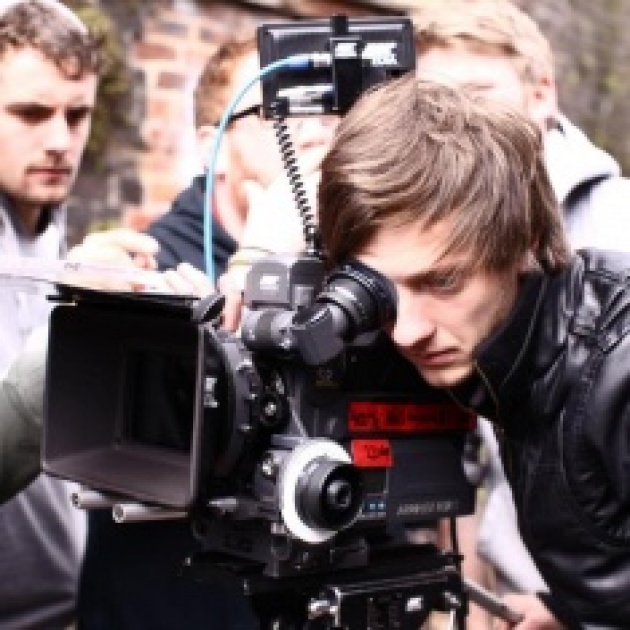 Film Annex has a long-time history with the students from Staffordshire University, as many of them are early Film Annexers and recommended our platform to their fellow classmates. This is how Daniel Hopkins, who teaches film production and experimental cinema at the University, and is a filmmaker himself, joined Film Annex, and later on created a profile for the Film program. The students have the opportunity to direct and produce two major films in their last year, and the results are impressive. See it for yourself with Waiting for Ben, a 7-minute comedy film by Maria Cortese, inspired by the filmmaker's own life experience. It focuses on 3 female characters and their idea of fun, friendship, relationship and what matters the most. In Violet, James Parsons pushes the boundaries of a typical student's film and sets his story in 1850's Mid-West America. Visit the program's page to watch more of the students' films and read news about the program. The revenues generated will go towards hosting student screenings. Their BuzzScore is already at 34, Help them increase it by sharing their work!

Guess from where our 2nd addition to Film Annex's Picks graduated? Staffordshire of course. Andy Salamonczyk is a filmmaker with a preference for unusual and peculiar characters, the kind that the audience will love no matter what. His short comedy film Dawid and Dominik is the perfect example. It's the story of Dawid, a young boy, who decides to find the perfect wife for his father, who is not quite up for the adventure. The film comes with several behind the scenes videos and extended scenes that show Andy's creative process and work with his cast and crew. With a BuzzScore of 24, he is not far behind, and we are looking forward to seeing him rising up to the top 3!

UK filmmakers are definitely on the spotlight! The Fuzzy Duck Creative studio, our 3rd addition to the Picks, is also based in the United Kingdom, along with Andy and the Staffordshire film program. Their goal is simple: they like telling tales and working for a cause. In Jog, they denounce the violence of street attacks, while in the Irridescent music video, they try to respond to the 2011 UK Riots. Dont' miss Ducks at the Pond, the video they filmed to introduce their team and projects. Did I mention that Nigel Moore, their production director is also a lecturer at Staffordshire, and that part of their team are graduates from this same program? It's all a big family and they are on Film Annex!

See all the filmmakers featured on Film Annex's Picks and contact us if you think you are a fit!

Subscribe to Film Annex so you don't miss the next articles.