Trees Don't Grow to the Sky: the Fallacy of Keynesian Economics 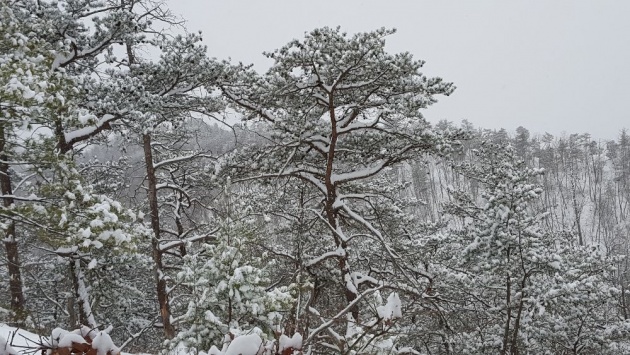 Journal of a Wayward Philosopher
Trees Don’t Grow to the Sky: The Fallacy of Keynesian Economics

"There is no means of avoiding a final collapse of a boom brought about by credit expansion. The alternative is only whether the crisis should come sooner as a result of a voluntary abandonment of further credit expansion or later as a final and total catastrophe of the currency system involved."
-Ludwig von Mises

The snow has returned to the mountains of Virginia with another eight inches gracefully covering the ground. As winter continues to play out here on the home front, I can’t help but notice winter settling in over the financial markets as well. I expect the last three quarters of 2016 to be especially volatile.

Simply tracking the brief market updates in this journal series tells the basic story and highlights the budding trends. My last entry of 2015 observed the S&P comfortably perched at $2,056 while gold was safely out-of-sight at $1,068 per ounce. Crude oil was trading at $36.81 and the 10-year Treasury rate was 2.23%. A week later the S&P was slightly down while gold, oil, and the 10-year rate were slightly up. The following week the S&P had continued to fall to $1,938 while gold continued to rise to $1,085. Oil plummeted again to $30.44 and the 10-year rate fell to 2.10%.

These trends have continued week-after-week for the first two months of 2016. Today, the S&P is down 10% from its December high. Gold is up 15%, oil is down 24%, and the 10-year Treasury rate is down 28% over this same time period. This crude analysis very clearly demonstrates that capital is fleeing the U.S. equity markets and flowing into gold and U.S. Treasuries which are considered safe-haven assets. Meanwhile, we are seeing 12-year lows in crude oil and all-time lows in U.S. shale oil and gas companies.

Expanding our gaze a bit: we are seeing new 52-week lows in the major stock markets of Europe and Japan as well. European banks are particularly troubling as those stocks have fallen more to start 2016 than they did to start 2008. Further, we are seeing six-year lows in junk bonds as well as emerging markets.

All of this is occurring while the Federal Reserve proclaims the economy healthy and ready for “normalization” policies. But what is normal?

We have had seven years of zero-interest-rate-policy in the U.S., and the Fed expanded its balance sheet by nearly $4 trillion dollars over that time frame. The Bank of Japan has kept interest rates at zero for 15 years now, and the BOJ has just embarked on its tenth QE program. A third of the world’s sovereign debt now carries a negative yield… meaning borrowers are being paid to take on debt. Since the 2008 crisis, central banks around the world have cut interest rates 637 times and purchased $12.3 trillion in assets… with currency created from nothing.

This is all evidence of a flawed and dangerous understanding of economics. Keynesian economics, which is taught exclusively in nearly all major universities, teaches that the economy is a machine with various buttons and levers. To successfully manage the economy, all one needs is wise and benevolent government officials and central bankers capable of pushing the right buttons and pulling the proper levers at the most opportune time.

From the Keynesian perspective: asset prices should always rise, markets should never crash, and people are just numbers and statistics. This arrogant approach to economics casually tossed aside centuries of established economic thought and observation. The classical economists – Richard Cantillon, Anne-Robert Jacques Turgot, Adam Smith, Jean-Baptiste Say, Frederic Bastiat, and others – were not much interested in managing or controlling the economy; they were mostly interested in figuring out how it works.

The intellectual heir to the classical economists, the Austrian School of Economics, has been opposing Keynesian-style central planning since the late 19th century. People are not numbers, says the Austrian school; they are people. The economy is not a machine; it is a confluence of individual human actors operating in their perceived best interests. Austrian economist Ludwig von Mises referred to economics as the study of human action - formally called praxeology.

The Austrian school has consistently pointed out that fiat money, central bank interventions, interest rate suppression, regulatory capture, and government deficits are always a net-negative for the economy. Sure, central planners are able to goose economic activity temporarily, but it is never permanent.

Austrian economists spent the entire first decade of this millennium warning about the excesses of the Fed’s easy-money policies enacted by Chairman Greenspan. The Fed-fueled credit expansion was creating all kinds of distortions and malinvestment in the economy, the Austrians warned, and much of it was flowing to the expanding real estate bubble. “This bubble will burst, as all bubbles do.”, Dr. Ron Paul warned in a speech to Congress in 2003.

Of course the Austrian economists were ridiculed and jeered as cranks and doomsdayers in the run-up to 2008. The Keynesians marched forward in full confidence, completely oblivious to the risks mounting in the financial system. Here’s Ben Bernanke in July of 2007: “The global economy continues to be strong, supported by solid economic growth abroad. U.S. exports should expand further in coming quarters. Overall, the U.S. economy seems likely to expand at a moderate pace over the second half of 2007, with growth then strengthening a bit in 2008 to a rate close to the economy’s underlying trend.”

Though its popularity has fallen quite a bit since the 2008 crisis, Keynesian economics is still trumpeted in mainstream circles, and its underlying themes are still prominent. It is still widely accepted that central banks can manage an economy by tinkering with rates and the cost of credit. Market crashes are still widely considered terrible random events necessitating aggressive economic interventions. People seem to like the idea that somebody is always in control and that their 401(k)'s will always rise in value.

But trees don’t grow to the sky; and it looks like the sky has begun to push back here early in 2016. The market attempted to liquidate all of the distortions and malinvestments of the early 2000’s with a steep correction in 2008. That’s what the financial crisis was about. Rather than allow the correction to occur, however, the feds bailed out the very financial institutions responsible for much of the misallocation of capital. Then the Federal Reserve injected massive amounts of liquidity into the system, created from nothing, and aggressively ramped up the same easy-money policies that led to the crisis in the first place.

It is looking more and more like the market will revolt against the central planners again later in 2016. This revolt will likely be bigger than it was in 2008 because the problems in the financial system are much bigger than they were eight years ago. The “too big to fail” banks are bigger, the U.S. government’s debt has increased by 49%, both emerging market debt and corporate debt have exploded all over the world, central bank policies have been more extreme, increased regulatory capture has further corrupted the system, and the derivative market is bigger than ever before.

A market crash and steep correction would actually be good news for those who believe in free-markets and free-enterprise. Not only would this liquidate bad debt and purge malinvestment, but it would also further demonstrate the fallacy of Keynesian economics and government intervention.

Of course, the Keynesians won’t just give up and allow the market to cleanse. The sirens will blare and they will rush to the scene, water hoses in hand, ready to enact even more extreme central bank policies. This isn't speculation - they have already told us so themselves. But there are a lot more people who are paying attention this time around, and they have positioned their asset portfolio in an antifragile manner to be on the proper side of the coming wealth transfer.

Additionally, more and more people are starting to realize that there is no way out. Once you begin monetizing debt and suppressing interest rates you are stuck. There is no way back to normal without a major crash. The central planners, as Ludwig von Mises pointed out many years ago, have two choices at this point: continue with the monetary madness to avoid the crash or cease monetary interventions and allow the market to correct.

The first option may work for a while, but it inevitably ends in a currency crisis. The second option is sharp and painful at first, and it wipes out all of the crony industries who profit from economic interventions. Then the dust clears rather quickly and you have a healthy economy once again: the playground for the entrepreneurs and innovators who build civilization and create prosperity.

While option A is the most likely choice, it ultimately leads to the most pain for the most people.

The choice is irrelevant in the big scheme of things, however. Technological advancement, instantaneous communication, and the mass availability of information have already doomed Keynesian economics to the dustbin of history. This process will take several decades to play out, but rest assured it has already begun. Free markets and free minds are the future.

For more information on how to master your finances and how to build an antifragile asset portfolio, please see the online course: Finance for Freedom: Master Your Finances in 30 Days. Over 2,900 people have enrolled in this course and the average rating is 4.83 out of 5.