There are a lot of countless things which had happened over a year in World Wrestling Entertainment (WWE). But just assume if someone had told you about these things which are happening now currently. You may have smacked their face by a straight punch. People actually say that WWE matches have become predictable. But, in my opinion, they are not so predictable. Look who is saying this? One of the biggest professional wrestling nerd. Well to prove my point, just check my prediction for this year`s WrestleMania. My 3 out of 8 predictions were right. LOL.

Speaking of those predictions, one of the prediction was that The Undertaker would return in his old gimmick "American Badass". But, as we all know he came back as the "Deadman" itself. By mentioning this prediction I would like to present my another list on "10 Things You Wouldn`t Have Assumed A Year Ago In WWE".

During this time of last year, WWE Tag division where literally blowing the charts with their WWE matches, great backstage segments and promos. The most famous tag teams were The Hardy Boyz and Breezango. They were the most entertaining and charismatic team on the roster. While Sheamus and Cesaro, The Usos and The Revival where doing great as the technical wrestlers. Basically, WWE tag division where really stronger and where making a name for themselves. But, then Braun Strowman arrived at this picture and ruined everything by teaming up with a 10-year-old kid to compete against The Bar for WWE Raw Tag Team Championships at WrestleMania. After that, we all know what happened. WWE buried tag division by not giving them proper storylines and they were horribly booked in their WWE matches. I expect on the coming year that WWE tag division will come back with a bang on WWE roster.

2. The First Pin Of Asuka Goes To Carmella

After losing to Charlotte at WrestleMania this year, Asuka`s 914 days long streak came to an end. Well, Charlotte is a worthy opponent to Asuka in every possible aspect. So, it didn`t feel that bad after Asuka`s streak came to an end. But, the real funny thing happened when Carmella became the first women on the roster who pinned Asuka in the WWE show. WWE had literally buried Asuka after her WrestleMania`s match. Were you expecting that? 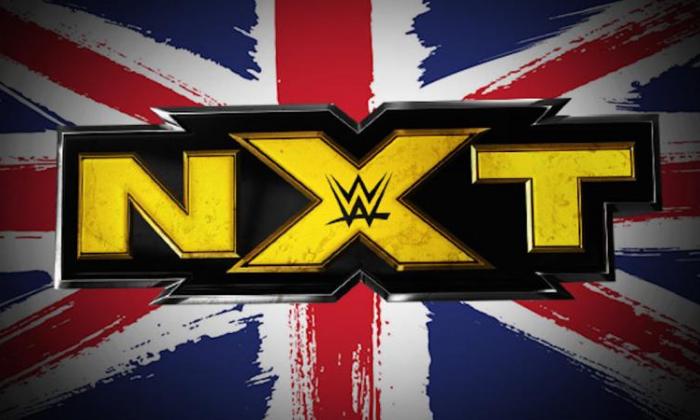 During last year, WWE`s UK Championship Tournament competitors were not used in any of WWE brands. They not even made to WWE`s development territory "NXT". But after one year, suddenly everything has changed after WWE`s announcement to establish UK`s very own NXT show. This created a fuzz in UK indy scene as well as other UK based promotions. Everyone is expecting a great future for NXT UK. No one saw that coming.

4. John Cena vs The Undertaker Was A Joke

Remember how I mentioned above about The Undertaker`s return? Well, let`s talk more about it. After years of speculations, WWE finally delivered the match between two greatest legends in the professional wrestling business. A perfect dream match between two icons for which WWE Universe had waited for so long. The promos of John Cena on The Undertaker were presented so well. I was literally expecting a good match between both of them. But it was all ruined by the poor booking. Within 3 minutes The Undertaker defeated John Cena. What the hell? Nobody was expecting that for sure.

When WWE presented a separate division "WWE 205 Live" for cruiserweights, it became a reason for buzz. But, when time passed it`s ratings went down. The storylines were poor and show itself was not so well. But when Triple H took the charge of WWE 205 Live, ratings skyrocketed. I myself would have never thought a year ago that WWE 205 Live would become a crucial part in WWE.

Bayley and Sasha Banks are arguably the two of the best female wrestlers on WWE. They both were loved by the fans. Don`t get me wrong they are still loved by most of them. But, the problem here is that a year ago nobody had imagined WWE`s shows without their appearance. Look at them now, they are just wasted and nobody cares about them. They are just filling the spots in the roster.

7. Daniel Bryan Gets Cleared For Wrestling

In 2016, Daniel Bryan was forced to retire from professional wrestling due to so many concussions. It was an end for one of the greatest wrestler of all times. If you haven`t watched any of his match or promos yet then I recommend you to watch this video above. He is a true and legit man who deserves every love which he gets from the WWE Universe. Well, it was a career ending injury and no one ever thought that WWE will allow him to wrestle in their ring. But, never say never. This year we witnessed one of the best return of all time in any sports entertainment. He was finally cleared by the WWE to compete in the ring. Thank God!

8. Brock Lesnar Is Still The Champion

Last year at WrestleMania when Brock Lesnar defeated Goldberg to win WWE Universal championship no one ever thought that his reign will be the longest reign of modern-day professional wrestling. I mean the man is surely worthy to this reign but because of WWE`s so many recent poor bookings, it seemed next to impossible. This year at WrestleMania everyone thought that Roman Reigns will take away his title. But instead, he was defeated brutally by the champion. If you ask me, that`s unbelievable.

9. Aj Styles vs Shinsuke Nakamura Was A Disappointment

When Shinsuke Nakamura and Aj Styles arrived on WWE, fans were expecting a dream match between both of them. Their NJPW match was awesome and the same level of a quality match was expected at this year`s WrestleMania. But, instead, it was completely let down by WWE bookers. They faced each other on 4 separate occasions and still didn`t able to make a single remarkable and memorable moment for the WWE Universe.

10. Ronda Rousey Is The  Top Wrestler In The Company
(Photo credit via wwe.com)

Everyone knows Ronda Rousey, right? Her last fight on UFC became the reason for her retirement from the octagon ring. She grabbed the right thing on the right time and stepped into the squared circle ring of WWE. No one ever thought that she would become so good and improved in just 2 WWE matches. It`s a world record I guess. LOL. She is a star attraction and definitely a worthy WWE Women's Champion in future. But, as I said, no one was ready for this and even I couldn`t believe her improved skills. If someone told me that she would become the best wrestler in the company so quickly, I would personally smash his face right to the door. LOL.