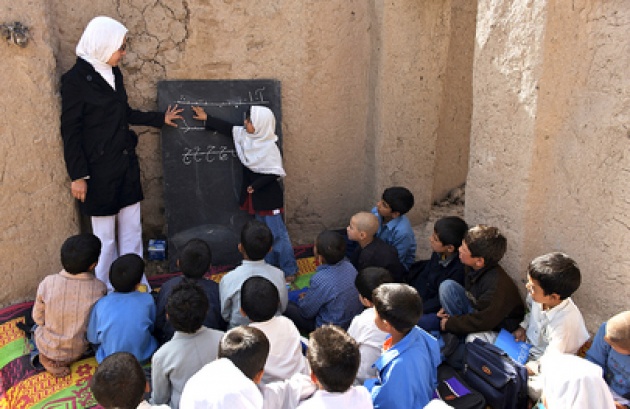 US is withdrawing combat forces but just trying to make it look as if it is not running away or abandoning Afghanistan. There is no more military victory to be won, but does that mean that the Taliban prevail?

US and Afghanistan over the weekend announced an agreement by which US troops would no longer lead night operations into residents homes seeking out the Taliban. Such operations created much resentment, resulted in civilian casualties and were only marginally successful. The recent murder of 17 civilians (including 9 children) by US Staff Sgt. Robert Bales and Koran burnings have worn out the US military welcome. However, does that mean that Afghanistan is not receptive to other types of progressive intervention – for example development or building schools?  See our Blog for Video –“Afghanistan UN Mandate Focus on Development”

The US must not make two defining mistakes committed over two decades earlier: It cannot assume that a military conflict can be won in Afghanistan. That miscalculation delivered the end of the Soviet Union. If you have not seen the film “Charlie Wilson’s War” with Tom Hanks and Julia Roberts, it projects the lesson both in compelling and entertaining fashion. (Real life story of recently passed and iconic US Congressman Charlie Wilson who led effort to defeat the Soviets but lost the battle in US Congress to help Afghanistan recover from decades of occupation, neglect and under-development).

The second mistake two decades earlier was committed by the US, (also alluded to at conclusion of “Charlie Wilson’s War). Afghanistan was effectively abandoned after US and allies spent billions to fight a war against the Soviets but unwilling to spend millions to build schools, catalyze recovery and development.

The US investment in Afghanistan on war is a perverse figure compared to all contributions to education and development. In fact, there is evidence that a decade earlier after the Taliban and Al-Qaeda had been routed, (Immediately post 9/11), US and allies again had lost an opportunity to cement a new progressive trend away from Afghanistan’s reactionary forces through education and overall development. Rather US and allies were drawn onto the arena where the Taliban are at their strongest: war of attrition and where US inevitably would be projected/exposed as the outside invading force resented by local rural and even urban populations.

The next war in Afghanistan if it is to be won must promote education, more open minds and opportunities to see the opportunity in free and development focused societies.