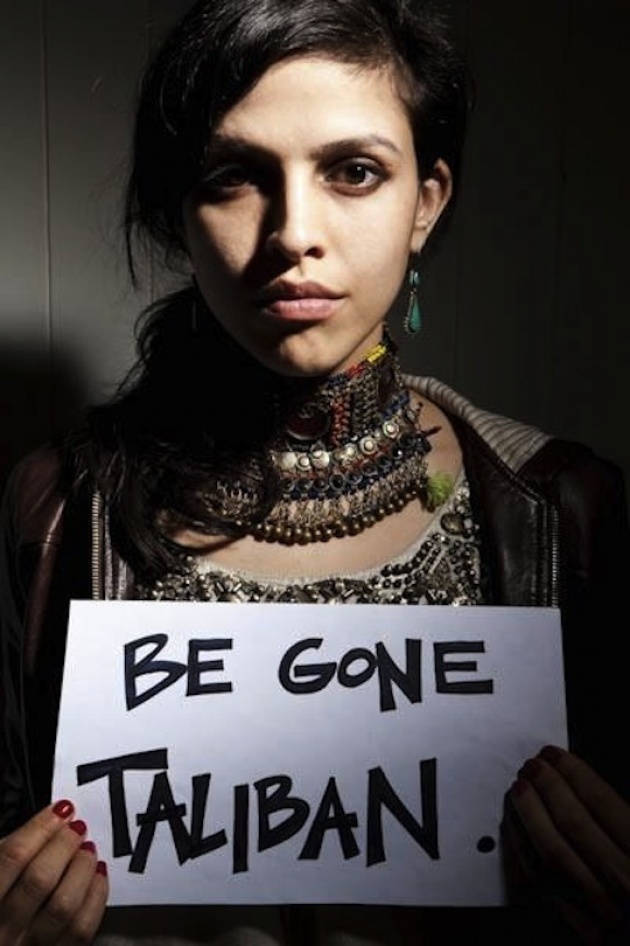 Ariana Delawari is a multimedia artist. She is a musician, filmmaker, photographer, actor and writer. Delawari graduated from USC School of Cinematic Arts. A few months after graduation, she found herself on a plane to Afghanistan for the first time and began a 10-year documentation of her father’s post 9/11 homeland.

FA: How were you inspired to create "We Came Home", a documentary about your travel to Afghanistan?

AD: “We Came Home” came about very naturally. As I have said, Afghanistan has always been such a big part of my life and my identity. I am very much both Afghan and American.  I started to travel to Afghanistan when my parents moved back to Afghanistan after 9/11. My first trip was in October 2002. I fell deeply in love with Afghanistan from the moment I flew above the land.  I knew before we landed that this was the purpose of my life. I knew why I was an artist and a storyteller. I knew that I was meant to tell the story of the land.  So I kept traveling there and documenting my trips in photos, film, and music. In 2007 I made an album there.  I brought a few musicians from Los Angeles and we collaborated with three Ustads in Afghanistan. My film is the documentation of this album, my father’s story, and the story of Afghanistan.  It wasn’t really planned.  The journeys in and of themselves were the story, and I just allowed it to unfold. Then we made another trip to get some more interviews once we understood what the story was really about.  And the story kept evolving, even during the editing process. I kept filming. The story is still evolving, really. The life story of course, of all of our lives,  as it always does. 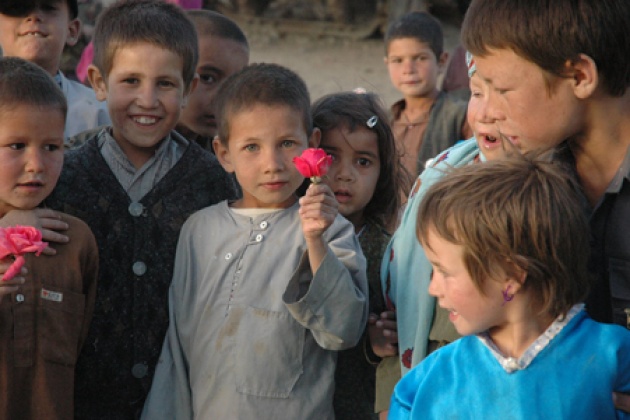 FA: Can you tell us about the "Lion of Panjshir" album? How did you come up with the lyrics?

AD: I started writing the lyrics many years ago.  One of the songs, “The East”, was really the first time I started incorporating Afghan melodies and lyrics into my music.  I was in Afghanistan and visited a refugee camp.  The experience really affected me.  I met these little girls that reminded me so much of my own cousins and myself when we were little.  They took me to meet their grandparents. Their grandfather told us the story of their lives, and as he spoke the grandma cried.  When the grandmother started to cry, the little girls started to cry. This broke my heart.  So I wrote “The East”.  About a little boy who becomes a Talib. He grows up and looks back on his life thinking “what have I done?” The song is really about how the Taliban was created.  How young boys become suicide bombers and Talibs. The other songs all came about in different ways. I write about my experiences and ideas.  Cheshme Siah Daree is a cover of Ahmad Zahir’s song, but I changed the meaning of the song and added my own lyrics for the verses. 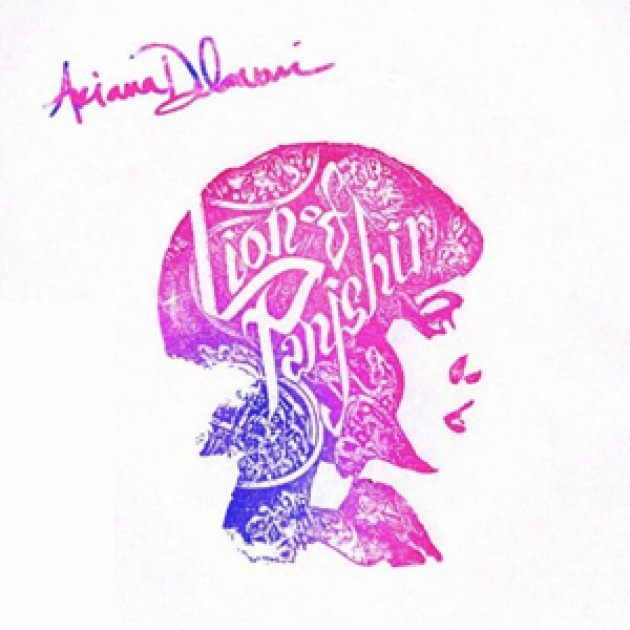 I tried to cover the song, but I realized that there have been millions of Afghan refugees since he wrote the song. His song was a song about love and “home”, but “home” has really changed in Afghanistan. So I wrote about my visit to a refugee camp, and the eyes of the people I had encountered. I wrote about what Afghanistan has become in the frame of one of our most famous pop songs from the Golden era of Afghanistan, when the country was peaceful. So that song is like a memory and a love song to the refugees. The song “Be Gone Taliban” came about after a dream I had about Afghanistan. I was flying above the land and realized that the land itself is older than all of us - it is older than any regime, it is older than ego. It really is our human ego that is so destructive. We are really here to protect and nurture each other, the land, the animals. Instead we have created a world where we are fighting over religion, ethnicity, nationality, borders. We have created physical borders to mirror the walls we have within our own hearts.  Walls that block our love from flowing to ourselves and others. Actually the last three songs of the album -  “Suspend Me”, “We Lived on a Whim” and “We Came Home” are almost like a prayer to break down those walls.  A prayer for love. 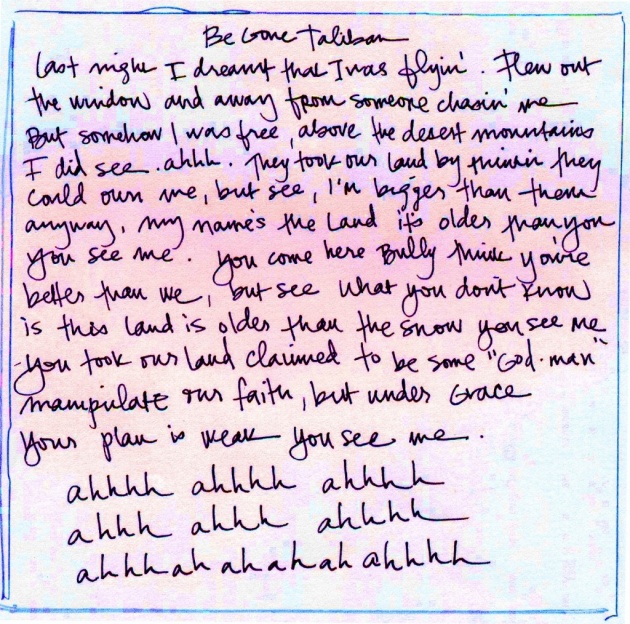 AD: Yes.  There is Rabab, Dilrubah, and Tabla on my album.  I recorded these instruments in Afghanistan where we collaborated with Ustad Ghulam Hussain, Ustad Almrudin, and Ustad Mohammad Wali. I brought those recordings back to Los Angeles where I and several musician friends added other instruments and sounds.

FA: During your trips in Afghanistan, which major differences have you noticed, especially in the multimedia industry?

AD: Oh wow, big question ! haha so many differences, yet at the end of the day we are all human beings.  Afghanistan is a land of tradition, ancient culture, and a profound sense of ethics.  Our people are incredibly generous and hospitable people. We will give our guests everything, but if we are crossed or taken advantage of we are probably the worst enemy a person could have (as history has proven).  There is so much beauty in our pride and ancient wisdom, but we also have a lot of tribal division and could really gain from learning about forgiveness and unity.  I think forgiveness could deeply benefit our culture in its evolution.  Women have little to no rights in Afghanistan. Youth do not have much of a voice in our culture either. So these are other ways that we must evolve. America is the land of opportunities.  In America you can literally do anything and become anyone, nothing is stopping you. We are a nation of luxury and enterprise, yet there is so much disconnection. Our culture has become obsessed with youth, material existence, fame, and fortune.  There is such a lack of community.  I do appreciate our freedom of expression, but I think we could learn about respect, dignity, depth, and spirituality. There is a sort of spiritual starvation occurring in the United States. There is a lot to learn from older cultures. 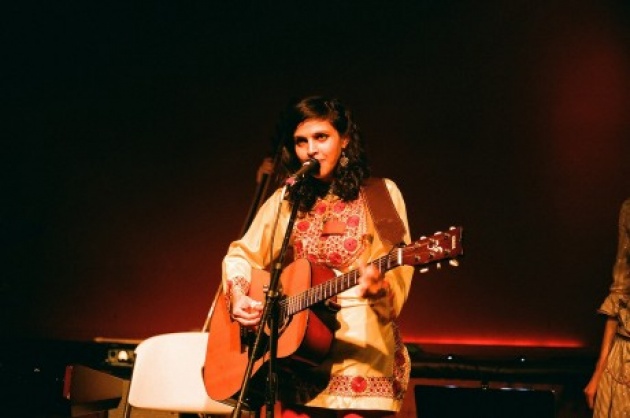 I think we have a lot of intelligence as Americans, but very little wisdom.  Our elders are put in retirement homes and hidden from society at the point in their lives when they have become the most valuable. We are blind to their value: wisdom. We are blind to their wisdom, because we have no wisdom ourselves. So this I see as a big problem, and a way in which we need to evolve. The most beautiful thing about America is our diversity. We are a nation of immigrants. We truly have come so far with our diversity and unity. There is still a lot of work to do, but it is quite remarkable for such a young country to be so unified.  I really believe that all of our beautiful nations and cultures have so much to learn from each other. Nobody is perfect, yet together we can create such divine harmonies.

I love and treasure both of these parts of my ancestry and history.  I love and treasure all of our planet.  I truly do. I think about all of the different nations, and how I want to see all of this planet while I am alive.  I know that we are all growing and connecting.  I see it everyday.  I meet people and know people who inspire me on a daily basis. So really, even as I see the problems or ways that we all could grow, I also see the growth itself.  And I find it to be very exciting. I want to be part of it all. Yes to it all. A big yes :)