There is not a country in the world to be out of education system. The same way, Afghanistan has a got an education system, too. But, it has been with many different stages of progress and setback.

Afghan education system has had the worst condition when Taliban was in power. They had closed all girls' schools across the country. On the other hand, Afghan education curriculum was changed. For example, they have not been teaching biology, mathematics, chemistry, English, and physics. They have been teaching some religious books, such as "Shamah, Noor-ul- Yada, Kanz, and etc." Besides; their uniform has been changed as well.

Twelve years ago, even children were putting on hats and turbans going schools. To wear jeans and to be well-uniformed was prohibited by the Taliban despotic regime. Now, everything is another story. 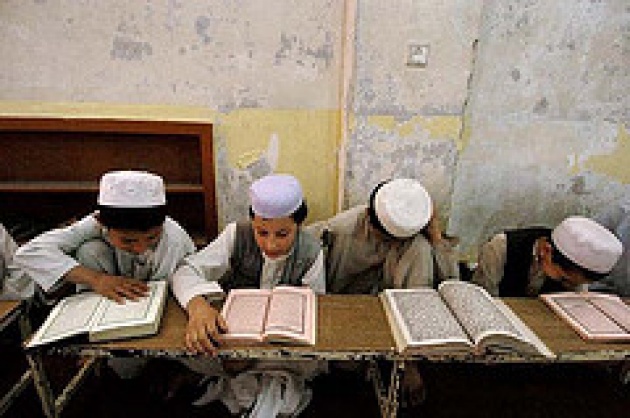 Since the fall of the Taliban regime, Afghan education system is really varied. All girls' schools are opened now. Afghan education curriculum has standardized. Today, both religious books such as "Tafseer-e- Sharif, and Haqahed" and other subjects like English, Physics, Mathematics, and Chemistry are taught.

Afghan women are now empowered in education field by different national and international organizations. For example, Afghan Citadel Software Company is one of those. It has created them such an opportunity in order to both make money and to improve their social communication through social media such as Film Annex, Face book, Twitter, and linked in.

Afghan girls and boys are, today, much more hopeful about having a brighter future. So, they attend both Schools and Universities with full of hopes.