Previously I have touched on the power of hashtags and their use in social media, however this week I have been thinking about which of the many available social media platforms are truly of benefit to film distribution. Regularly in the communications industry we see businesses join sites such as Facebook, Twitter and LinkedIn with no real reason as to why they joined. ‘Everyone is on Facebook’ is a common response, but what they need to understand is that not EVERY social media platform is appropriate for your business. In this case, we are considering film distribution and generating awareness or promotion through social media. Thanks to sites such as Film Annex, online film distribution has become a very real, relevant and popular means of distributing content. My question is; what do you think the most beneficial social media channels are for generating conversation and gaining awareness of your films?

It appears that Film Annex considers LinkedIn as the most powerful means of communications, followed by Tumblr when calculating a Film Annex Buzz Score. Personally, I find LinkedIn very beneficial, my LinkedIn group Alex Nakone Films has some very valuable members who enjoy engaging in conversations. 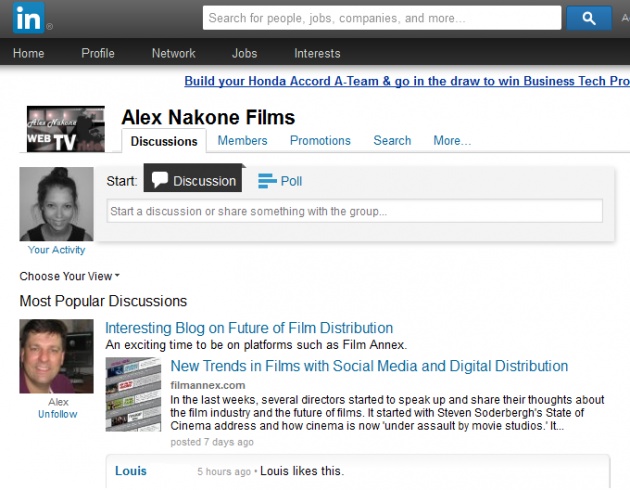 I must admit however, I think Twitter is the next best means of communicating with my key audiences. Although short and sweet, I have found it to be a very valuable form of engaging with those within the industry such as crowdfunding platform Pozible and Film Annex’s Social Media Coordinator Jennifer Bourne. 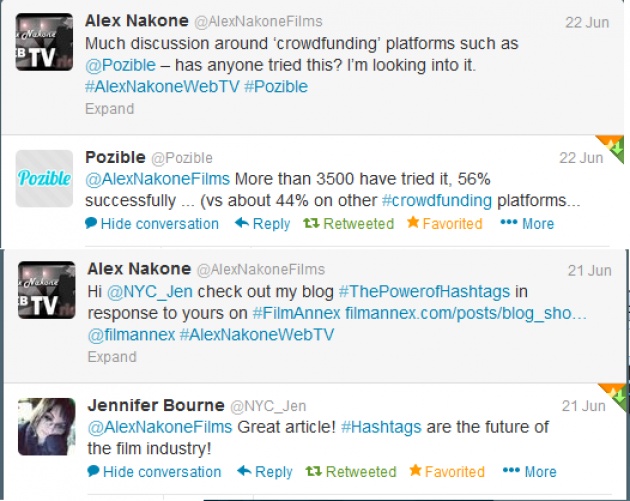 Although I still value channels such as Facebook, Tumblr and Google +, I have had much better response on LinkedIn and Twitter. What about others out there – what do you feel is your most effective social media platform? Alternatively, as a film viewer, how do you find out about the films and why do you use these particular platforms? Please feel free to share your views and comment below.

This blog was written by Laura Hutton – Communications Manager for Alex Nakone Films. Laura’s LinkedIn profile can be found here.