Female empowerment seems to be directly at odds with the male tradition of sporting events. It’s a complicated topic - men battling it out on the field while women watch, merely onlookers on the sidelines. Yes, there are women sporting teams, but they’re still, even today, mostly seen as “novelties”.

How can women find their place in a world of sporting events dominated by men? Film Annex has found a unique new way to include women in sports. One of their portfolio companies, Citadel of New York, has acquired a 10% equity position in the Esteqlal Football Club in Afghanistan. According to a recent press release,

“Esteqlal FC is ranked number two in the Premier League in Kabul, Afghanistan. Established in 2002, the team trains at the Ghazi stadium and is coached by Zaher Hasani, a trainer for the national team and a committee member of Tolo TV. According to the agreement, the club will give full access to Citadel of New York to film the matches, training sessions, and pre-game events, all of which will be broadcast on the Film Annex Sports Network and the Esteqlal FC Web TV channel. The Web TV will display videos, blogs, and photos about the team.” 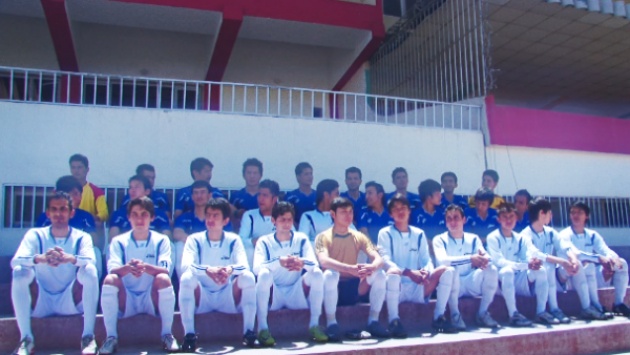 Where does female empowerment come into play? A recent article by Francesco Rulli on Film Annex explains more: “Men install computers and build soccer stadiums. Women manage the software, hosting, distribution, and revenues of the digital data.” Rulli uses this video as an example:

Female empowerment, as we’ve discussed before, goes hand-in-hand with economic development. When women have money, they become more empowered. They spend the money on improving their family and community life, and everyone is better off. Wondering how to empower women? Give them a stake in an economic system.
To empower women in Afghanistan, give them a place in the sports world. Giving women a way to make money from a traditionally male-centric field helps everyone - not just those participating in sporting events or even just those watching the videos. Including women in Afghanistan in the sports industry could bring about better community life for thousands or even millions of people in the country. Now that’s female empowerment.