The Country Pakistan is an Asian country bordered with China, India, Iran and Afghanistan. Like any other clothing and dresses,  Pakistani clothing also represents the culture of Pakistan in various ways. Culture is very important factor of a nation or society as peoples do wear cloths according to their culture. Pakistan has four provinces and each province has its own culture and peoples of that province wear cloths according to their culture. 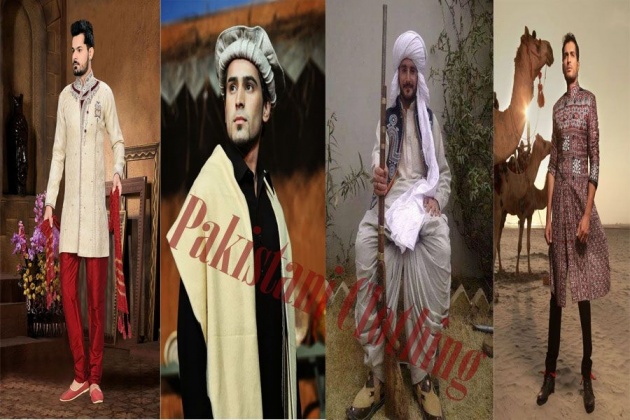 Pakistani Men's Clothing According to the Region of Pakistan 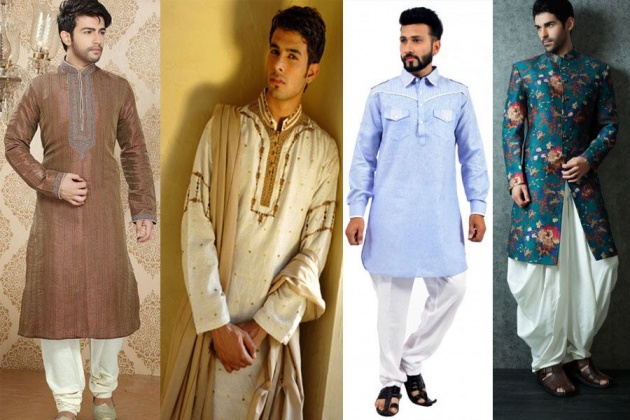 Punjab is the most popular province of Pakistan and it comes 2nd by area. In Punjab, the concept of clothing is wearing Punjabi Shalwar Kameez or Kurta and Shalwar. In Punjab villages, peoples used to wear Dhoti or Lungi with Kurta. Different styles in shalwar is also available. Turban, also known as Pagri, also used in rural areas of punjab. In Footware, khussa is used on special occasions.

Punjabi peoples also wears dresses of other provinces like Sindh and balochistan on different occasions. 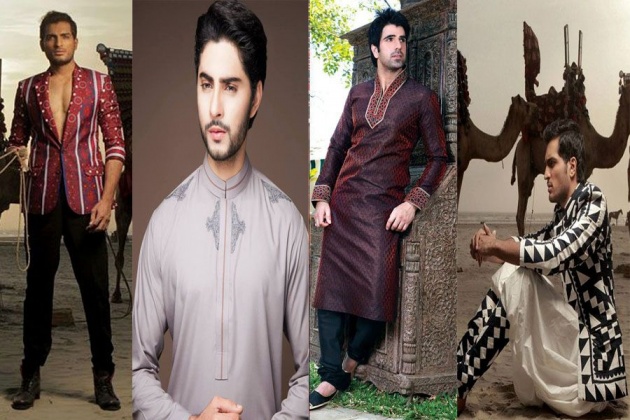 Sindh is not as modern as Punjab. They uses their traditional style dresses. In Sindh, Lungi or dhoti uses as lower garment and Kameez as upper garment. They also wear suthan, a type of Salwar and Cholo as Kameez which is also very popular in Sindh. The most popular Sindhi design known as Ajrak, a very beautiful design which is locally made by their peoples. Sindhi also used their own locally made caps known as sindhi caps.

In Modern dressing, they use sindhi kurta and Salwar kameez. 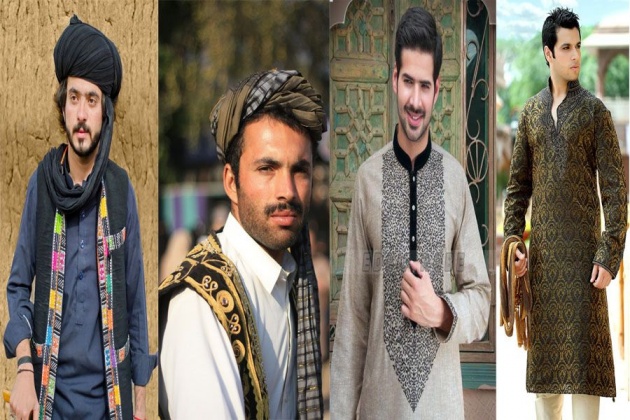 Balochistan peoples usually wears loose cloths. Balochi men also wear Shalwar Kameez but Balochi Shalwar is very baggy and and Kameez is also loose. They use large lenght of cloth in their wearings. Kameez is very long that it can reach to the khees. They Also use Turban. Sandals or leather shoes are used in footwear. In Winters they use a large shawl to that keep them warm. That shawl can be used in various ways like headwrap, towel or to take things in it etc. Balochi Shalwar Kameez also resemble with Afghanistan. 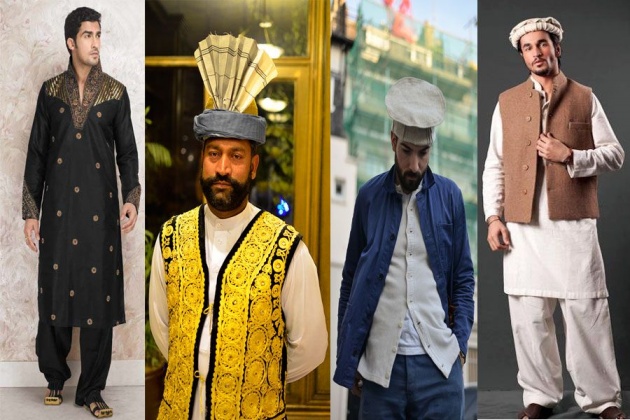 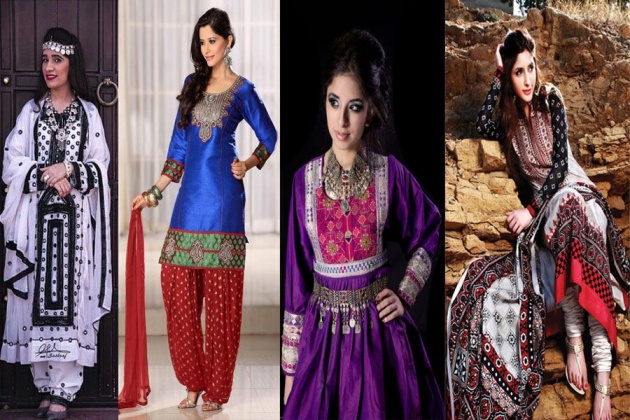 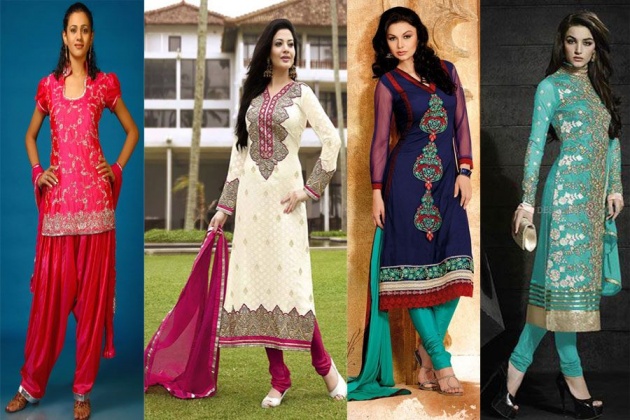 Women of Punjab also wear Shalwar Kameez of ladies style available in different designs and stuff. But western clothing trend is also coming in women's clothing and women are started wearing jeans and shirts too. In modern cities of Punjab like Lahore and Islamabad, women wear jeans and t-shirts also. 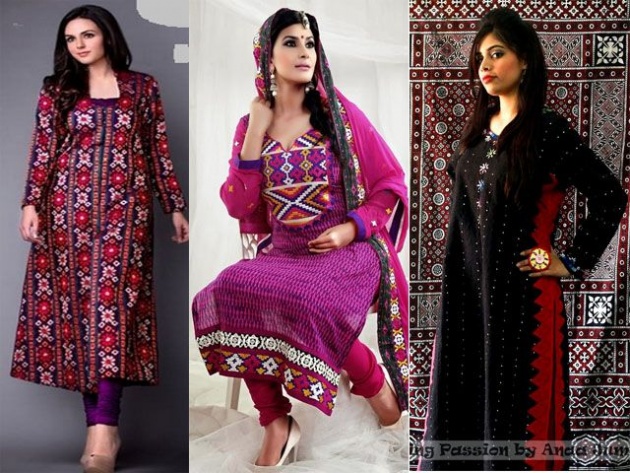 Women used to wear Lengha choli, a traditional style of dress that was used before Suthan and cholo. except that women wears Modern Cholo, Sindhi julaba, Sindhi suthan and Sindhi cholo. 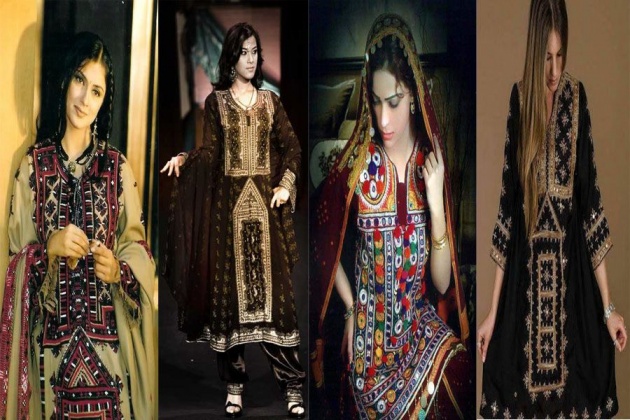 Balochi women Dress are consist of long piece of cloth named "Pashk" that can reach to the ankles and shalwar for down wear. Women use jewelry also with cloths. They don't use light color much. Widow use black color and young girls use scarlet. Balochi silk is very famous in all over the Pakistan. Balochi embroidery can be found in 118 designs. 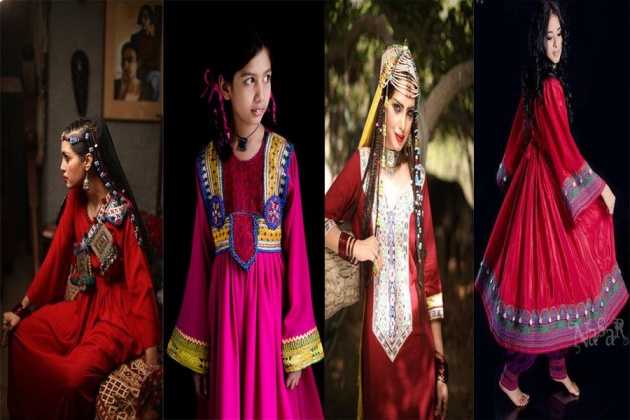 In Kalash sides, women wear long and colorful dresses. these dresses are long enough that it can reach to the ankels easily. on the other sides, women wear shalwar kameez which is called Firaq. These dressing is also resemble with Afghanistan.

Pakistani Clothing And Dresses The Country Pakistan is an Asian country bordered with China, India, …