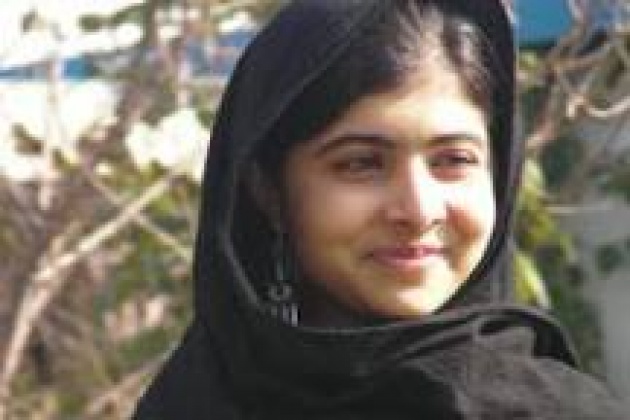 "I had a terrible dream yesterday with military helicopters and the Taleban. I have had such dreams since the launch of the military operation in Swat. My mother made me breakfast and I went off to school. I was afraid going to school because the Taleban had issued an edict banning all girls from attending schools. Only 11 students attended the class out of 27. The number decreased because of Taleban's edict. My three friends have shifted to Peshawar, Lahore and Rawalpindi with their families after this edict. On my way from school to home I heard a man saying 'I will kill you'. I hastened my pace and after a while I looked back if the man was still coming behind me. But to my utter relief he was talking on his mobile and must have been threatening someone else over the phone."

Malala Yousafzai's accounts of life under the Talibans between the years of 2007 and 2009 are traveling around the world. You can feel the intense tension and fear in her words. A seventh grade schoolgirl who started writing down a diary for BBC Urdu after the Talibans took power in Swat Valley, Pakistan, was shot this past Tuesday while she was returning home from school in Mingora in north-western Swat. Two Taliban militants stopped the minibus, and after locating Malala, they fired three shots at her. In 2009 the Talibans were pushed away, but they swore revenge against the courageous young woman. She had surgery right after the attack, and was moved to a safer location where she could get better care, but her conditions remain critical. The cowardly shooting has triggered protests all over the country, and today, the weekly holy day for all Muslims, children in schools prayed for her recovery.

Schooling in Afghanistan is exposed to the same danger, and Afghan women are still object of heavy discrimination. In Taliban-controlled areas, female students are still forbidden from getting an education, and risk their lives attending schools. The war in Afghanistan has pushed Talibans away from central control, but their influence on isolated patches of territory is undeniable. And wherever they rule, young Afghan women are forced to remain at home. Malala represents an example of the fight of women against oppressors, and is an inspiration for the Pakistani as well as the Afghan education system to do more for the safety of these young women.