The Issues of Zero Tolerance Policies in U.S. Schools

The Issues of Zero Tolerance Policies in U.S. Schools

The issue of schools using zero tolerance policies has become a very controversial topic. Zero tolerance policies started being used in schools after Congress passed the Gun-Free Schools Act in 1994, which made it mandatory for a student to be expelled if they brought a gun to school (www.educationworld.com). These policies spread much faster the deadly shooting at Columbine High School, which left one teacher and twelve students dead. The murderers also killed themselves (www.cnn.com).

Zero-tolerance policies were supposed to limit violence in schools by not allowing anyone to possess a weapon for any reason at all. Initially, the concept worked well, and was supported by many politicians, including George W. Bush. (www.cnn.com). Now however, things are starting to change. Zero-tolerance policies are becoming less useful and effective due to the little to no application of common sense by school officials. Cases such as when a student only in second-grade was suspended for eating a Pop Tart into a shape that “looked” like a gun, or when a third-grader was expelled for bringing in a cake-cutter with cake when it was her birthday, only show how poor zero-tolerance policies have become (www.thenewamerican.com). Zero-tolerance polies originally allowed school officials to have some flexibility when dealing out punishments, but over time, the penalties of making one mistake in school got harsher, even for the smallest offenses.

Racism also plays a role into the controversy of zero-tolerance policies. Minorities are said to have a higher probability of getting suspended or expelled from schools than white students. Based on studies from the Office of Civil Rights, one in five African-American boys received a suspension compared to the one in fourteen white boys who were suspended. Some believe that there is a stereotypical mentality that some teachers have towards minority students (www.hechingerreport.com). Those people say that teachers are more likely to suspect an African-American student of doing something bad over a white student. Others say that racism is just used to blame disciplinary issues in schools, while the real reason for the gap between minority and white students’ disciplinary records is simply that minority kids behave worse in school (www.cnn.com).

The supporters of zero-tolerance policies state that if a student does something bad in school, then they should be removed as soon as possible to allow the classroom to continue functioning routinely and orderly. Zero-tolerance policies help this occur by quickly taking action when a student does something wrong by giving out a fixed punishment. This limits violence in schools that were ever so present in the 1990s, and creates a better classroom environment (www.thebadgeguys.com).

The opposition to zero-tolerance policies claim that by giving every offence the same punishment, the situation is never taken into account. A student could have accidently brought a knife to school, but the punishment would still be the same as another student who purposefully attacked others with a weapon (www.thenewamerican.com). By not allowing any common sense to be used, zero-tolerance policies increase the rate of school dropouts and crime by being harsher on students. Since smaller problems are dealt with much quicker, administrators don’t deal with unique issues of students individually, starving them of social support. The student, who was desperate for social support, is then isolated from society, having no one positive to look up to (www.thebadgeguys.com). Also, studies have shown that zero-tolerance policies have had little to no affect in reducing problems in schools. Instead, they have increased suspension and expulsion rates throughout the nation, which have not guaranteed safer school environments or improved student performance. Students who are expelled from school are at a greater risk of dropping out of school and going to prison (www.edutopia.org).

Zero-tolerance policies need to be changed to help students instead of harm them. School policies need to be flexible while enforcing discipline at the same time (www.forbes.com). Instead of giving out the same punishment to every offence, each case should be treated separately, and school officials should be allowed to use common sense when dealing with special cases. Already, school systems in California, Texas, Maryland, and Connecticut are changing their disciplinary standards state-wide to minimalize suspension and expulsion, while making school buildings pleasant places to be. The federal government is also working through the Departments of Education and Justice to reduce the gap between races. They are also helping reduce suspension and expulsion rates by implementing better alternatives (www.edutopia.com). These changes show that the educational system is working on making the lives of students better, and ensuring that every student receives fair and equal treatment. 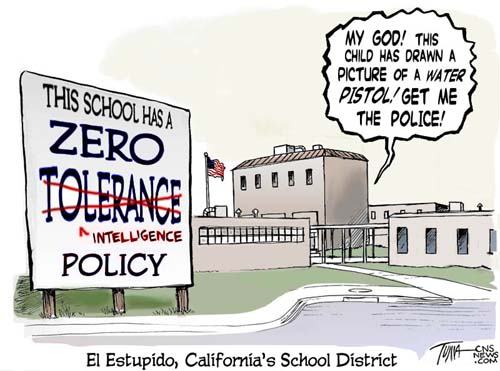 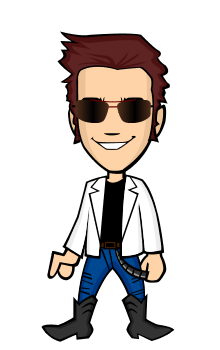