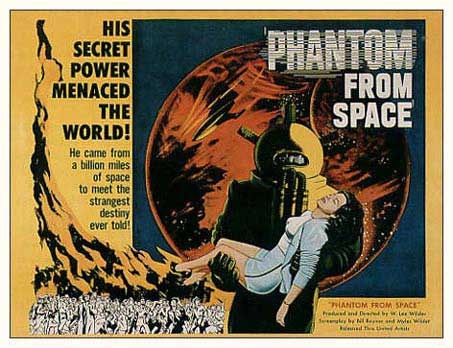 Mixing up film genres is certainly no rarity in film and science fiction and film noir is a marriage that has and hopefully will happen again.  "Bladerunner" is an awesome example. Thirty years before that spectacle was a similar union of genres in 1953's "Phantom From Space." I'll admit it might be a stretch to call anything in this movie film noir but it borrows a tact used in film noir and police dramas of the era: the police procedural/documentary like narration. "Phantom From Space" opens with a shot of clouds moving over the sun and then forks of lightning accompanied by music of ensuing dread with some cooky-ness. Seems like a prototypical beginning to a 1950s sci-fi/horror movie but it's then followed up by a lengthy narration describing the forthcoming story as one from a secret file in D.C. There is stock footage of planes, ships, radar stations and a narration of a UFO sighting in Alaska that is being documented by time of report, location, altitude and speed. An attempted interception goes for naught and the UFO disappears somewhere around Santa Monica. The switchboards are going crazy, government agents are scurrying, classic vehicles with giant antennae, it's all very serious! 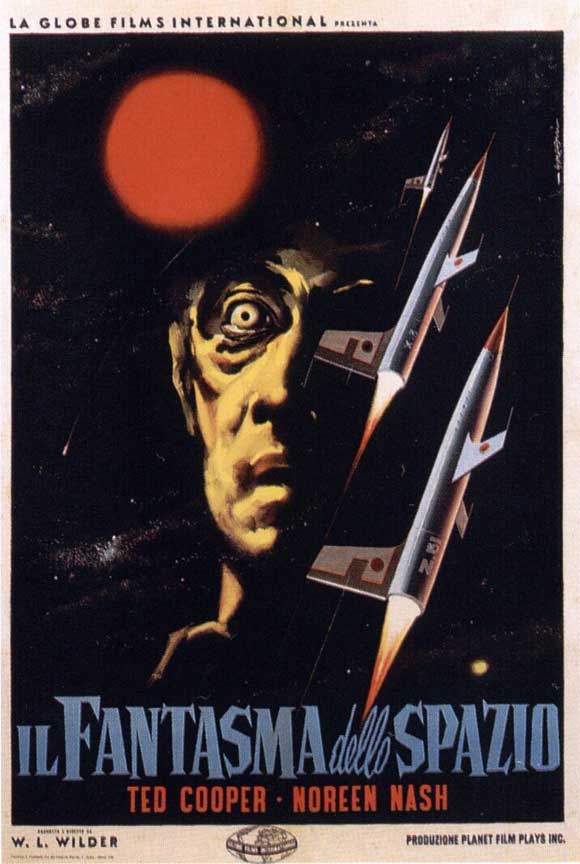 "Phantom From Space" was produced and directed by W. Lee Wilder and written by Bill Raynor and Wilder's son Myles Wilder (a movie making trio in the 50s). It's an entertaining movie one time through. No one associated with the film was big time and there are many ludicrous things in the movie. How are people touching radio-active material with nothing but rubber gloves? Come to think of it, how are they even alive in the same room? It's fun to find your own ridiculous things in movies so I'll leave the rest to y'all but I did think the space helmet was cool. It reminded me of Bane in "The Dark Knight Rises" with the tubing feature. And the movie overall made me think of the Norwegian 'found-footage' documentary "Troll Hunter," in which outlandish material is presented to us as serious in a reality that has assimilated the outlandish as fact. Be sure to catch that great movie before the remake is done (to be helmed by British director Neil Marshall). 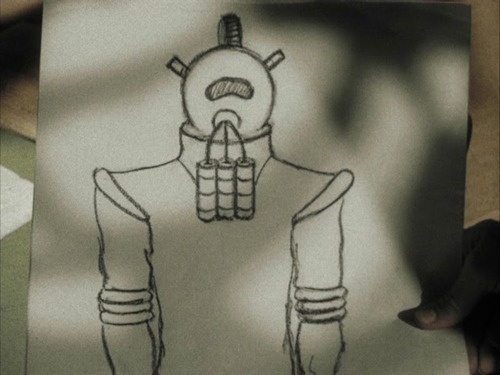 There may be moments in "Phantom From Space" and countless other B movies that make us laugh at moments the films' creators intended to be serious (like the police sketch of the alien), and we may scoff every now and then at the crude ridiculousness that is on display lacking even some thread of theoretical basis, BUT! The B movies back then were almost all truly independent studios whose budgets were dwarfed by the major studios. Perhaps I'm a sucker for movies in general and older ones for sure. Movies say something of the time they were in. This dude in a space/diver suit that's selectively magnetic and radio-active shows up and people start attacking it. Could've been the best chance at meeting a peaceful alien but we blow it by assuming this different being means us harm. Lots of different paranoias swimming around in the 50's, but fear of the unknown is always a popular one.

Read my past blogs at http://www.filmannex.com/webtv/baxter_martin/blog-posts