Animate your Pictures Through Muglife

We are truly gifted nowadays with the new inventions to enjoy day by day. An old picture, a sculptor, a picture frame, a tree- as long as they are pictures, are given a life. As long as we have a gadget, an image can move. Who would have thought that a simple tapping of our cellphones, the Monalisa painting can wack or even the liberty statue of NewYork? Who would have thought that a dead person's image can live once again through a single app? In this content, let me introduce to you the Muglife to animate pictures. Its animations have different movements to choose from.

Getting to Know About Muglife

Muglife is exclusively for iOS, designed of 3D animation. We can use photos everywhere as long it has a clear frontal face to be detected. By choosing a quality portrait can result to a realistic animation. It controls our mouth, eyes, and facial reactions. It is also effective for emojimation and poses controls. Through Muglife, we can create a short video clip and GIFs. 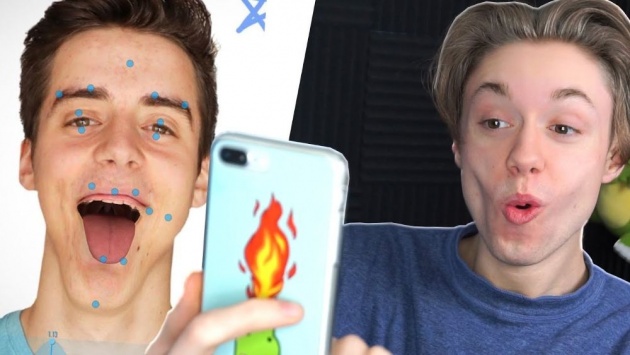 Muglife has created a group of computer experts in graphics along the innovation of the future computer. It intensifies its disintegration of old photographs into 3D building blocks. The camera is well-studied to put in the app, the flash, exterior texture, and geometry. Photorealism through cinema animation is a plan to succeed plucking the 3D data. The last technique is reconstructing the picture like the characters on 3D online games.

By finishing the file you made, you can share it on your media accounts such as Facebook, Twitter, Avatar, Email, Text Message, Camera Roll, Clipboard. You can export the file as a video loop, gif, and a photo of your phone. The video loop is HD.

Muglife was created since 2017 by LLC and is a registered trademark of Muglife LLC. It was featured by the Apple company as one of the best apps of the iOS world.

The muglife.com warns fraud mug life apps that claimed their eligibility to be installed on Android. Those websites are fake. They carry malware that can shut down your phone. The app owner is concerned about this issue and is open for a complaint through their support at support@muglife.com and info@muglife. Muglife incorporated can report the frauds to Google to have the company removed. 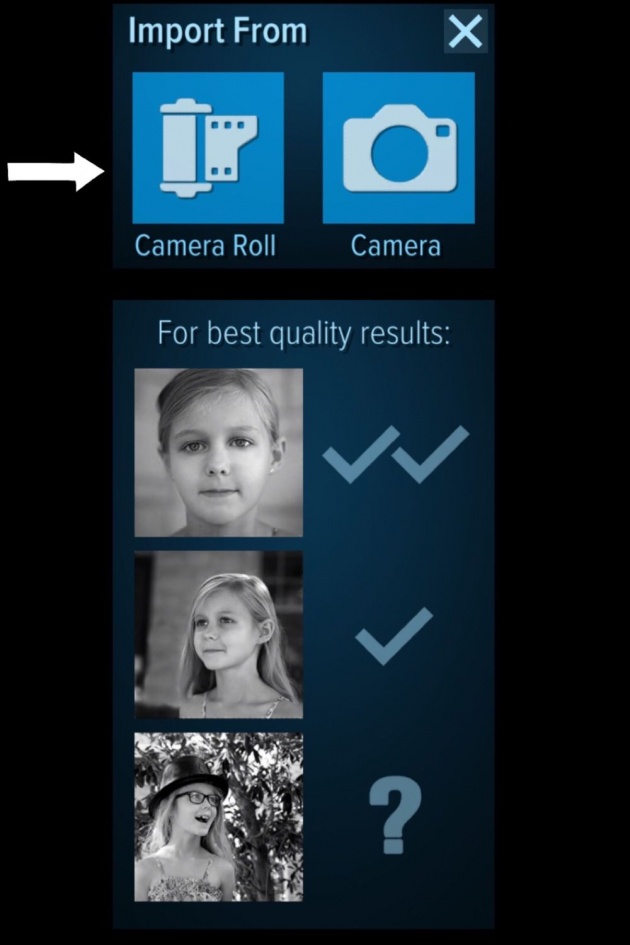 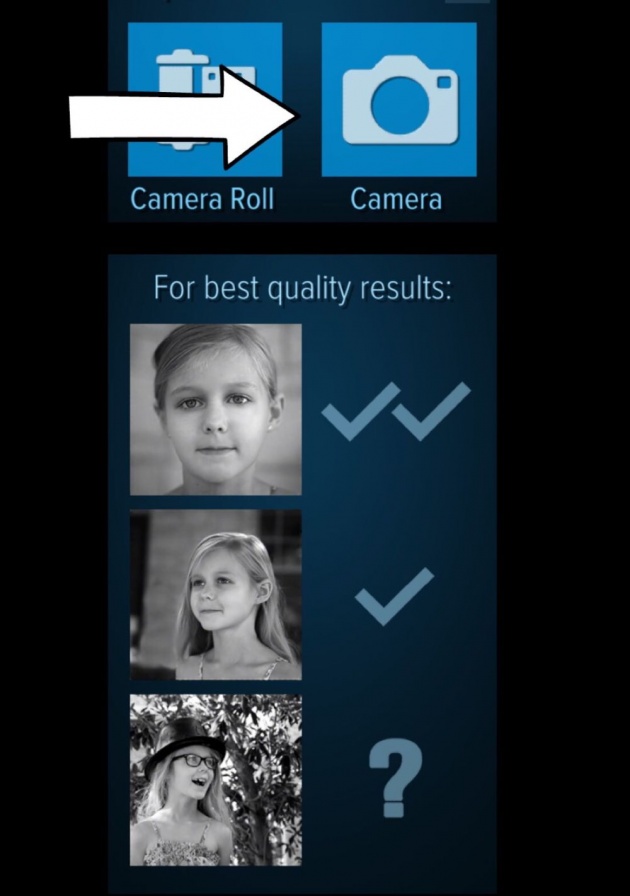 At the top, tap the *camera icon. Tap the *Camera Roll. You can also capture your current face by clicking the *Camera on live. Below, you are given an idea about the quality capture of the good pictures. The frontal angle is focused to get the most quality result. Side-viewing can be good but make sure that the face is clear enough. 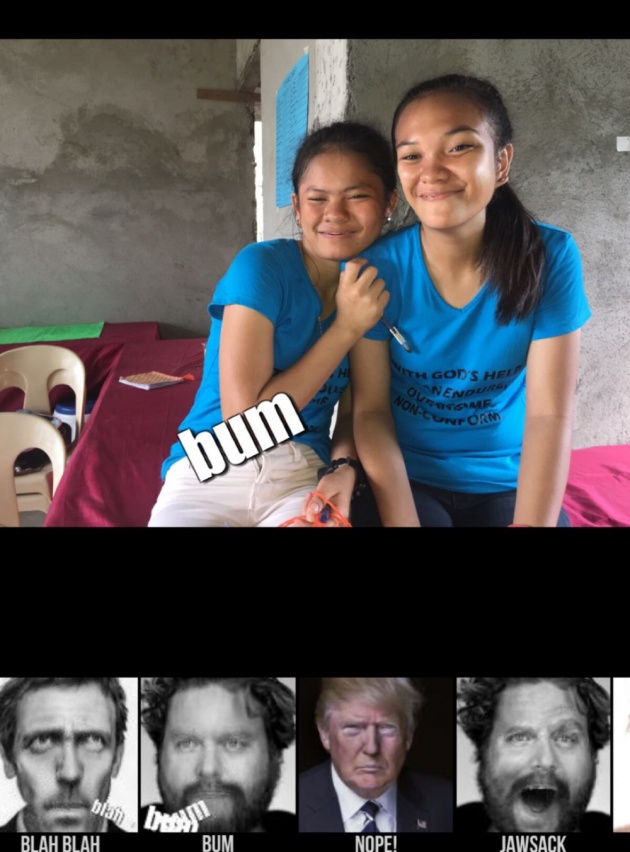 After you chose your picture to be animated, there are many facial movements to choose from whether you like the image to chwerk, say *blah_blah, bum-bum, and anything. The result is funny, some pieces are creepy. 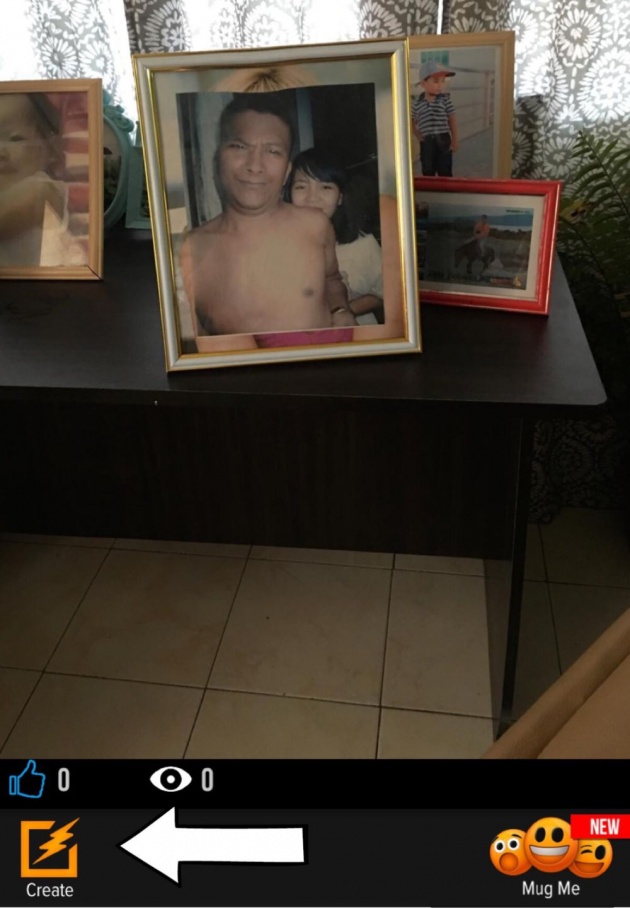 By tapping the *create thunder icon at the left side, you can customize your own animated picture. Tap *pose tool if you like to be in control of the mouth's movement and arrange the dots to the points.

Tap the *emojimation if you like to imitate the emojis' expressions. You can play the emojis like a piano.

Tap custom control if you like your pet's face or animal pictures to be animated. You can arrange the points to the animal's mouth and eyes to make it move. You can animate the mugs, sculptures, books, and other nonhuman characters.

Pose tools, emojication, and custom control are the paying tools of Muglife. There is a 7 days free trial but we need to pay 4.79 USD thereafter. Per month payment costs 1.04 USD for 12 months. One-time purchase costs 28.67 USD.

Things to do to Have a better Muglife Experience

Make sure you have a Facebook account to log in directly. After logging in, you will be directed to the home page with displayed memes and gifs made by the Muglife users. These masterpieces are the featured posts. 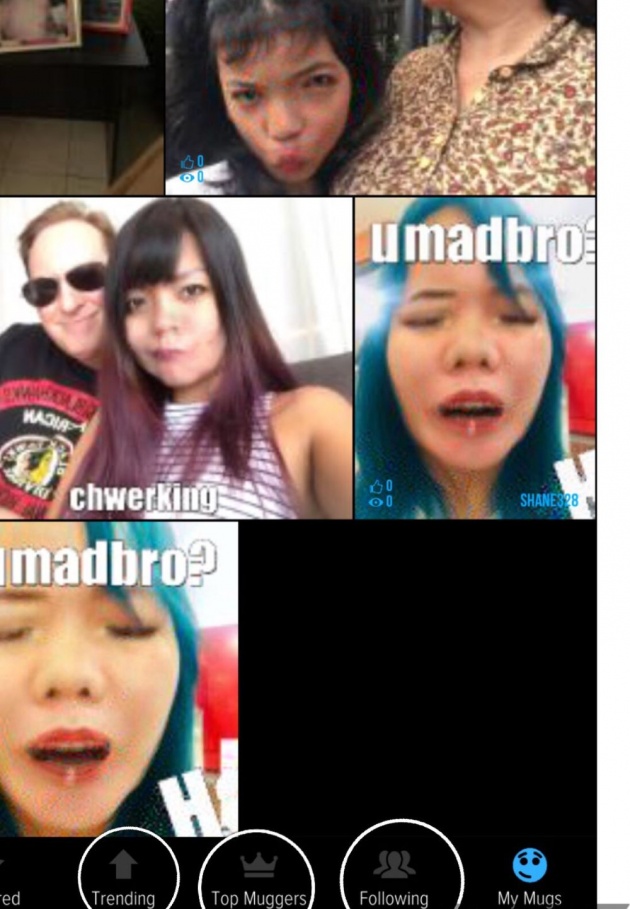 Below, tap *trending to see the most visited masterpiece. Tap *top muggers to see the active muggers. Make friends by tapping *following to follow the user. See your previous works by tapping *My mugs. 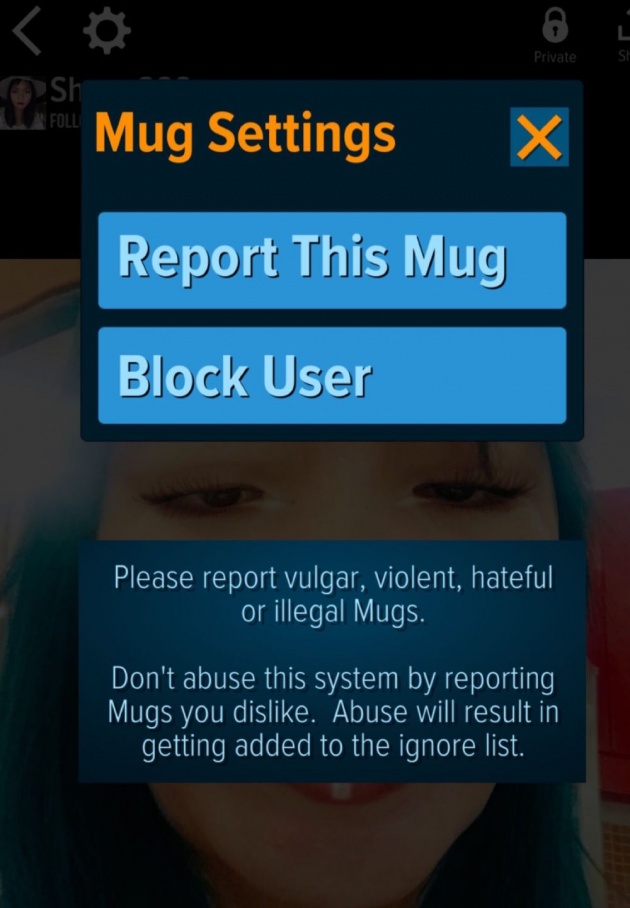 By clicking the Mug *settings at the top, two options are *Report this Mug and *Block user. Report a user who uses vulgar languages, violent, hateful, and illegal muggers. Don't over-report such because it abuses the system. Your reports will be neglected.

Below-right of your created picture, see how many views you get from your creation and the numbers of likes you get. 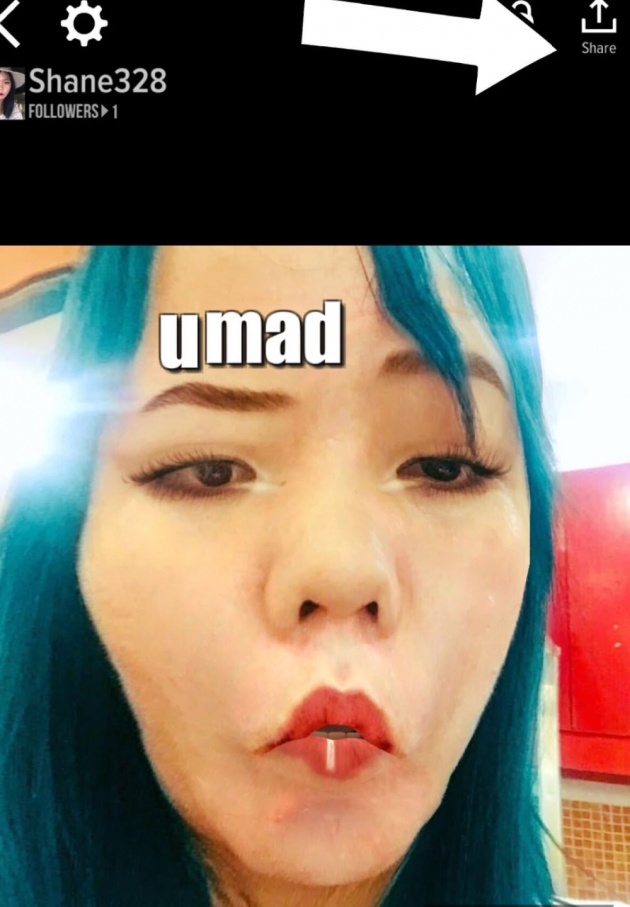 At the right-top of your masterpiece, tap *share beside the file icon. 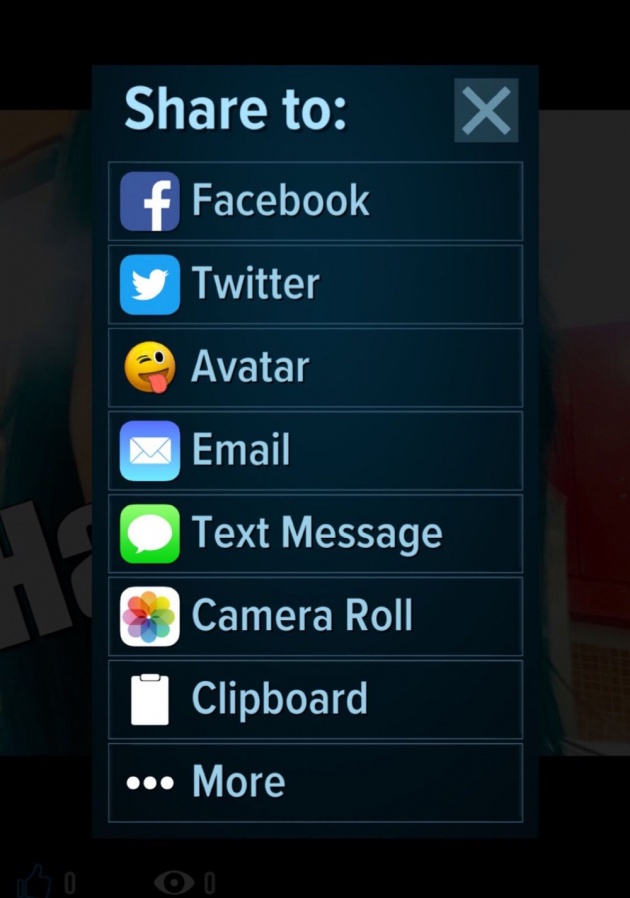 If you desire to save your creation inside the app to be popular, to get many followers, to meet new friends, tap the *file icon at the right-top beside the saving icon. You are provided the two boxes where you put in your tags accurate for your file to gain many views. 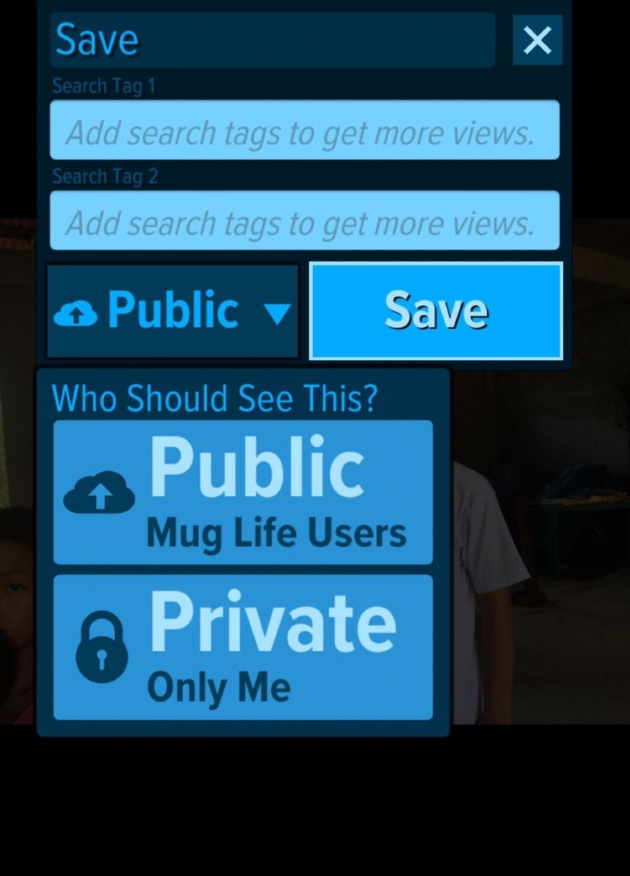 If you desire to keep it only for you, tap the *public button at the left lower portion and choose Private (only me). If you desire to post it publicly, tap *public (for Mug life users) and wait for the coming of your followers and viewers.

The first time I used the app, I thought it was not enjoying because the layout looks amateur and confusing. But I was convinced to use it after I animated my pictures that looked so real. The developers are doing well upon succeeding their mission which is to provide a realistic 3D animation. Its only downfalls are the exaggeration of the face change sometimes in different characters and can't be used without Internet. Our nose becomes pointed that makes us look creepy. Its 3d animation like an online game can also beautify a face and cover up the crooked teeth. Overall, my rate for the app is 5/5.

Visit my tutorials and 4/5 rater blogs:

The list credits, by the article, the sources of illustrations, used by the author of "Animate your Pictures through Muglife". The images are screenshot and edition of the author.

All rights reserved. No part of this article
may be reproduced without the author's personal experience.

When it comes to designing home, Home Design Makeover is an app that gives us the idea of designing …

Why I Love Medibang Paint

Why I Love Medibang Paint Image Credit: @artbytes via Bitlanders I'm A Self-Taught Graphic Artist I…